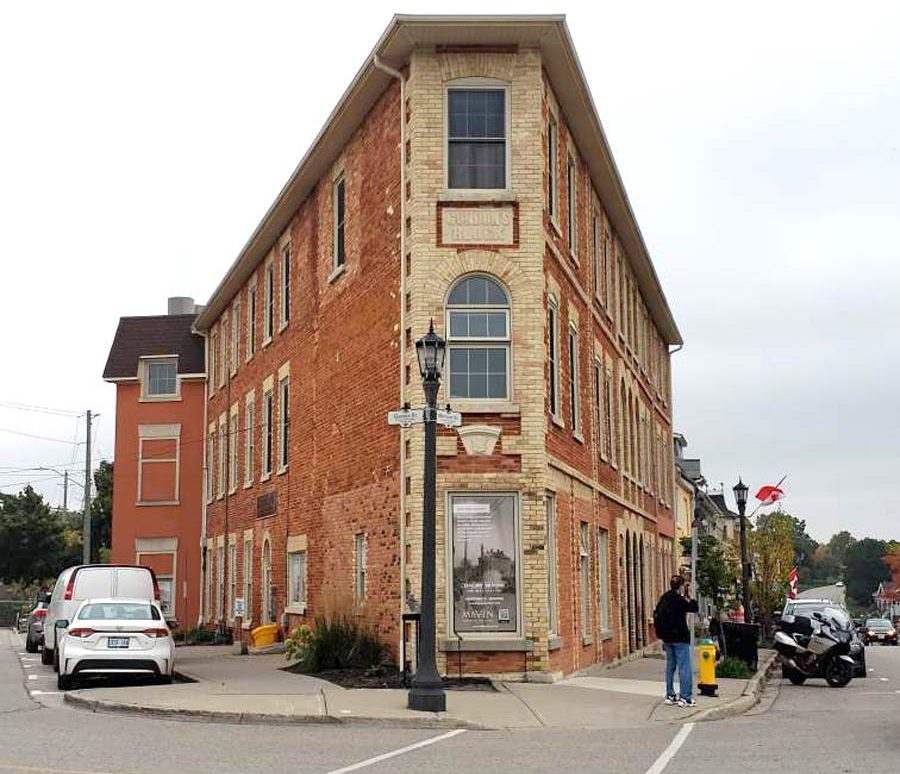 When he learned the historic Dalby House in Elora was for sale, he jumped at the chance to own this unique building and add his own imprint on the village.

“The Maven team (Maven Commercial Real Estate Brokerage) brought the opportunity to me a while back,” Bhanji said in a phone interview.

“To purchase such an iconic building – I could not resist.”

Bhanji bought the building in late fall of 2019 but it wasn’t long before he learned his main tenant – the Grand River Family Health Team – was moving to the new Trailside Medical Centre near the new Groves hospital.

And then the pandemic hit.

“That definitely has been a struggle,” he said. “But we learned there’s a high need for residential inventory in Elora, so we took that and ran with it.

“And we tried to keep costs as attainable as possible, but with construction material costs increasing drastically, it’s been difficult. Still, I’m not out to gouge anyone.”

Because the building was once a hotel, the internal systems – like heating, water, the elevator and so forth –  were easily adapted for residential living.

So the upper two storeys of the building have been converted to apartments – eight units in total; four on each floor.

Ground level will be for retail or commercial space. Bhanji said he could accommodate up to three main floor tenants, “but that could change depending on who rents it.”

Main floor renovations will be tailored to the business, he said.

The Dalby House is the triangular flatiron building at the intersection of Geddes and Metcalfe streets in the heart of the village.

It is a designated heritage building so Bhanji couldn’t do much to the exterior. Not that he wanted to.

“History is important to me,” he said. “I didn’t want to lose the historical aspect. In fact, I want to keep that history alive.”

The Dalby House was built in 1865 and celebrates its 156th anniversary this year.

Right now, the lower-level windows are plastered with archived photos of the hotel and stories about what went on inside.

There’s also a QR code that leads to a webpage with images, floor plans, and an inquiry form.

“To highlight the Dalby House attraction for potential tenants, we selected historical stories around innovation, collaboration, resourcefulness and community,” said Stephanie Maye, an owner of Maven.

“These traits are what made life and commerce in this building thrive in the past and believe it will be the same for the next chapter.”

Main floor retail is now available, while the second and third floor luxury living apartments will be available for occupancy on Dec. 1.