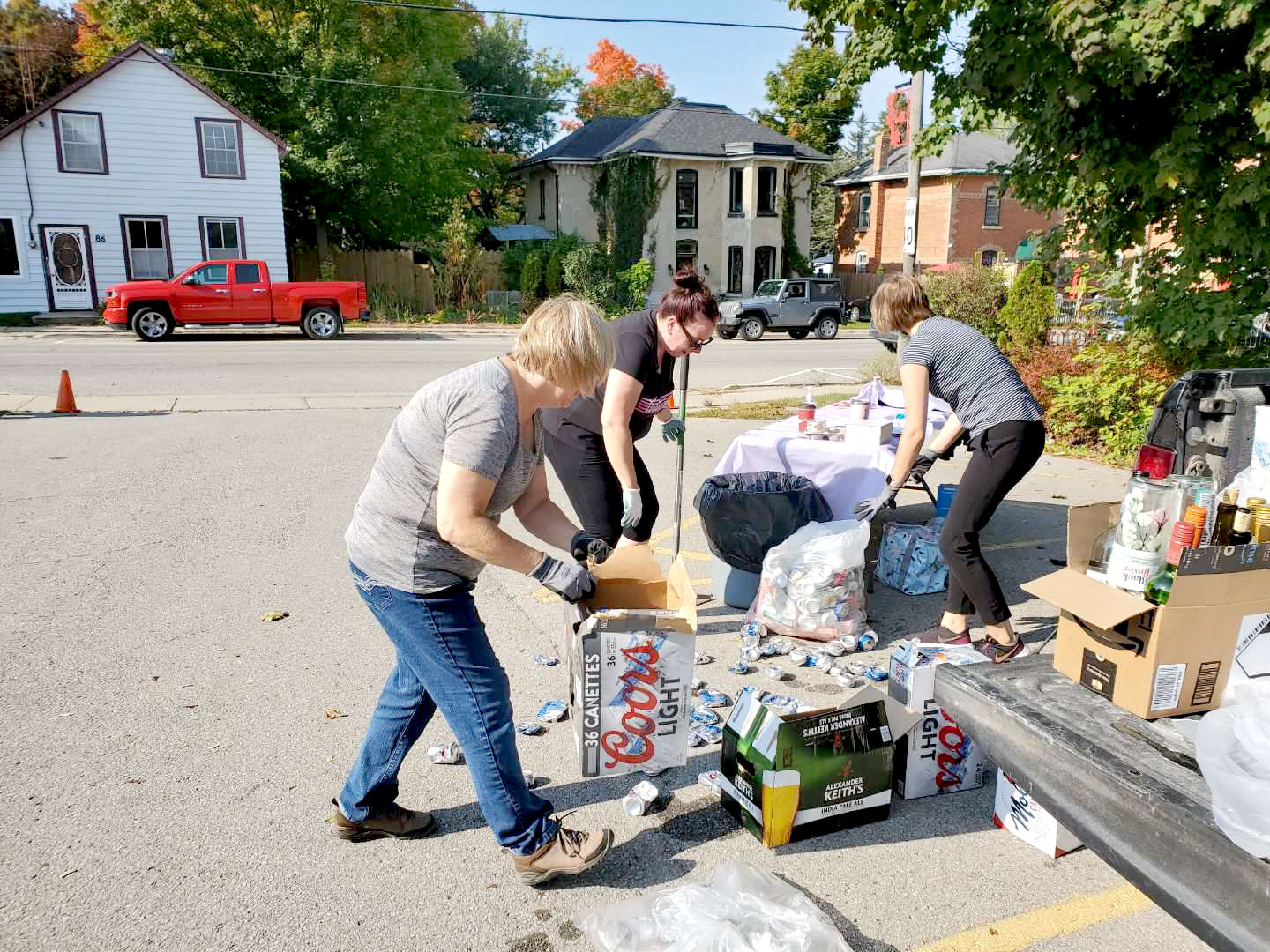 For the second year, the Hillsburgh-Erin Skating Club is hosting a bottle drive as it prepares for the upcoming season. From left: board members Tracy Aplin, Val Bush and Emily McGough. Submitted photo

HILLSBURGH – The Hillsburgh-Erin Skating Club is hosting a bottle drive as it prepares for this year’s skating season.

This year marks the second year for the event. President of the club’s board Val Bush said last year’s event was such a success that the club decided to do it again.

“We needed to raise money because we didn’t really have very much,” she explained. “COVID really hurt us pretty badly last year with registration numbers so we had one… and it was very successful. We had a lot of community support, so we decided to do it again this year.

“We do a couple of other things throughout the year but this one we found last year was so successful that we just want to keep it in place because it really does help us.”

Bottles can be dropped off at the St. Andrews Church in Hillsburgh, from 10am to 1pm on Sept. 11.

Bush said people can pull in and there will be staff there to take everything out of the vehicle and then they can just pull around and exit without even having to get out of their vehicle.

“This is something that we really rely heavily on because it really kind of puts a good chunk of money in our account to assist keeping registration fees lower,” she explained, adding “it definitely helps us pay for ice and coaching so it’s a real money maker for us.”

Bush said the club, which has been operating over 50 years, faced a lot of challenges last year as a result of the pandemic.

“Last year was really tough, there was a lot of work actually involved. There was a lot to navigate with COVID because really things just kept changing. Sometimes we were in orange in Wellington and then we would go into the red.”

Bush explained that instead of running the club’s usual full 20-week session last year, they broke it into two sessions.

“We had a fall session and then a winter session and we basically couldn’t take the numbers we would normally take because at one point we could only allow 10 skaters on the ice,” she explained.

“We really had to struggle with planning and we also had to make sure we could secure more ice time with the town because we needed more ice because of the numbers that we actually had for registration.”

Bush said under normal circumstances, if the club had enough coaches, they could have up to 40 kids on the ice at one time for one session.

“We’re not a busier club, like somewhere in Brampton they could have like 80 kids on the ice, we typically don’t get that kind of registration but for us a regular session would probably be about 40 kids.”

This year’s season will begin the week of Oct. 11. The first skating session in Erin is Oct. 13 and the first in Hillsburgh is Oct. 16.

When asked what she’s most excited for as the club approaches the upcoming season, Bush said she’s most looking forward to just seeing kids on the ice again.

“It was just so weird last year to see 10 kids on the ice with one coach,” she explained. “It just looked so barren last year so I just really want to see the kids out on the ice and I just want to see smiles.”