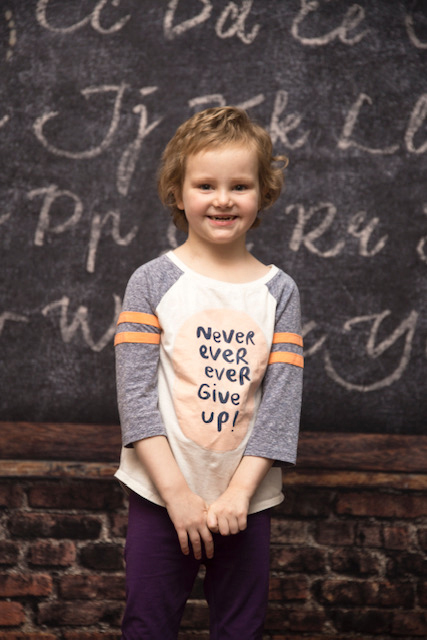 LONDON – Seven-year-old Hayden Foulon just wanted to be a kid.

And while she passed away last year, her memory will live on.

Recently, Hayden was posthumously recognized as a Distinguished Londoner on London Mayor Ed Holder’s Honours List, which recognizes  philanthropic work in the city.

Hayden passed away on Oct. 20 from  leukemia. Despite her young age, Hayden had a great impact on her community, and her city.

A devoted advocate for childhood cancer awareness and research, family members say Hayden accomplished more in her seven years than many hope to achieve in a lifetime.

Her story has attracted the attention of many people across Ontario, including Toronto Maple Leafs star Mitch Marner, who developed a close friendship with Hayden and her family.

For her bravery, and her ability to inspire, Hayden was named to the Mayor’s New Year’s Honour List 2020 in the category of Distinguished Londoner.

Her obituary described her as loving nothing more than watching “her best friend Mitch (Marner)” play hockey and noted she will be remembered “for being easy to love, kind to her core, and someone who refused to quit.”

Hayden’s mother, Lindsay Foulon, was born and raised in Mount Forest and Hayden’s grandparents, Wayne and Ruth-Ann Rawn, still live in the community.

In a telephone interview  with the Community News, Ruth-Ann Rawn described her granddaughter as a “vibrant, outgoing” girl with “a brilliant smile.”

“Hayden always had a smile on her face and was never discouraged or defeated,” Rawn said.

Even after Hayden spent months in the hospital, Rawn said she never heard her granddaughter complain.

Lindsay Foulon told the Community News her daughter’s goal “was just to be a kid.

“She loved the Toronto Maple Leafs and Blue Jays and playing with other kids when she was able. She was a fun-loving child.”

During her short life, Hayden had three relapses as she fought  leukemia.

“Hayden fought initial cancer treatment for 2.5 years, followed by a stem cell transplant and having her sister Harlow as her donor and lived in Toronto for two months, and then went to Philadelphia for Car-T cell therapy and lived there for seven weeks,” Lindsay explained.

“When none of the treatment was a permanent solution, we decided to let her be a kid and live as any child should. She had fun, had many,  many experiences, and was a happy kid.”

Lindsay explained Hayden’s nomination as a Distinguished Londoner came from a London councillor.

“The award acknowledged Hayden [for being] an incredible fighter and for her fundraising efforts for child cancer research,” said Lindsay, adding it was the first posthumous award.

She noted one of the reasons the family lived in London was to access the specialized medical care Hayden required. It was there Hayden first met Marner, when he was a rookie in the OHL. They quickly became friends.

They teamed up for a childhood cancer research fundraiser, selling “trucker hats” that said “Mitch one-six, inspired by Hayden” (view them on the Marner Assist Fund website under “storefront”).

Recently, Hayden’s family and friends conducted a gift card drive in her memory.

“The goal was to give some families some Christmas cheer on Christmas morning, as we know how hard it is being away from family and friends on Christmas,” said Lindsay.

Lindsay acknowledged the overwhelming support of Mount Forest’s Hearts for Hayden, a local team of friends that has held various events and raised $20,000 to $30,000 in support of Hayden.

“They really rallied for us,” said Lindsay explained.

Rawn also noted the response of the Mount Forest community was overwhelming.

“Hayden was a simple kid, who loved her Teddy bear, loved her dog, Mitch, loved her family and friends, and longed to be a normal kid,” said Lindsay.

“She never questioned why this happened to her, just put on her super hero cape and fought as long and hard as she could. It was a six-year cancer battle, and although she had leukemia, she never let it define her.  We miss her immensely.”