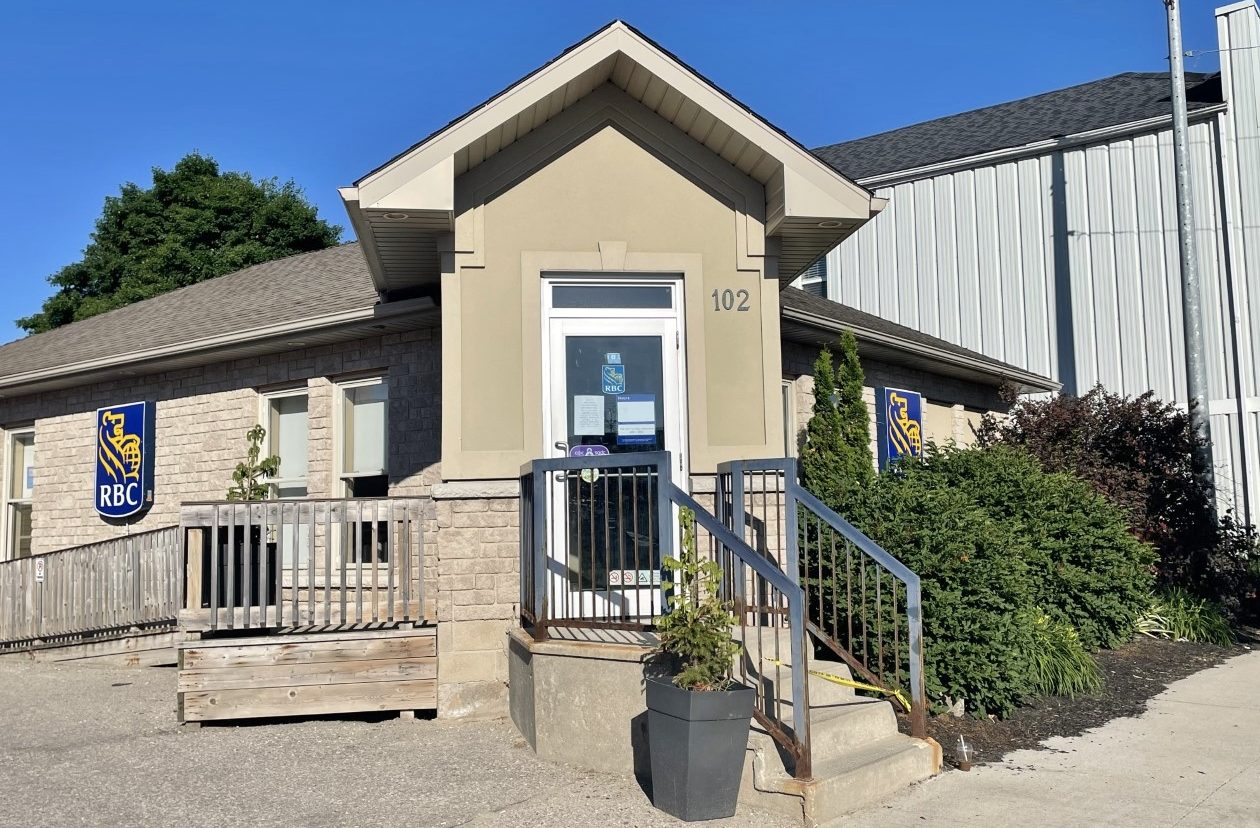 The RBC bank in Harriston was the scene of an armed robbery on June 22. Photo by Patrick Raftis

HARRISTON – Police are investigating an armed robbery at the RBC bank here on June 22.

Around 3pm, Wellington County OPP responded to a report of a bank robbery on Elora Street South in Harriston.

“Three persons armed with handguns had entered the business and stole a quantity of currency before fleeing south on Elora Street in a silver sedan,” states an OPP press release.

Both staff and customers were in the bank during the robbery, the release notes.

Around 8am Thursday morning the bank remained closed with police tape across the stairs leading to the entrance.

A note on the door stated that “due to unforeseen circumstances the branch will remain closed until further notice.”

The note directs clients to the branch in nearby Listowel and provides a number to call for immediate assistance. 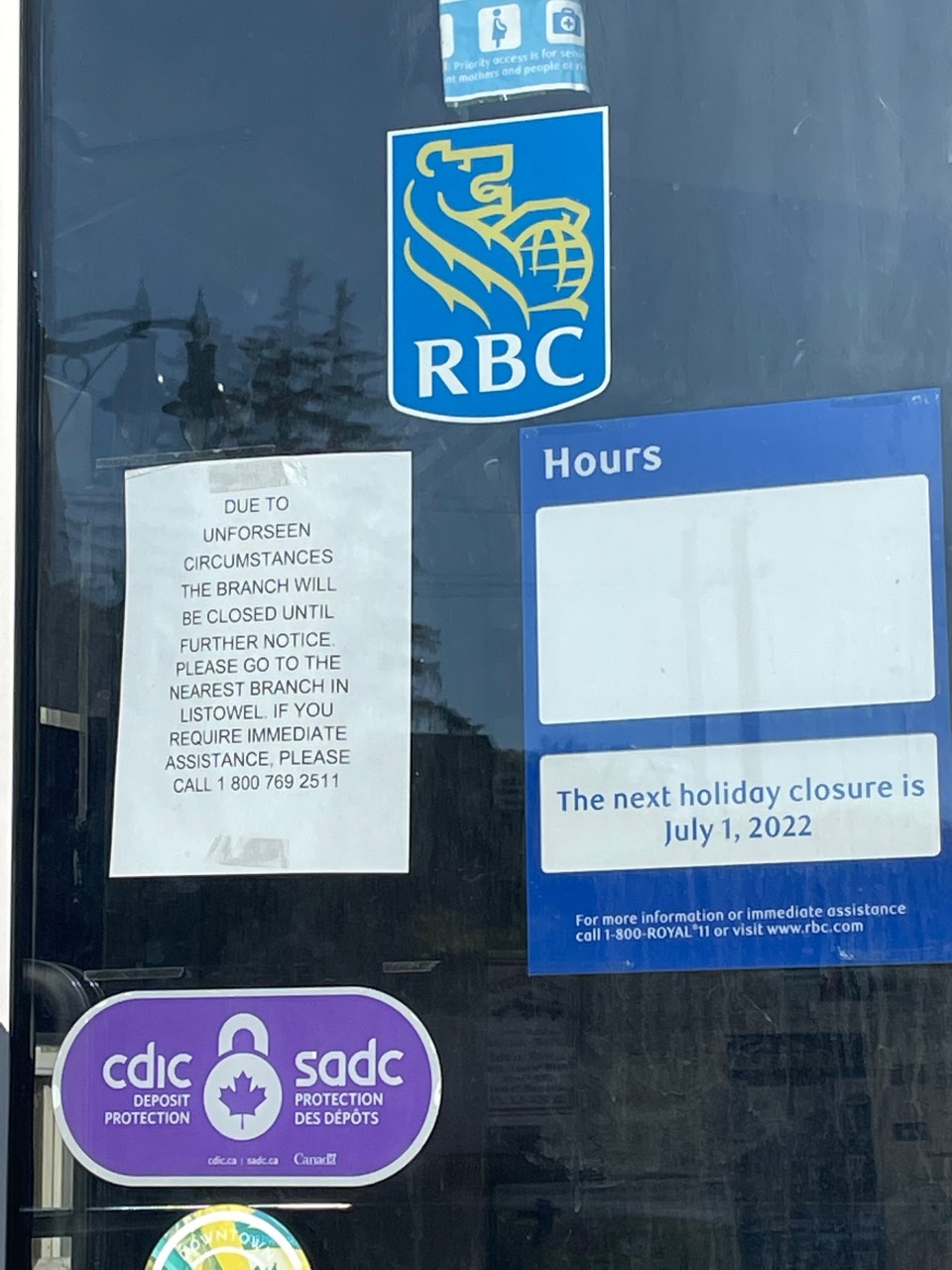 An note on the door advised clients the bank remained closed on June 23. Photo by Patrick Raftis

In response to the incident, Minto-Clifford Public School in Harriston went into a late afternoon lockdown situation, which also affected participants in an after-school program operated by the Town of Minto.

“In response to the robbery yesterday, the school went into lockdown, then a hold and secure,” explained Minto director of fire services Chris Harrow, who is currently a co-interim CAO for the municipality.

“As we run our after-school program on site, our staff and participants followed the protocols in consultation with on-site school administration staff.”

He could not provide the exact time the lockdown transitioned to a hold and secure situation, but said only one parent was delayed in picking up their child.

Anyone with any information about the robbery is asked to contact the Wellington County OPP at 1-888-310-1122.

Police are also asking anyone with video of the bank around the time of the incident to contact police.