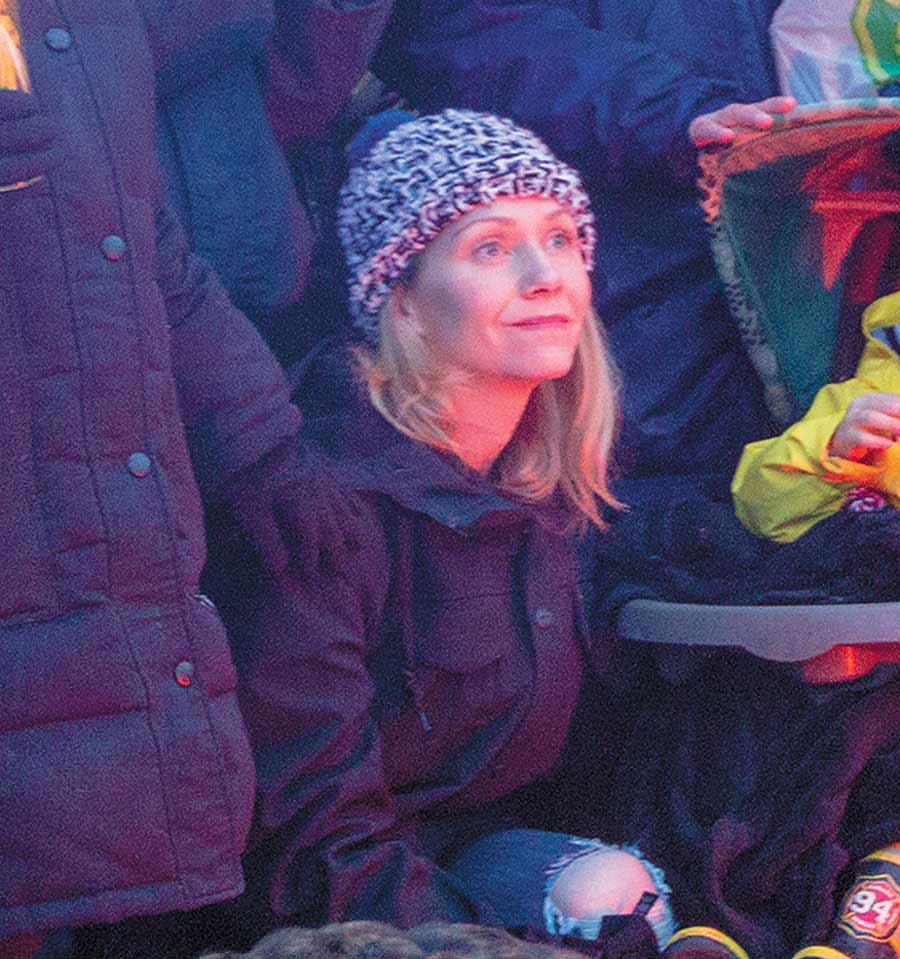 Michelle Hanson at an April 25, 2018 vigil for her son Kaden Young, plans to request a change of venue for her trial on charges of impaired driving causing death and criminal negligence causing death. Advertiser file photo

ORANGEVILLE – Michelle Hanson, the mother charged in the death of her three-year-old son Kaden Young, and her lawyer, Marco Forte, plan to request a change of venue for her  upcoming criminal trial.

Hanson appeared in court in Orangeville on Dec. 16, and was remanded to appear on Feb. 11 for the motion of a change of venue.

Forte, who has been representing Hanson through the trial, did not appear alongside her in court.

Forte has hinted, on several occasions, that Hanson would likely not receive a fair trial in Orangeville.

A preliminary inquiry was held in July to determine if there was enough evidence for Hanson to be tried with counts one (impaired driving causing death) and three (criminal negligence causing death).

Justice Richard Humphrey ruled on July 30, after eight days of a preliminary inquiry and discovery, that Hanson would face trial for the two criminal charges.

“This evidence constitutes some wanton or reckless disregard for the life of the child, Kaden Young,” said Humphrey.

Forte spoke with the Orangeville Citizen following the ruling in July about whether he would be requesting the trial be held in a different location, saying he planned to take a closer look at the impact of both social media and mainstream media coverage.

“I’m aware of a lot of the social media coverage and different Facebook groups and social media groups that have sprung up as a result of this case and the localized nature of some of those groups,” said Forte.

Despite the motion for a change of venue, which will take place in February, assistant Crown attorney Danielle Garbaty said a pre-trial would be held in Orangeville.

In the early morning hours of Feb. 21, 2018 Hanson failed to stop at a “road closed” sign at the 10th Line of Amaranth, driving onto the flooded road. The minivan she was driving was swept into the Grand River.

Hanson and Kaden, who was in the vehicle with his mother, both managed to escape, but Kaden was pulled from his mother’s arms, plunging into the icy, raging river.

Kaden’s body was found under a bridge in Belwood Lake by a fisherman on April 21, two months to the day that the boy went missing. Hanson was arrested on Oct. 11, 2018.

According to the indictment the Orangeville Citizen has obtained from the courts, Hanson must be tried by Oct. 13, 2020 as part of her right to be tried within a reasonable time frame.

Hanson will make her next court appearance on Feb. 11.

– Paula Brown is a freelance reporter with the Orangeville Citizen.

ByPaula Brown, Special to the Advertiser