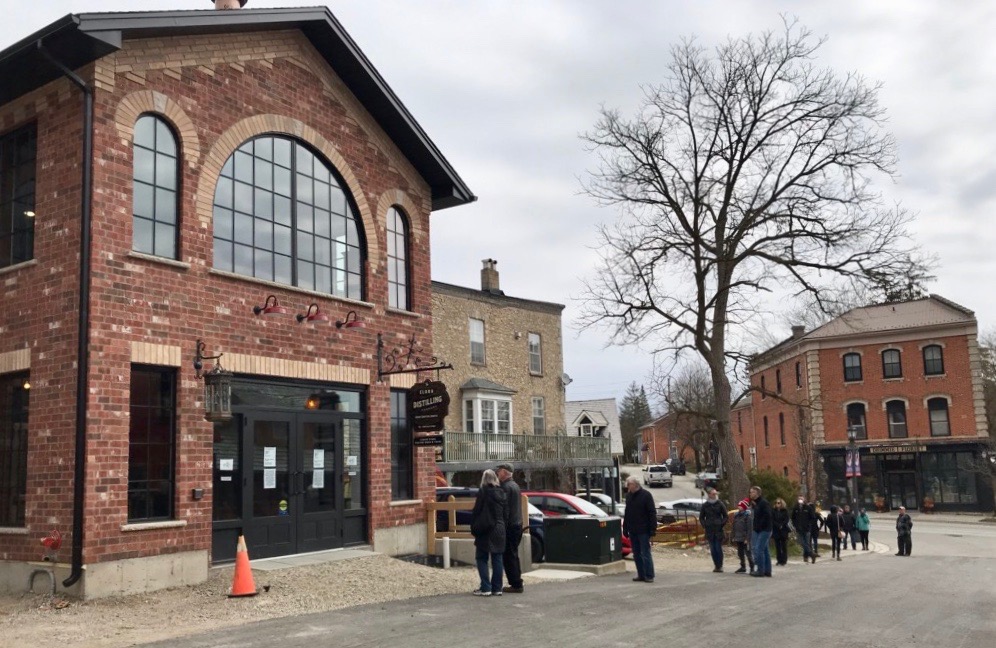 ELORA – It was a little hocus-pocus that was behind the creation of the Elora Distilling Company, and a little distillery magic that has transformed it, temporarily at least, into a hand sanitizer manufacturer.

And based on the number of people who lined up on opening day April 23, it’s a transition that could keep the business afloat, at least until they can start making potable alcohol.

“We opened at 11am today and half of the product is already sold,” said co-owner Marty Van Vleit in a phone interview.

“People were lined up down the street.”

It wasn’t supposed to be this way, though.

Van Vleit and his partners had planned to make their own vodka, whiskey and gin on the premises, with a tasting room in the store.

They constructed a new building near the corner of Church and Metcalfe streets in Elora and had been experimenting with formulations to get product just right.

Suddenly, their efforts to complete the building and get a license from the Alcohol and Gaming Corporation ground to a halt.

“So, we decided to make hand sanitizer instead.”

That hasn’t been an easy process either. It’s taken several weeks and four ministries to get approvals to make and sell the product.

“It hasn’t been that hard to change,” he said. “But getting the plastic bottles is virtually impossible.”

They found a source and bought 6,000 bottles, and also managed to get labels on the bottles. 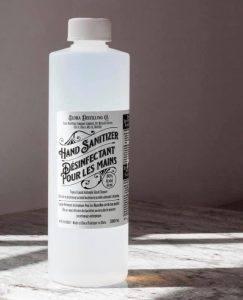 “But you can’t get pumps or sprays. And we only have 500ml bottles. After approval from the Ministry of Health, we pulled it together in about a week,” he said.

Van Vleit said the company intends to give 10 per cent of each batch to a charity.

This week 30 bottles went to the Centre Wellington Food Bank and 10 to a women’s shelter in Kitchener.

The distillery intends to make hand sanitizer for the next three or four months – or longer depending on the need – and still hopes it will get its license and be able to produce spirits as well.

The tasting room won’t be able to open until lockdown restrictions are lifted.

It hasn’t been the splashy opening they were hoping for, but it’s keeping four or five people employed. Van Vleit said the three owners are not yet drawing paycheques.

“Right now we’re just focusing on carrying on,” he said.

But the vision, which started with a love of cocktails, hasn’t died.

Van Vleit said the dream of opening a distillery came after the three friends started experimenting with cocktails and mixed drinks.

That happened after they were given a bar guide from 1936 that featured the popular-in-its-day Hocus Pocus: two parts gin, one part triple sec and a splash of grenadine.

“It’s the first cocktail we made and it’s delicious – like a boozy Sweet Tart,” he said. “You have three of those and all your problems go away.”

The Elora Distilling Company is selling hand sanitizer Wednesdays to Fridays from 11am to 5pm in-person only, observing social distancing protocols.

The distillery is at 102 Metcalfe Street. 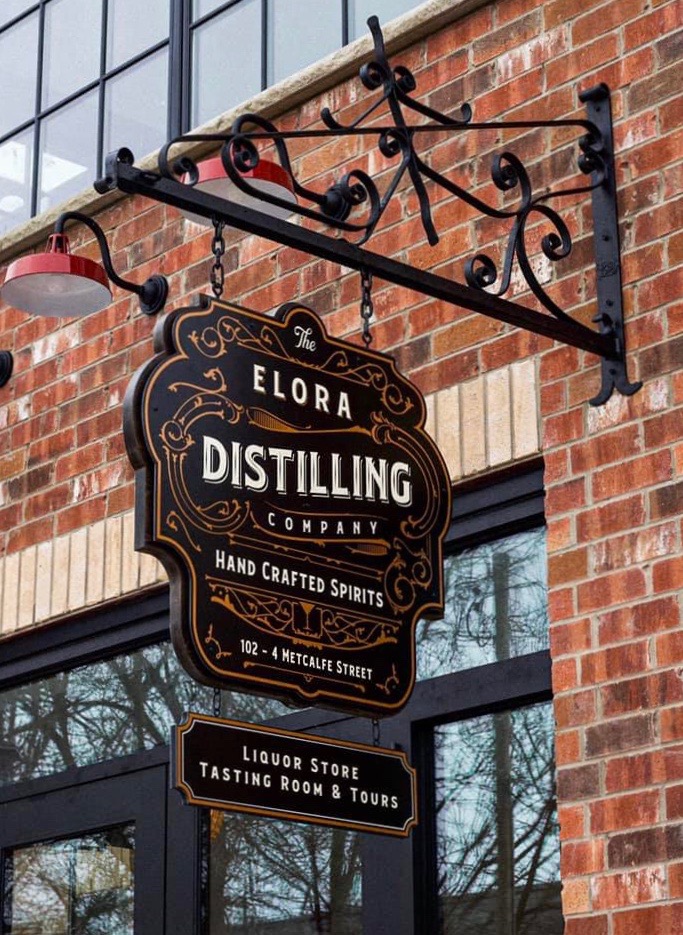