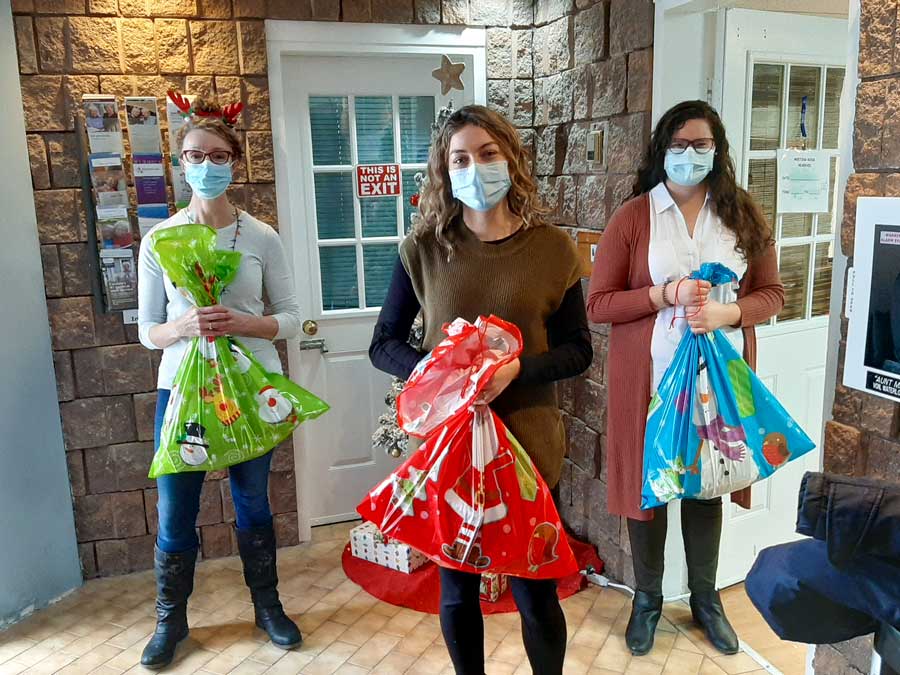 NORTH WELLINGTON – The Mapleton Seniors’ Centre for Excellence and Victorian Order of Nurses (VON) are spreading some Christmas cheer to older individuals living alone in northern Wellington County this season.

“It tells seniors that they matter and even though we haven’t been seeing them out and about as much as we would in a normal year, that they are still very important to their communities,” said Helen Edwards of the Seniors’ Centre for Excellence

The two organizations offered a stocking program to deliver gifts to seniors within Mapleton, Minto and Wellington North.

The program has been running for four years.

“It’s been a tough year this Christmas, so we we’re really pleased that we were able to create more stockings than ever,” Edwards said.

This year the organizations will be giving out 60 stockings and in 2019 they gave out 45.

This year the organizations collected monetary donations and bought the items. About half the donations came from businesses and churches and the other half came from private citizens.

“It really is a whole community taking care of their own,” Edwards said.

She noted the recipients are identified through Seniors’ Centre for Excellence and VON programs, as well as through community partners.

“It is mostly people living in the community who live alone and … potentially might not have something to open on Christmas morning,” Edwards said.

She also noted the program received some last minute donations so they are also taking 31 small gifts to those living on the retirement side of Caressant Care in Arthur.

All of the gifts were wrapped by volunteers who picked the items up, took them home to wrap and returned them for distribution.

Over the next few days volunteers will deliver the stockings and gifts. Every recipient will have their stocking or present by Dec. 23, Edwards said.

In addition to the gift program, citizens in all three northern Wellington communities – mostly children – created about 400 homemade Christmas cards.

“We were able to send those out with Meals on Wheels and through the mail and in the stockings,” Edwards said.

She noted a similar program was run in March when the COVID-19 pandemic began and she received very positive feedback from recipients.

“I had a lady that called me, I would say three weeks ago, just to let me know that she still has the card on her fridge and she looks at it every day,” Edwards said.

“These things are meaningful.”

Edwards added the organizations are hopeful for next year.

“There is hope for 2021 with the news of the vaccine and we’re really excited about seeing seniors out and about again,” she said.

To find out more about the Mapleton Seniors’ Centre for Excellence click here.