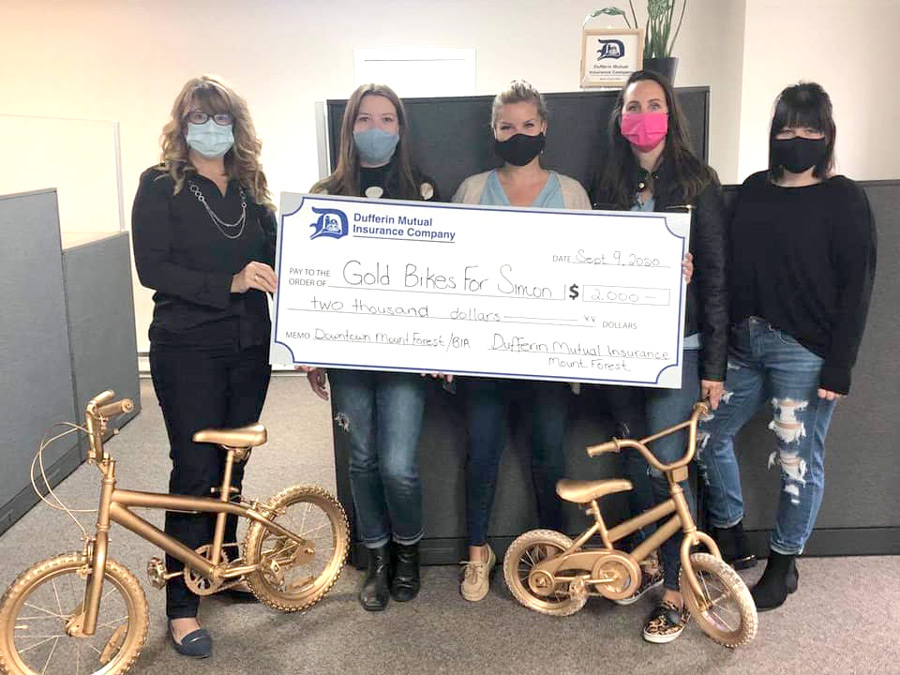 MOUNT FOREST – A campaign by a downtown business organization is raising awareness of childhood cancer and funds for a local youth fighting against it.

Madden said 50 per cent of the money raised through the Gold Bikes For Simon campaign – almost $3,000 as of Sept. 11 – will go to help Simon, parents Tyler Edgar and Sam Dickert, and Simon’s three siblings with “whatever they possibly need to get them through this.”

The other half of the money will be donated to Ronald MacDonald House Charities, which provide accommodations for parents visiting their children in hospitals.

“A family that experiences something like this, there’s a lot of hardships that go on in the household,” Madden noted.

“And they spend a lot of time out of town at the hospitals with their children so a lot of the time they are using Ronald Macdonald House Charities when they have rooms available.”

The Gold Bikes for Simon campaign (gold is the signature colour of Childhood Cancer Awareness Month) runs until the end of September.