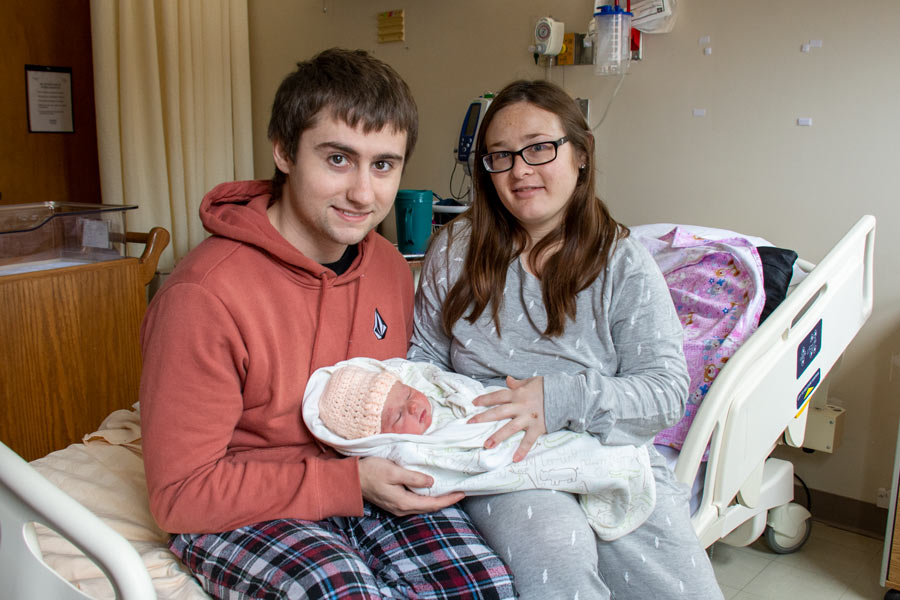 PALMERSTON – The first baby born in north Wellington in 2020 is Miya Lee Beckberger.

New parents Jennifer Henderson and Jordan Beckberger said Miya arrived one day prior to her due date.

The couple went to the Palmerston and District Hospital just after midnight.

“Because I thought she was coming, but it was only two to three centimetres dilated so I had to come back,” Henderson said.

At around 3am the couple went back to Hanover, where Beckberger is from, and waited until 8am to make the 20-minute drive back to the Palmerston hospital.

Beckberger noted Henderson was in labour for about 20 hours.

Beckberger was with Henderson in the delivery room. “I got to cut the cord and all that,” he said.

Once Miya was born, Beckberger said it was surreal. “I was really nervous in general,” he said.

The first-time parents spent a few days in the hospital with their daughter and by the afternoon of Jan. 2, both of their families had met baby Miya.

She is the second baby born in Wellington County this decade.

The first was Jack William Merrill, born to parents Jessie and Markus on Jan. 1 at 4:16pm at Groves Memorial Community Hospital in Fergus.

He weighed eight pounds, eight ounces and was 21 inches long.