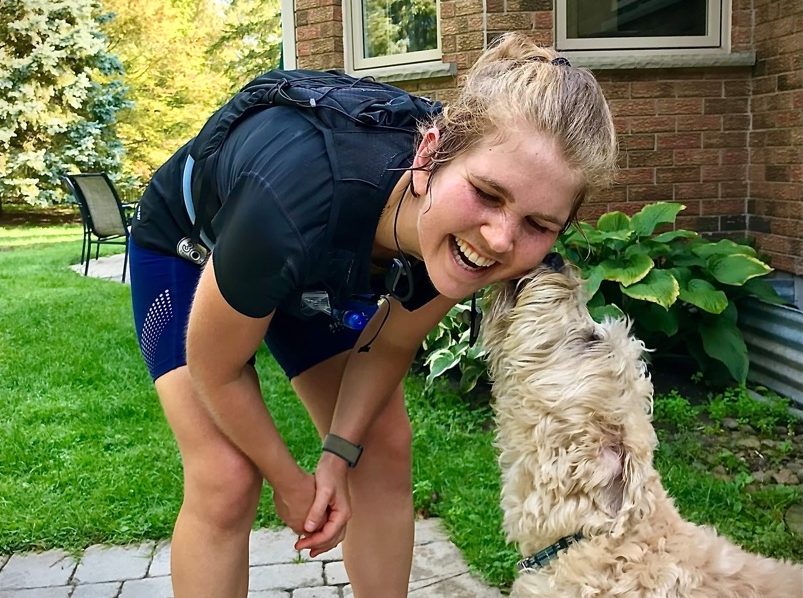 “It’s so cool because doesn’t that seem so small? Canada is so huge, you would think that it would take more then 205 segments, or marathons, in order to cross the country,” said Clarke.

She came up with the idea for the marathons last fall while thinking about what Terry Fox was able to do for cancer research.

“I just thought that wouldn’t it be cool to have a bunch of people, not travelling so far, or running as far as Terry Fox did as individuals, but to come together each running our own segments to literally cross the country,” she said.

The idea seemed crazy, said Clarke, “but then I started slowly plotting the route. Then as I chipped away, plotting this route across the country, it made me think, ‘oh maybe we could actually do this, maybe it could actually be a thing.’”

The routes are 42.2 kilometres in length, and go from St. Johns, Newfoundland all the way to Tofino, British Columbia.

Clarke said she wanted to plan out each route on low-traffic roads and trails that she would want to run on.

“I decided to do it this way because giving the option would enable it to not last too long, so that we could actually finish all 205 in good weather this summer.

“It will also hopefully give people enough flexibility,” said Clarke.

She added she wanted the flexibility so that people can prioritize their safety and not have to run in poor weather conditions.

She also said the routes she planned are just suggestions, and that if the roads she chose are too busy with traffic, runners may adjust as they feel comfortable.

“The important thing, I think, is that we explore and that we cross this country, but if we don’t do it exactly end to end in a perfect connected line that’s totally okay,” she said.

There are five charities that runners can choose to support while running:

There is a $20 registration fee for each runner that  covers runner’s insurance for the event – and any leftover money from this fee will be split between the charities.

Clarke said organizing the marathon has been challenging, but she feels like this could be something great for the running community after COVID cancelled most of the events for runners and lowered morale for many.

“Before the lockdown I had signed up for a bunch of marathons, and they were all cancelled, which was fine, but it did reduce a lot of excitement in the running community,” she said.

She added she wanted to find a way to bring back some excitement for other runners.

“It’s a risk, putting something like this out there, and not knowing how many people are going to end up participating, but I’ve just chosen to accept the discomfort and go ahead with that risk because it could also be something great,” she said.