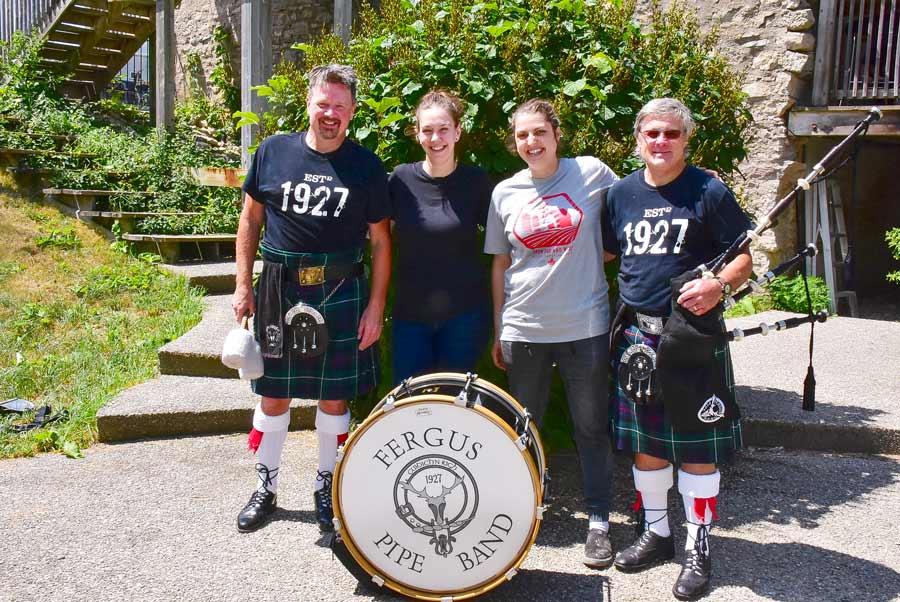 Pipe band - On July 28, the Shepherd’s Pub invited the Fergus Pipe Band to help with the grand opening of its new location on Mill Street and the opening of its new patio. Mill Street was full of people hearing the band from afar and the pub was full to capacity for the opening. Bass drummer Derek Bowers, left, along with Pipe Major Murray Young, right, and the two owners, from left: Martha deBoer and Sara Salmona say they considered the day a grand success.
Photo by Bill Longshaw