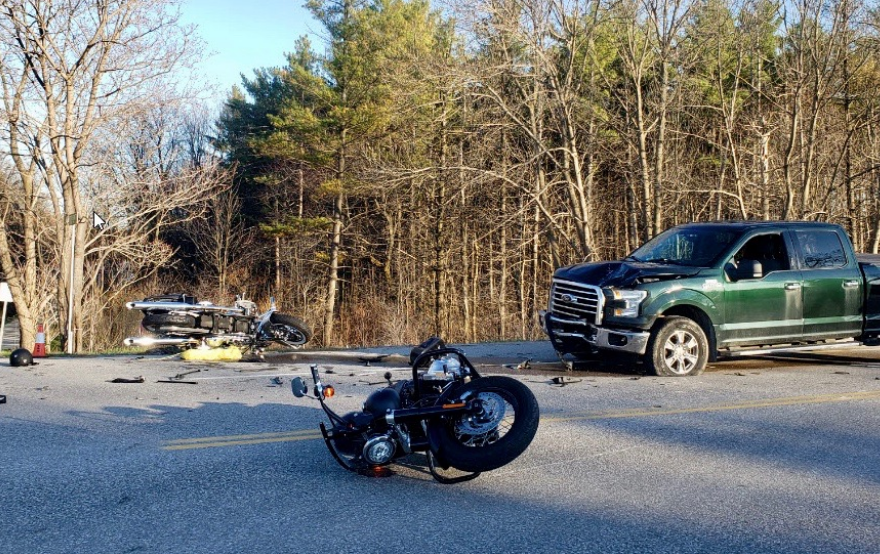 A Fergus man has been charged with careless driving in connection with this May 1 collision on Wellington Road 19 in Centre Wellington. The crash left one motorcyclist dead and a second injured. Advertiser file photo

CENTRE WELLINGTON – A Fergus man has been charged with careless driving in a crash here last month that left a Nichol Township man dead.

Emergency crews were called to the scene at Wellington Road 19 at the 6th Line of Centre Wellington on May 1 at about 4:15pm.

John Bott, 65, of Nichol Township died as a result of the collision and the second motorcycle operator received non-life-threatening injuries and was later released from the hospital.

He is to appear in Guelph court on Sept. 2.