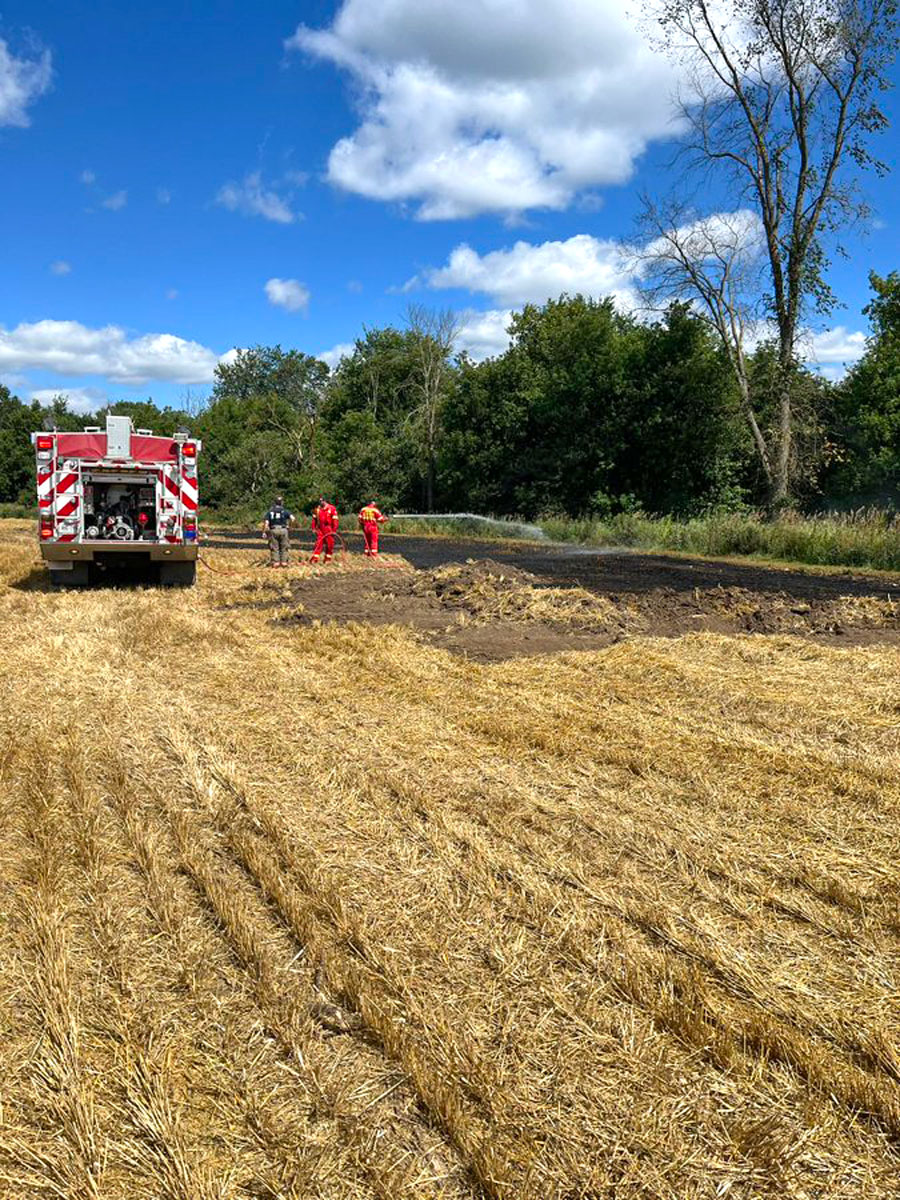 Grass fire – Firefighters from the Fergus station responded to a grass fire at on the 5th Line on Aug. 11, but the fire was contained and out by the time they arrived. (Deputy fire chief Twitter photo)

CENTRE WELLINGTON – Firefighters from the Fergus station responded to a grass fire on the 5th Line on Aug. 11, but the fire was contained and out by the time they arrived.

Deputy chief Jonathan Karn said a farmer was cutting and baling straw in the field and the equipment threw a spark that started the fire.

“They were able to use their equipment to contain the fire and called 911,” he said. “When we got there [the fire] was out. We put water on it to make sure. It wouldn’t take a lot for it to flare up again.”

Karn said when straw is cut, it leaves “stubble” in the ground, and it was the stubble that was burning.

Although conditions are generally dry in these parts, “it was not super windy and that helped. It was ideal that they had equipment on site to contain the fire,” Karn said.

He noted the fire department has a mapping system that identifies all the bridges that are out in the region and firefighters consult the map before heading to any fire.

So they knew the bridge at 5th Line north of Wellington Road 19 was closed and took an alternate route, getting them to the site promptly and without having to turn around.

He said about six firefighters from the Fergus station attended the scene.

“If it had been larger, we would have called the Elora station as well,” Karn said. As the fire was already extinguished, “we cancelled a couple of responding vehicles.”