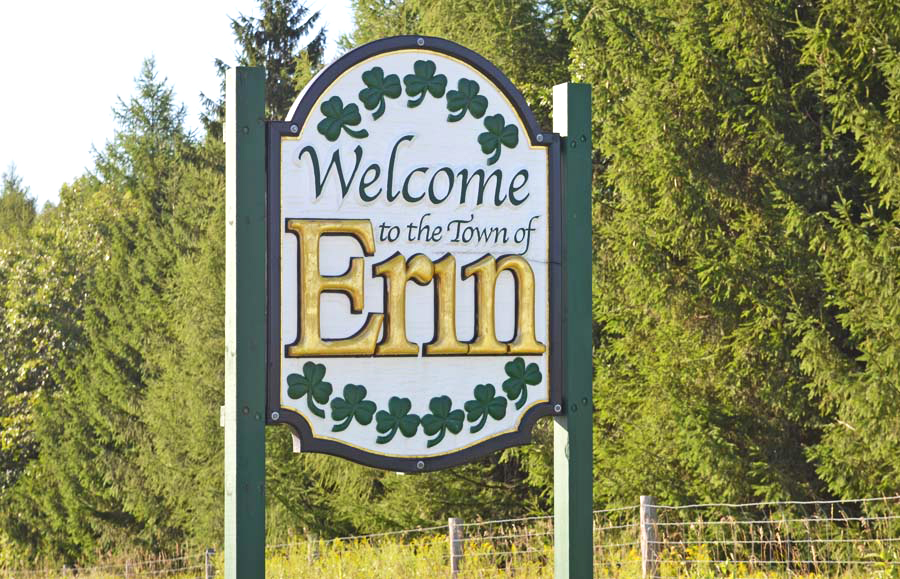 ERIN - Town council is looking at a proposed tax increase of two per cent, most of which would be held in reserve for future projects.
Photo by Phil Gravelle

ERIN – It’s not the first time that one of Erin’s large “Welcome” signs has been sawed off its posts and stolen.

On Aug. 29, Wellington County OPP received a report of the sign theft on Wellington Road 124 near Winston Churchill Boulevard, at the Erin-Caledon border.

It was reported that sometime between midnight and 6am, someone made off with the sign, which features raised gold lettering and green shamrocks.

(The name Erin is a form of the Gaelic word Éire, meaning Ireland.)

Police say the sign’s wooden support posts were cut and the sign was gone.

In 2013, an identical sign was cut from its posts at the town border north of Hillsburgh.

It was eventually found discarded in a ditch, but it was in poor condition and had to be replaced, at a cost of $6,916.