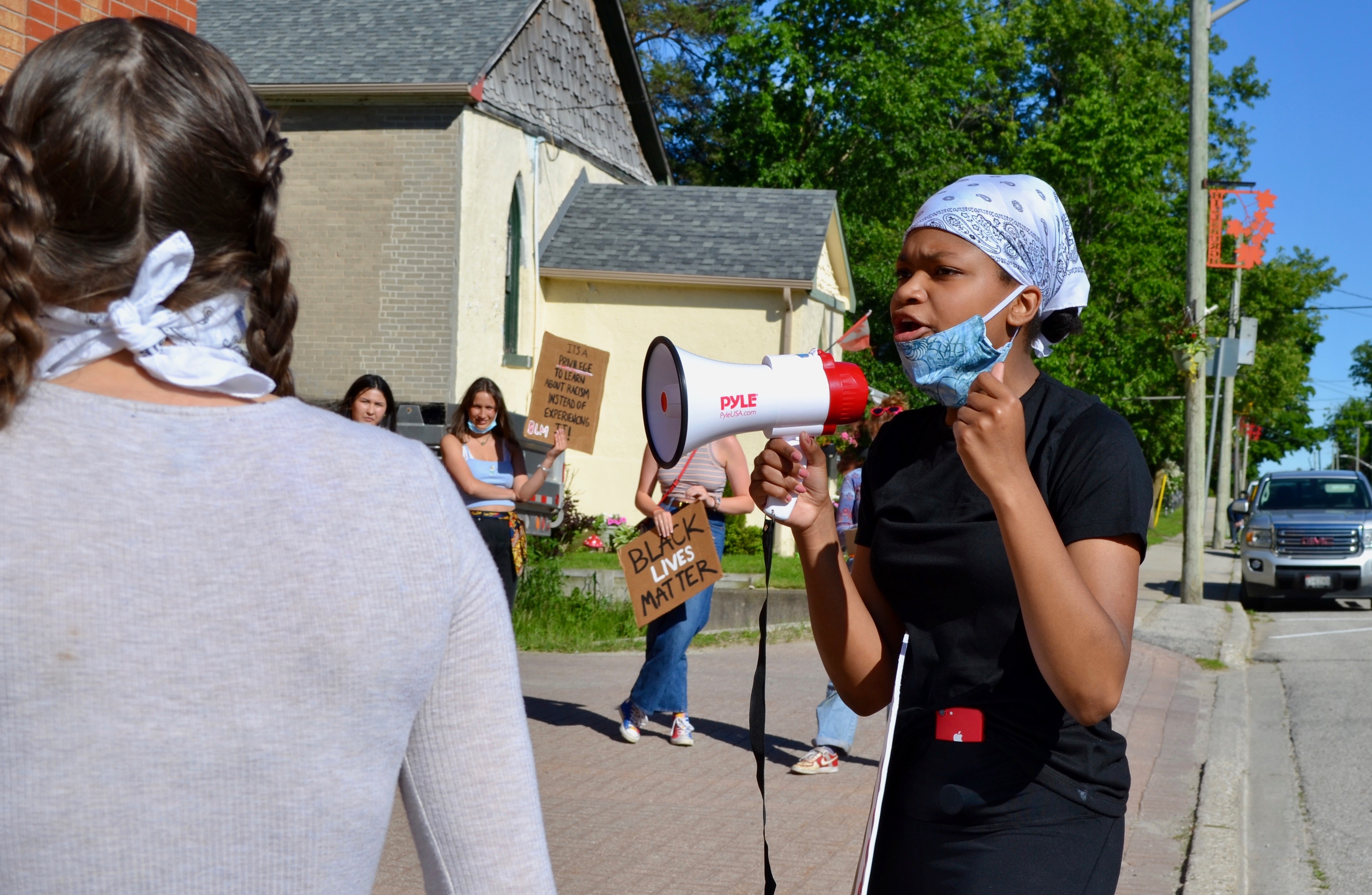 Mesha Morgan speaks to those who gathered for the Black Lives Matter march Saturday evening in Hillsburgh. Photo by Joanne Shuttleworth

HILLSBURGH – Students from Erin District High School took to the streets of Hillsburgh on June 13 to raise their voices against racism and injustice and to publicly throw their support behind the Black Lives Matter movement.

About 30 people – mostly students – marched up and down Trafalgar Road North through the downtown in the early evening, carrying signs saying, “Canada is not innocent,” and chanting slogans like “No justice, no peace.”

They were generally met with honks of support from passing vehicles, and a group of young people playing basketball nearby shouted their support when the marchers passed by.

The main organizers of the event – Mesha Morgan, in Grade 11, Oliver Beckingham, in Grade 10, and Brooke Lawrie, wrapping up Grade 12 – said they came to be friends through the diversity club at school.

That club prepared a board for Black History Month in February telling the stories of important Black figures in Canadian history.

But other events were cancelled due to snow and then everything shut down for COVID-19.

When news of the murder of George Floyd by four police officers in Minneapolis emerged and the subsequent riots in the street of many U.S. cities began, they felt compelled to stand up for the issues they had discussed in the club.

Though the population in Wellington County is largely white, that doesn’t mean there isn’t racism here, they said.

And anyone who lives in the world needs to stand up for what’s right, even if they haven’t seen or experienced the injustice for themselves.

Morgan’s family is originally from Ghana, though she is from Mississauga and has lived in Erin for five years.

“My personal experience, I haven’t faced a lot of racism and I feel privileged for that,” she said.

“I joined the diversity club because I could see there is not a lot of diversity here. I saw it as a way to educate people and create understanding.” 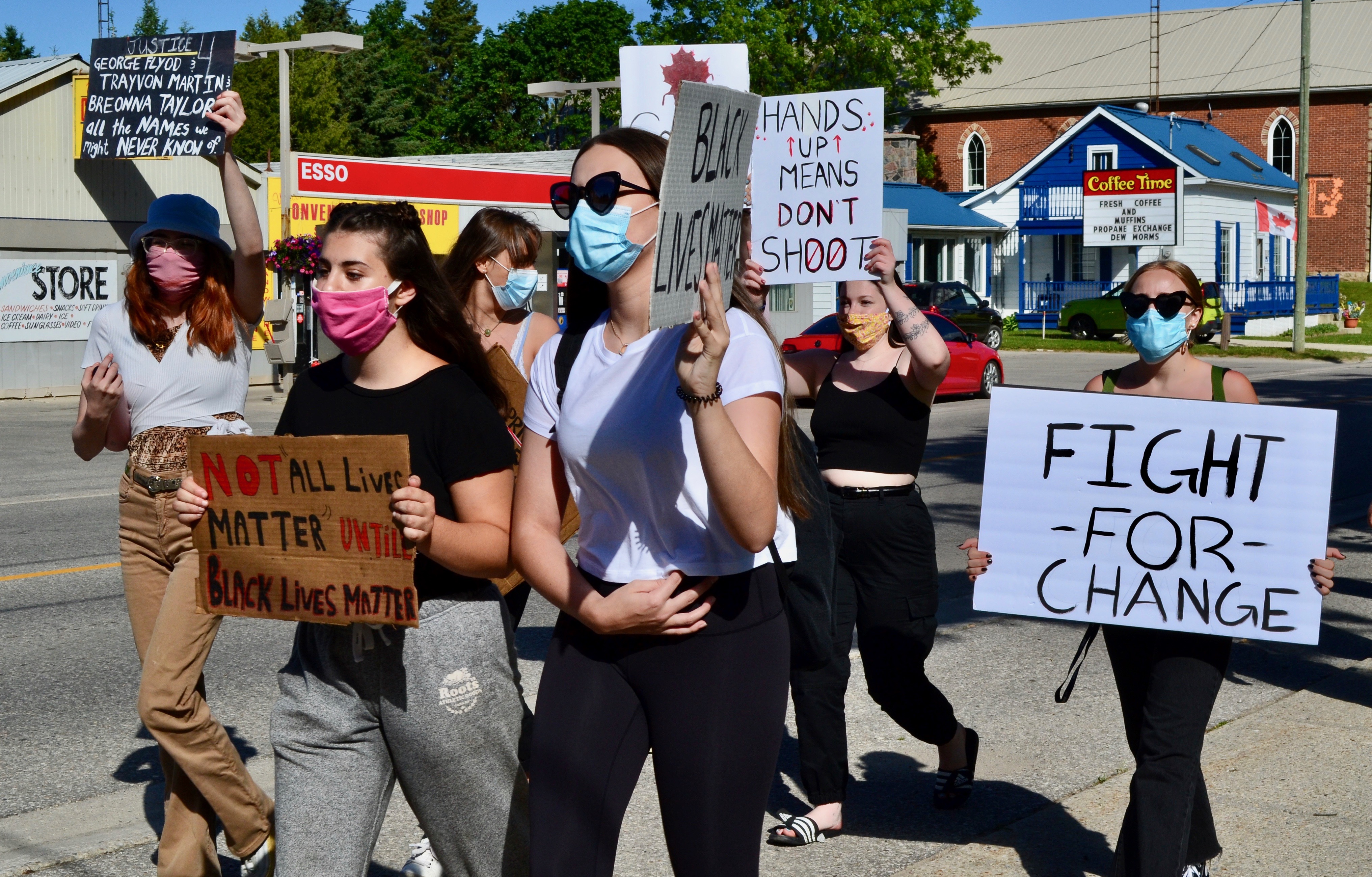 “I really want to shine a light on this. With this march we want to educate,” said Morgan.

“We need change. There’s so much more going on than this little town.”

Lawrie said it’s not right that Black people are losing their loved ones just because of the colour of their skin.

“As a white person, I’m embarrassed. It just isn’t right. This is a fight that needs to be fought,” she said.

Lawrie said she hopes being vocal will raise awareness and help people understand they can make a difference.

Pam Fanjoy, a local business owner, ran across the road to speak to the marchers at one point, noting she was overwhelmed with emotion to see them marching for their convictions.

“What you are doing here today is amazing,” Fanjoy told the students.

“To see you young people taking up the voice of people who are marginalized is wonderful.

“Keep doing it. This community really needs it.”

Stephen Gayfer, principal at the high school, said in an email that the march was not a school event, “although as I have expressed (in a Tweet), I am proud of the kids.

“As a school and board we are aware of the need to embrace issues of equity and to support work as it related to BLM, Indigenous issues and cultural and inclusiveness.”

Gayfer added, “In the past year EDHS has had a thriving group of students of all grades and racial backgrounds and orientations be part of a Black History Month group at the school and of course we have for years had a GSA (Gay-Straight Alliance).

“I am proud of our kids and supportive of their desire to be agents of change.” 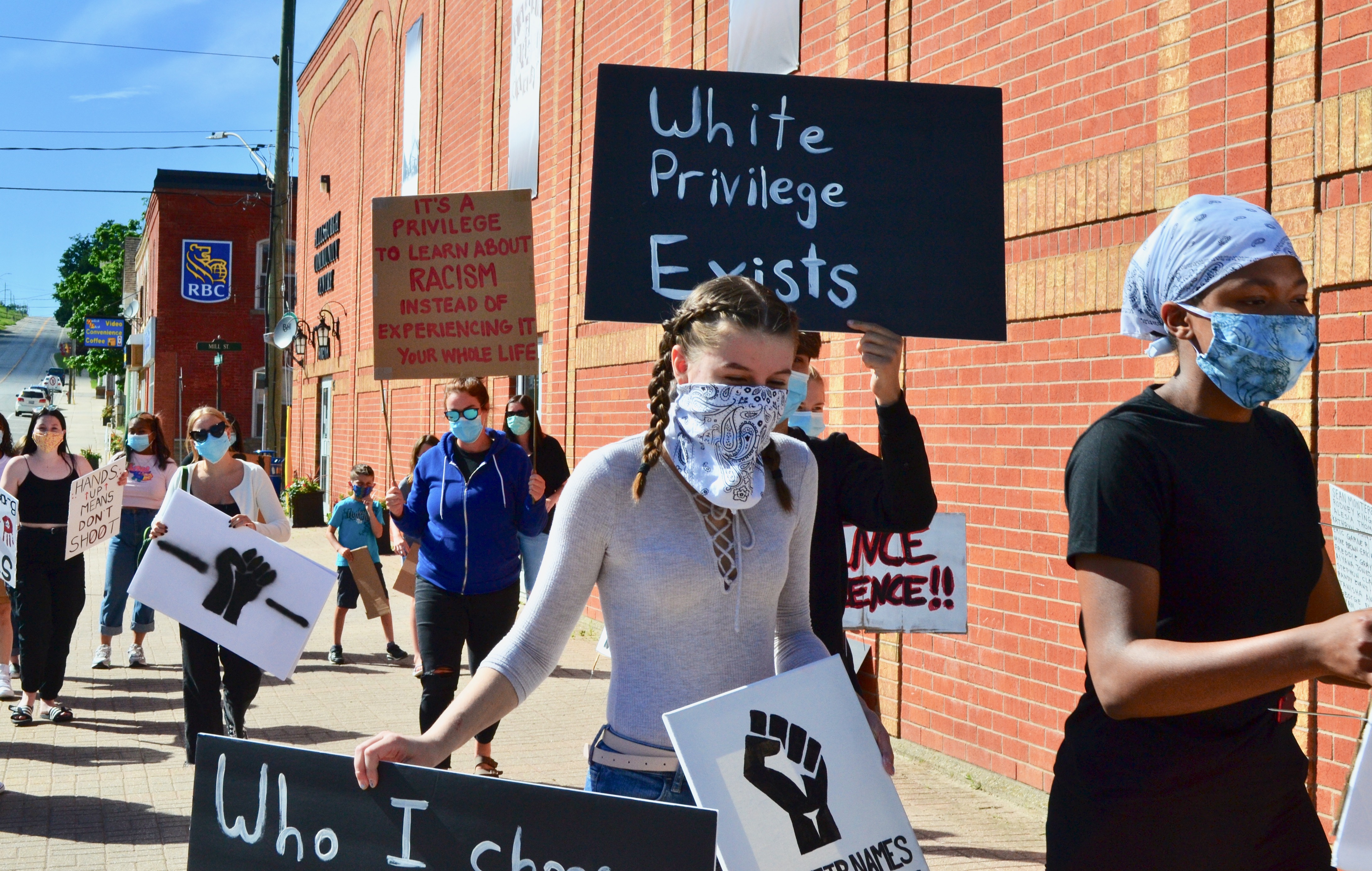 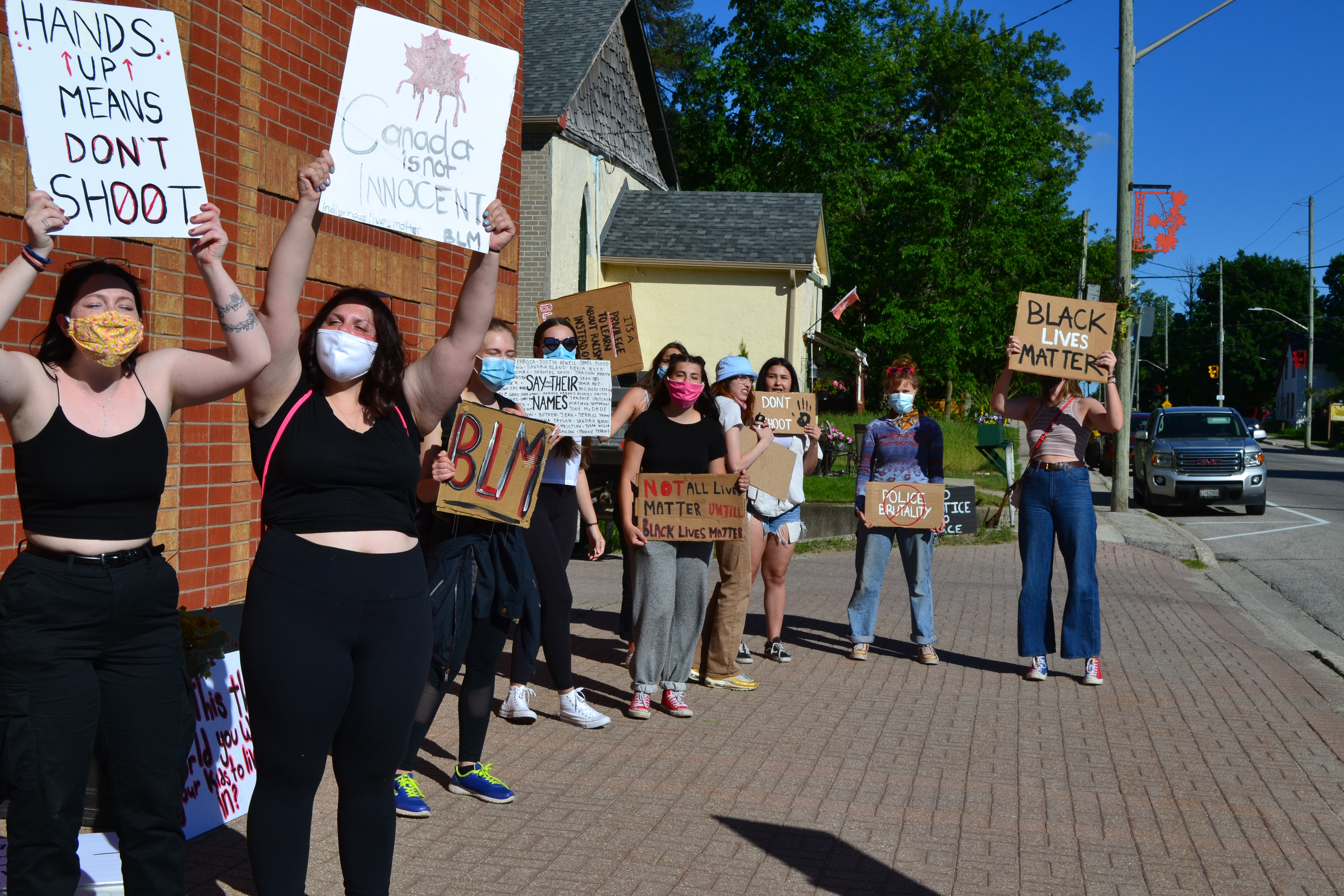