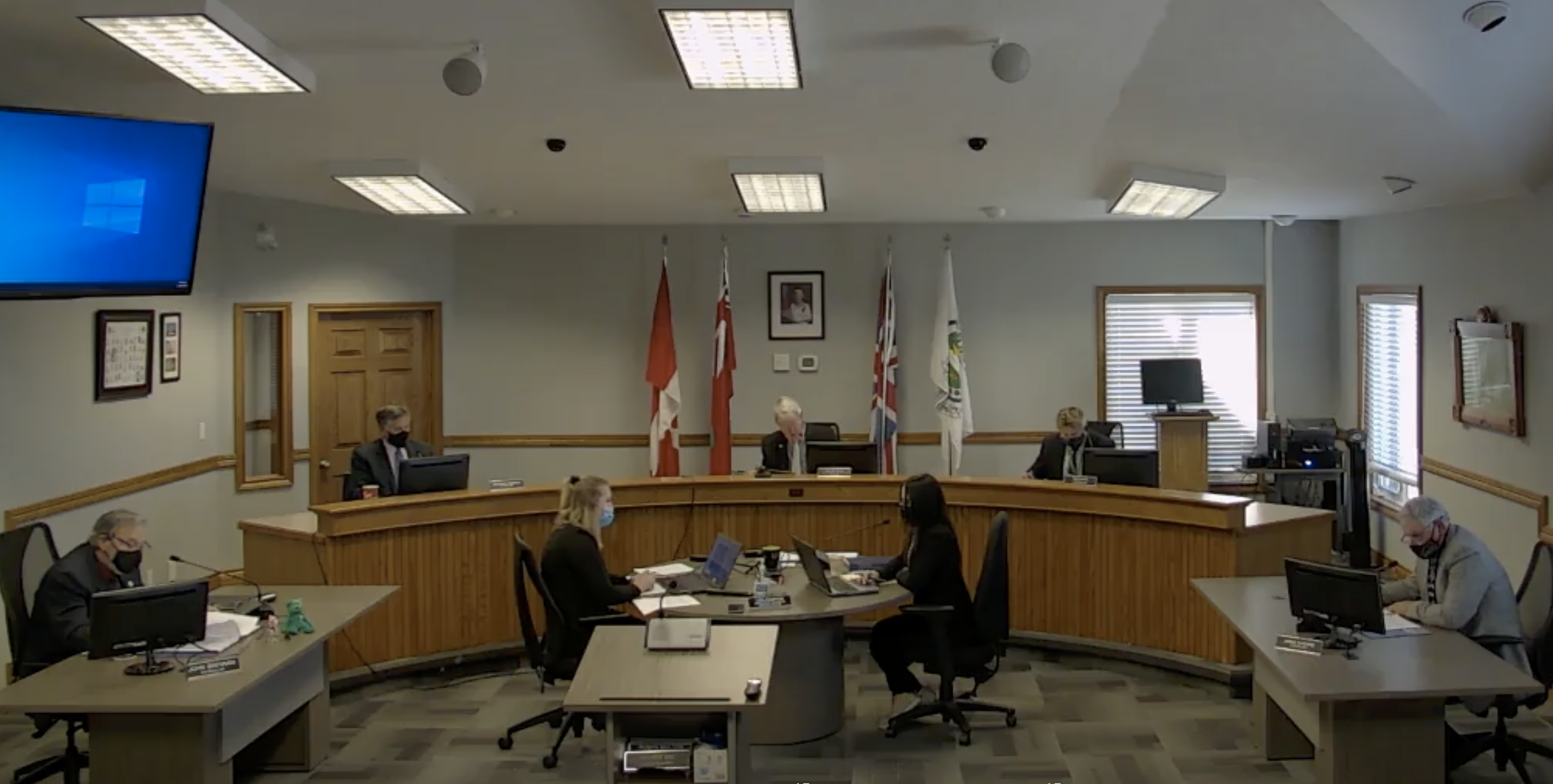 Erin council has accepted a bid of $162,872 to develop a water distribution system in Erin and Hillsburgh. (Screenshot from Oct. 19 meeting)

ERIN – Council here has accepted a bid of $162,872 to develop a water distribution system in Erin and Hillsburgh.

On Oct. 19, council reviewed the report on engineering services for the development of a water distribution system, directing staff to accept the bid received from WSP Canada Inc. for a total value of $162,872.94 (including non-rebate HST).

“Part of the (environmental assessment) process that we did for water recommended that we develop a town-wide water model,” director of infrastructure services Nick Colucci explained to council.

The town posted the request for proposal (RFP) electronically on the town’s website. Two submissions were received from WSP Canada Inc. and Triton Engineering Services.

Both bids were analyzed by the town’s consultant, Ainley and Associates Limited, and town staff based on a criteria list scored out of 100.

Based on the town’s analysis, WSP Canada Inc. scored 81.34 out of and Triton Engineering Services scored 70.56.

After verifying the references of the winning tender, the report recommended the bid be awarded to WSP Canada Inc., which Colucci noted is the same company working on the design of the town’s wastewater treatment plant and the wastewater collection system and pumping stations.

The amount for the model is included in the 2021 and 2022 capital budgets and the funding for the work will be done through the use of the town’s development charges and water reserves.

“I must admit when I first saw the difference in money, I was concerned,” Mayor Allan Alls said of the price differences in the two bids.

“But then when you read the report and see that Triton wasn’t offering all the services WSP were doing.”

“The staffing issue would be a problem because both OCWA staff and town staff are very busy so we wouldn’t be able to dedicate enough time to do all that work,” Colucci explained.

“So we would have to look at hiring yet another outside contractor to do some of that work for us,” he continued, adding the WSP Canada Inc. was a “more inclusive bid” than the other bid.

“The difference in price is significant so they must be close to walking on water compared to the competitor,” Robins responded.

He also asked out of the 10 registered respondents, why only two responded, noting this is not the first time the town hasn’t received any bids on a project.

Colucci responded the town didn’t receive specific feedback on why a number of the respondents didn’t actually bid, but some contractors noted they couldn’t meet the timing of the overall project.

The town expects to have preliminary results for the project in early 2022 with final work being completed in April/May of 2022.