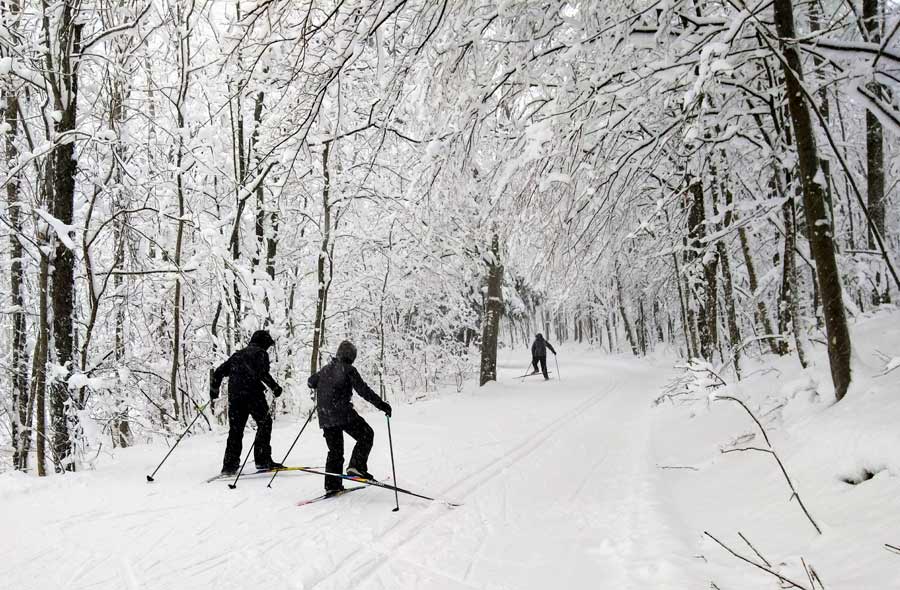 ERIN – A local air cadet squadron has learned not only to embrace winter, but to use it as a tool for team building, fitness training and problem solving.

Cadets honed their skills and learned to rely on each-other to accomplish goals in this fun and challenging sport, officials say.

The local cadets did  well and are waiting to find out if any of their teams will advance to the provincial and national level competitions.

According to Mahoney, “Biathlon trains it all: athleticism, marksmanship, teamwork, leadership, independence, determination —  everything the cadet movement is about.”

“Every year keeps getting better and better,” agreed Dornhoff. “The training has always been great, but now we are able to get more practice time with the skis because we have our own for the squadron. The practice range where we practiced a ‘run and shoot’ was great practice for the competition. Everyone puts in a fantastic effort and I am very proud of my team.”

The 242 Ross Ferguson Squadron in Erin and its biathlon team invites anyone who is interested to visit the squad and see what it’s all about. Regular meetings begin at 6:45pm on Tuesday evenings at the Erin branch of the Royal Canadian Legion, 12 Dundas Street East in Erin.