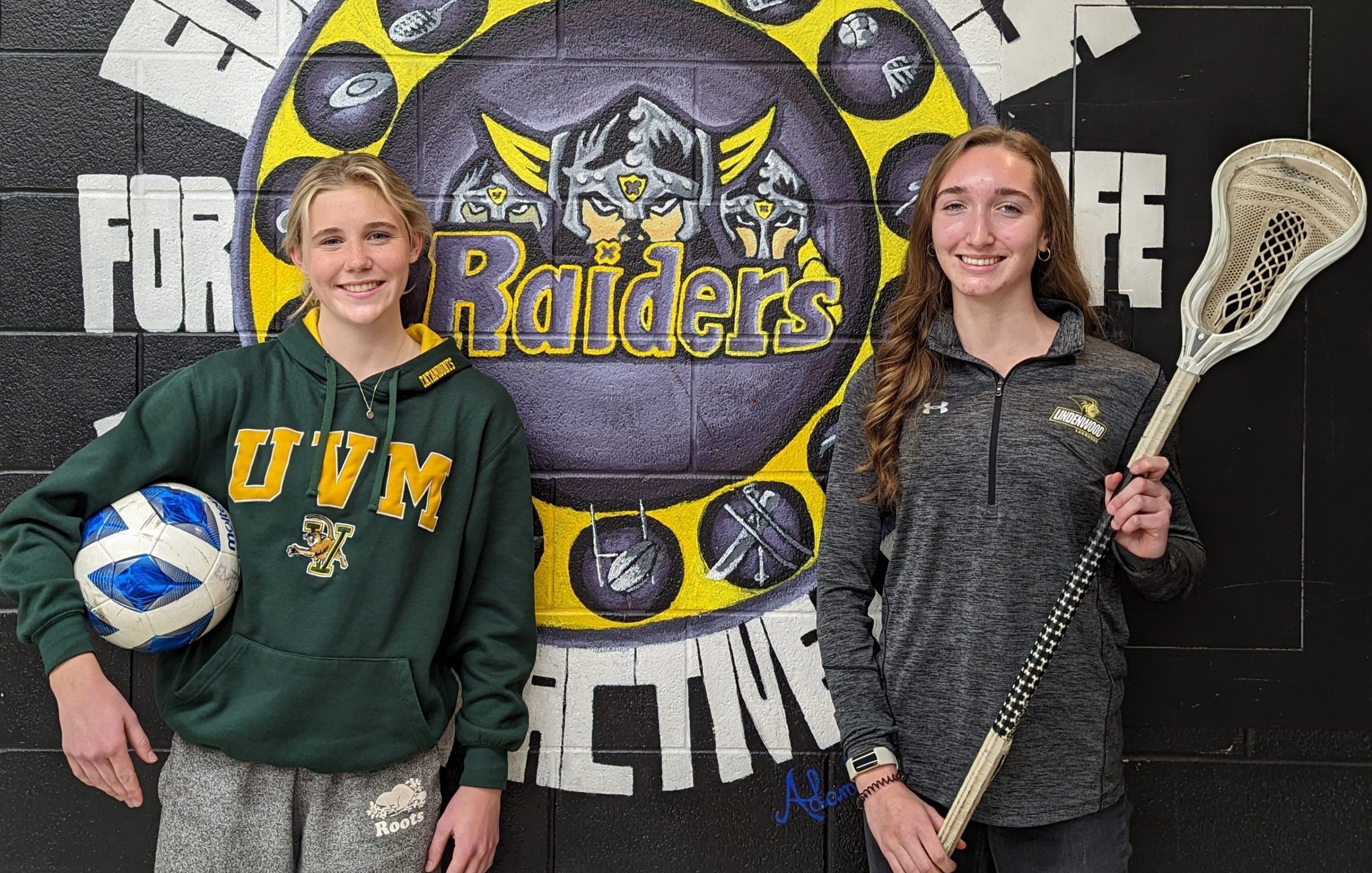 Warren will play soccer at the University of Vermont and Bailey will play lacrosse at Lindenwood University in Missouri.

“Both Lauren and Emma are highly driven – but not at the expense of knowing how to balance their lives,” said Jocelyn Wombwell, their basketball coach.

Wombwell, who teaches science and physical education and is head of athletics at EDHS, said Bailey and Warren are “diligent students who excel in the classroom as well as on the playing field.”

Warren started playing house league soccer when she was four years old and her “favourite thing” about the sport “is the community and the long-lasting relationships” with teammates, she said.

Her team, the North Toronto Nitros, won the First Touch Football showcase in Vaughan in early November, and Warren, a midfielder, was recognized as the most valuable player in the championship game.

Bailey has played lacrosse since she was eight or nine years old — about half her life, she said. She loves the fast pace of the game.

“The speed of it is incredible,” she said.

Bailey, a midfielder, scored 25 goals in 10 games with her home lacrosse club, the Orangeville Northmen, this year.

Wombwell is confident both Warren and Bailey will be successful in whatever endeavours they pursue.

She hopes they “continue to play their sport at the highest level” and that once their “playing days are finished they will coach the next generation of young athletes.”

Both “are exemplary role models for their teammates” and they will be missed at EDHS next year, Wombwell added.

In addition to soccer Warren excels in basketball, rugby and volleyball. In her free time she enjoys going to the gym, reading and hanging out with friends.

Warren said the University of Vermont was always one of her top picks. She explained the recruitment process was long and “very frustrating and overwhelming” at times but also “extremely exciting.”

She has met some future teammates and coaches in Vermont and described them as “very welcoming and kind.” Warren said Vermont’s offer gave her “the most rewarding feeling.”

The terms of the scholarship are confidential but average tuition at the University of Vermont is about $44,000 U.S. per year for out-of-state students. 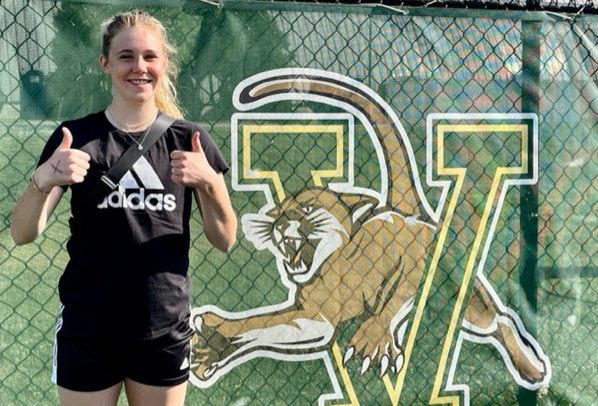 Emma Warren is excited about her future at the University of Vermont, a Division I school. Photo by Kelly Warren

“Leaving my old teammates and joining a new group of girls was very difficult,” she said.

“It took me a while to build up my confidence playing under a new coach and it was difficult having to prove myself to my teammates after being so comfortable at my old club.”

Looking back, Warren is thankful that she made the change because she “met the most amazing girls and have improved so much since getting out of my comfort zone.”

Warren is also grateful to her parents, who “supported me and believed in me no matter what.”

Warren said her parents put as much work into the recruitment process as she did, noting, “I wouldn’t be the player or person I am today without them.”

“The work and tenacity required this past year was endless, and wasn’t always easy,” Kelly said, remembering many nights of Emma completing homework during car rides to and from soccer.

“I, her dad and her sister are so extremely proud of her,” Kelly said, adding she will miss Emma “intensely” when she leaves for Vermont.

Warren’s dream is “to win a conference title with Vermont and find my passion in my university studies.”

Emma’s mom said “she is a quietly strong and determined young woman and I can’t wait to see what she does in Vermont and beyond.”

Bailey chose Lindenwood because the school pairs great education with a strong lacrosse program. The specific terms of the scholarship are confidential but annual tuition at Lindenwood is about $29,000 U.S.

Bailey is an honour roll student and is considering studying sciences, international relations, psychology, or geography.

Academics are equally important to Bailey as athletics.

In addition to playing a range of sports in her free time, Bailey said she is an “avid” reader.

She also enjoys coaching children and appreciates the opportunity to “develop leadership and coaching skills and make a difference in kids’ lives.”

Some of Bailey’s coaches are Lindenwood alumni who “only have good things to say about” the school, she said. 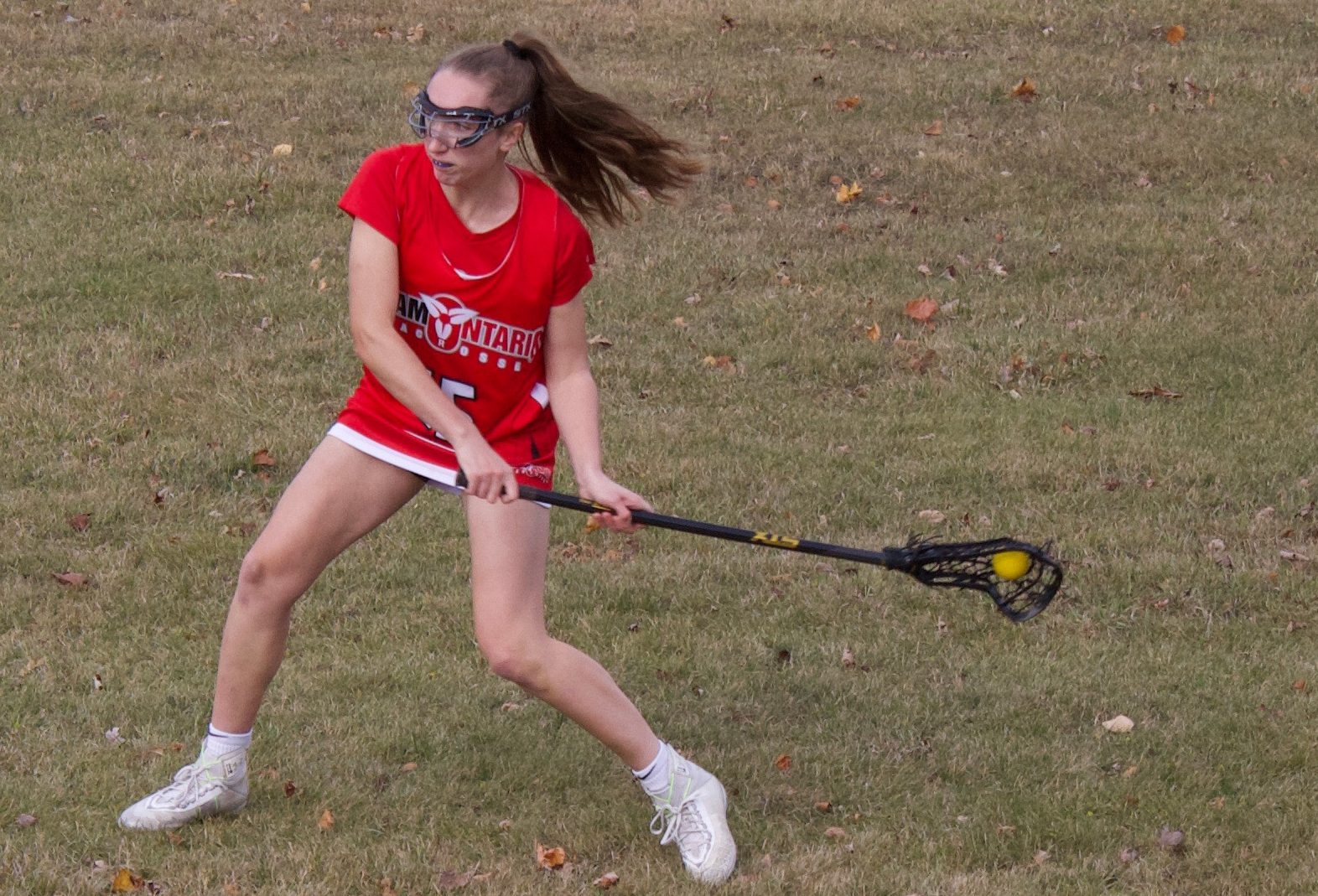 When visiting the campus in St. Charles, Missouri, Bailey noted great exchanges between the players and their coaches and teammates.

“All the girls were just pushing each other to become better and that’s something I really wanted to become a part of,”  said Bailey.

Getting this far required  “a lot of physical work and mental preparation work,” said her mom, Christine Bailey.

It takes 12 hours to drive from Lindenwood to Erin, and playing on a Division I lacrosse team involves lots of traveling to play southern teams, Bailey said.

There are many Canadians playing lacrosse at Lindenwood, she added, which helps her feel less apprehensive about the distance.

She knows “there will be other girls” who understand what it is like to be so far away from home – “So I won’t ever be alone.”

COVID-19 has been a big challenge, Bailey said, noting the pandemic caused her to be “late to the game” in the recruitment process.

Her dad, Wayne Bailey, said recruitment for lacrosse normally begins by or before grade 11.

Because of the pandemic the Bailey family limited traveling to the U.S., decreasing the number of opportunities for Lauren to be seen by coaches early on, Wayne said.

When Bailey is facing a challenge she steps back and reminds herself, “I’m in this because I love it.”

Bailey said she’s “really looking forward to the challenges” this opportunity will provide.

She is grateful to her family as well as all of her “coaches, mentors, teachers, trainers, teammates [and] friends” for supporting her athletics and academics.

She said her “ultimate goal” is to play lacrosse for Team Canada.

She has played for Team Ontario at the U15, U17, and U19 levels, representing Canada at the USA Lacrosse Fall Classic Brogden Cup every year since 2019.