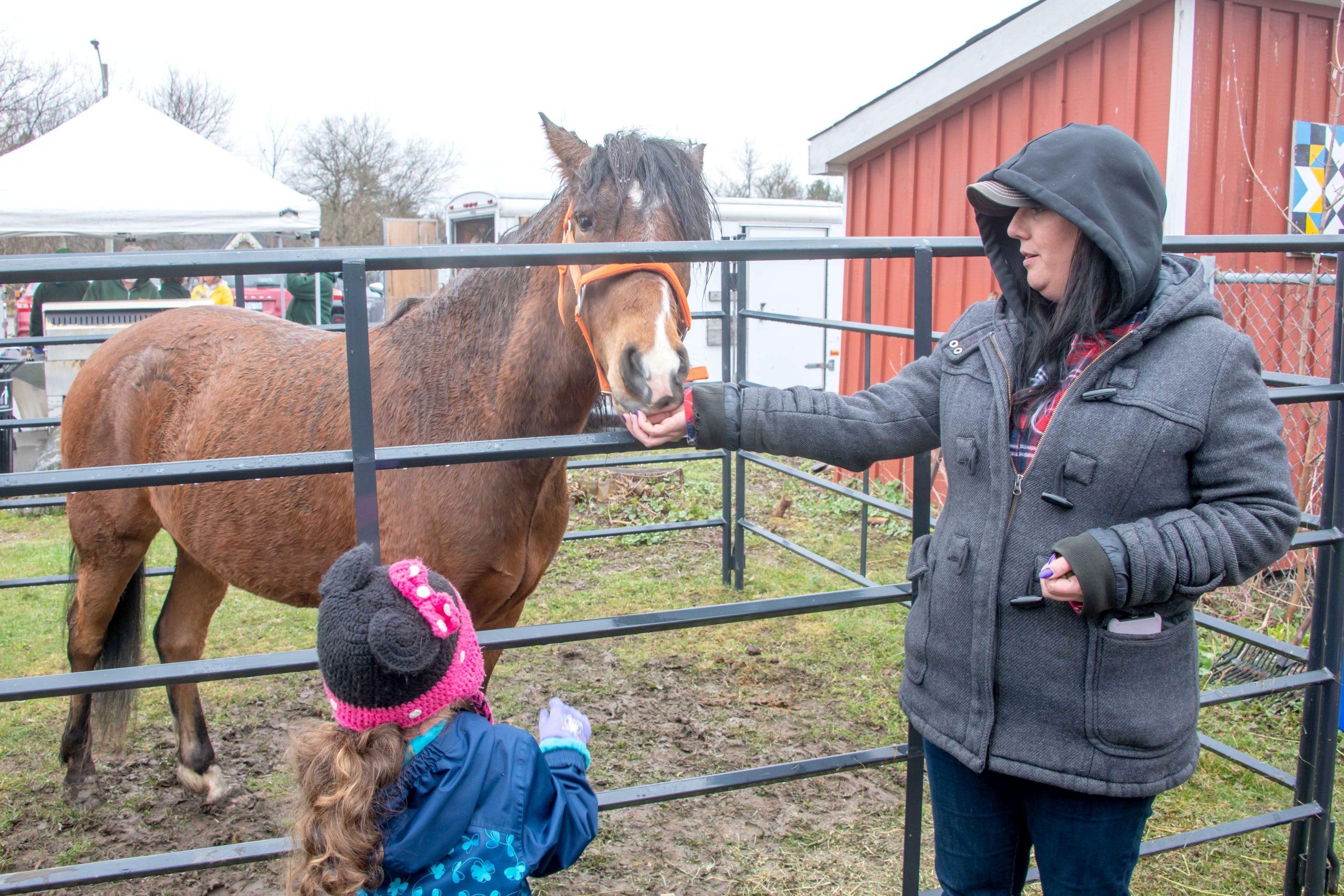 Endangered breed – Ojibwe pony Legend was on hand at the Erin Earth Day clean up on April 23 to entertain the crowd and to raise awareness about the endangered species. Ojibwe ponies are a semi-feral breed. Once almost extinct, the population of only four remaining mares in 1977 was cross-bred with Spanish mustangs to preserve the breed, which remains critically endangered. Legend was skin and bones when she was rescued two years ago. Owner Kelly Boone nursed Legend back to health at her farm near Belfountain. She is currently being trained under English and Western saddle, and enjoys going to many regional drumming and community events. Here, Legend stands with owner Kelly Boone. Photo by Tristan Clark