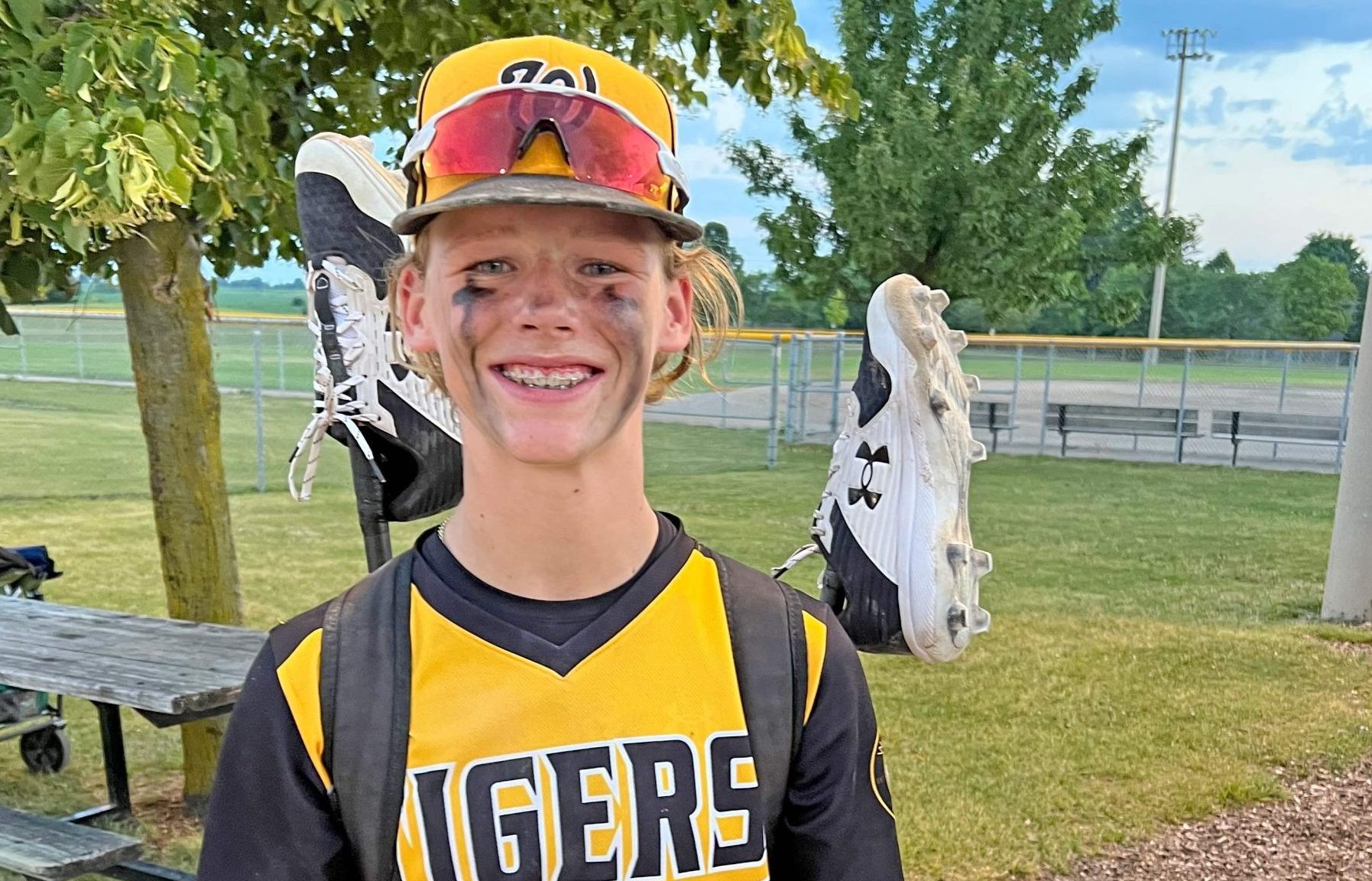 The 13-year-old Elora resident plays for the Waterloo Tigers, who were eliminated in the final game of the Ontario elimination tournament by the Peterborough Tigers for a spot to represent Ontario at nationals.

The Peterborough Tigers selected six players to add to their roster for the championships, and Albano was one of them.

“I’m excited to join a new team and have a new opportunity,” he said in an Aug. 8 interview, noting he was starting to train that week for the championships.

Albano has been playing baseball since the age of five, advancing to AAA at eight years old. He is a pitcher – his favourite position.

“I love having control over the game, and the intensity,” he said, adding third base and hitting are close seconds.

“He also plays first and third base and has had seven home runs this season.”

Albano has also been signed to a team in the Canadian Premier Baseball League (CPBL) for next year.

Going into Grade 8, Albano plans to keep up with the sport and hopes to someday play professionally.

With the CPBL, he will be travelling to areas in the U.S. for games, which Albano said he is excited about since he’s only ever been to Detroit.

Though the schedule for next year will be intense with school, Albano doesn’t mind.

“I think I’ll be able to handle it; I kind of like being busy,” he said.

As Albano wraps up this season with the Waterloo Tigers, he said it’s been really great playing with them.

Albano noted that representing Team Ontario is a once-in-a-lifetime opportunity – “And one that not many baseballs players my age get to experience.”