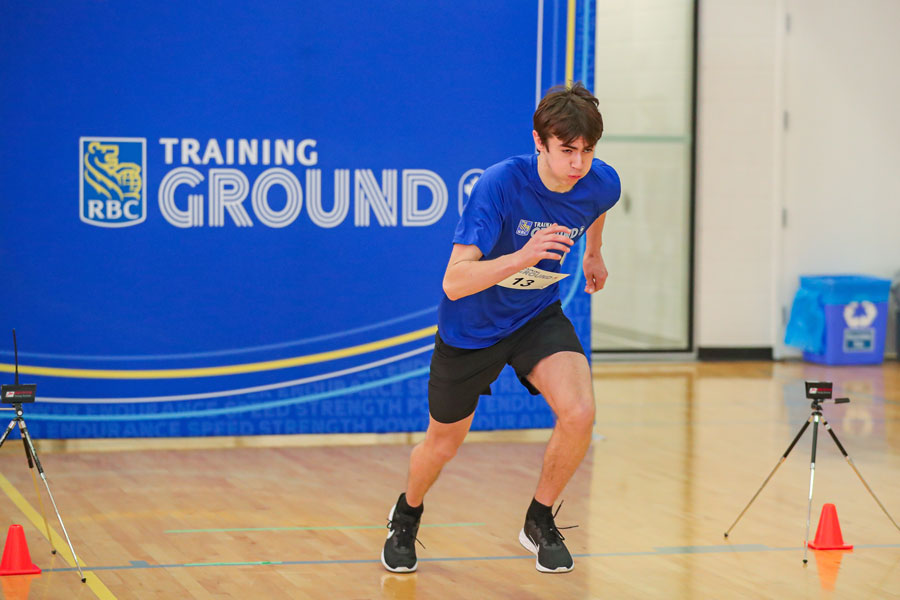 Nate Sutherland, 17, is one of 100 finalists in the RBC Training Ground program. He hopes to make Canada’s speed skating team one day.
Submitted photo

ELORA – There may be a future Olympian in our midst.

And if things go the way he hopes, Sutherland will be heading to the 2030 Winter Olympics as a member of Canada’s speed skating team.

“That’s the goal post for me,” the 17-year-old said in an interview at his home just outside Elora.

“That would be the one.”

When Sutherland was eight years old, he watched the 2014 Olympics and decided he wanted to try ski jumping or speed skating as his sport.

“At that time, I had tried almost every sport,” he said.

“It turned out I was not brave enough to do ski jumping. But there is a speed skating club in Kitchener. I decided to give it a try.”

He had skated before and liked it. But in 2015 he attended a speed skating camp and that’s when the love affair really began.

So much so that he started saving his pay from a paper route with the Wellington Advertiser to buy his first pair of speed skates.

He was only nine or 10 and was immensely proud when he bought those skates.

“That was the first step,” he said. “I was investing in myself in the sport. I was taking it seriously.”

But after five years of competing on the short track, “I was falling behind the other skaters,” he said. “And I don’t really like to lose.”

In 2019 he got the chance to go to Lake Placid and there he tried the long track.

“I found I was good at it. It’s really fun and relaxing,” he said, adding he has always been better at sports that require endurance over speed. 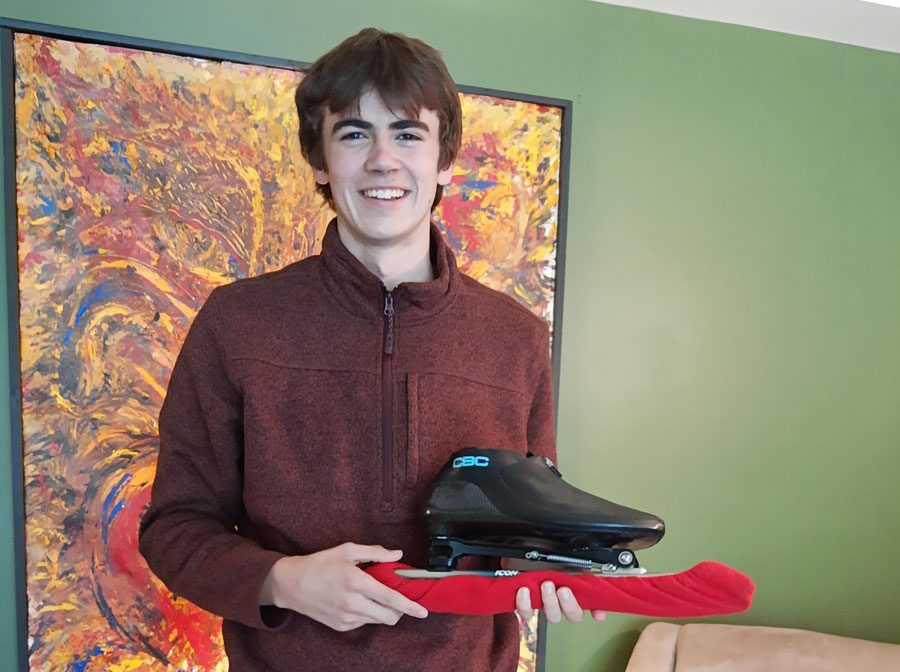 Nate Sutherland at his family’s home just outside Elora. Photo by Joanne Shuttleworth

COVID-19 put the kibosh on his plans, as skating, like everything, had to pause.

He was lucky, he says, to be selected for the RBC Training Ground program.

“The support has been a boost of confidence for me, and the opportunity to catch the attention of coaches,” he said. “I thought I’d give it a shot.

“I was nervous going into it, but it went well, and I was invited to the second round.”

Over the past several months more than 1,500 athletes from a wide range of sports participated in free local qualifier events across the country in the RBC Training Ground program.

They performed core speed, strength, power and endurance tests in front of Olympic talent scouts to find the sport for which they are most suited or accelerate their journey in their existing sport.

The 100 finalists,  Sutherland included, will compete in the RBC Training Ground national final in Ottawa on Oct. 22, with the chance of being one of 30 athletes to earn funding, a spot on Team Canada with one of nine partner national sports organizations, and an accelerated path to the Olympics

“Some of the athletes who participate in RBC Training Ground are looking to reenergize or boost an Olympic dream in a sport they are participating in.

“Others participate with the hope of being discovered and directed toward an Olympic sport they may have never considered.

“But they all rely on raw athleticism to impress our sport partners and compete for funding.”

Sutherland, who’s in Grade 12 at Centre Wellington District High School, hopes to go to the University of Calgary next year to study kinesiology.

The university also has the advantage of being connected to the Olympic Oval.

It will take some juggling to balance training and school, but he has some experience with that balancing act already.

He works out two to three hours most days, trains at the Kitchener club several days a week, has a part-time job and maintains a 92% average at school.

That doesn’t leave a lot of time for friends, but his good friends have come to understand his focus and determination.

“It can be hard to give up those things (parties and social activities) but the time I enjoy most is time on the ice,” he said.

The complete list of 100 finalists is posted at RBCTrainingground.ca in the community/news section.

The 30 athletes selected for funding will be announced following a nationally televised special documentary later this fall.

A new Training Ground season will launch in early 2023.