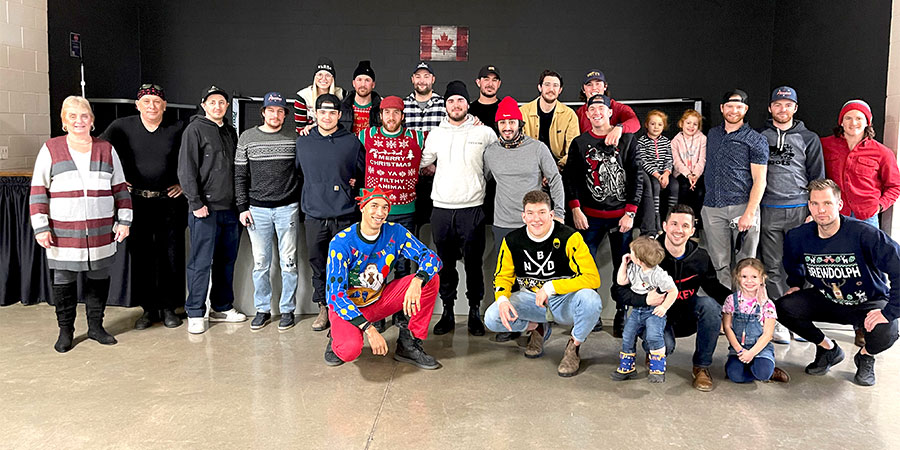 Great start – The Elora Rocks, pictured at a recent team Christmas party, have started the season with 13 wins in 15 games. Team executives have been emphasizing the importance of community involvement and team camaraderie. Submitted photo

ELORA – After winning 13 of their first 15 games, the Elora Rocks are sitting atop the standings of the Western Ontario Super Hockey League (WOSHL) at the season’s unofficial halfway point.

Team president Rich Wigmore has consistently been emphasizing the importance of community involvement and team camaraderie. This approach seems to be paying off, as the team is also leading the league with a goal differential of plus 62.

Wigmore told the Advertiser that he’s been pleased with how strong the team’s culture and “family” atmosphere has been.

“We knew we’d be competitive. The goal was always to create what Elora had a decade ago, when they used to always be the team to beat. So, at this point we aren’t surprised, because we believe we’re where we should be.”

“At some games we’ve had over 400 people, and we average between 300 and 350. We’ve also done a number of collaborations with Big Brothers Big Sisters, including the Santa Clause parade.”

Another priority for Wigmore when he took over as team president was to include as many local players on the team as possible.

Currently, 13 of the team’s players live either in or adjacent to Wellington County.

“I’ve never been part of a team where everyone cares about each other so much,” Wigmore said.

“It’s really special. The friendships that have been developed will last forever.” 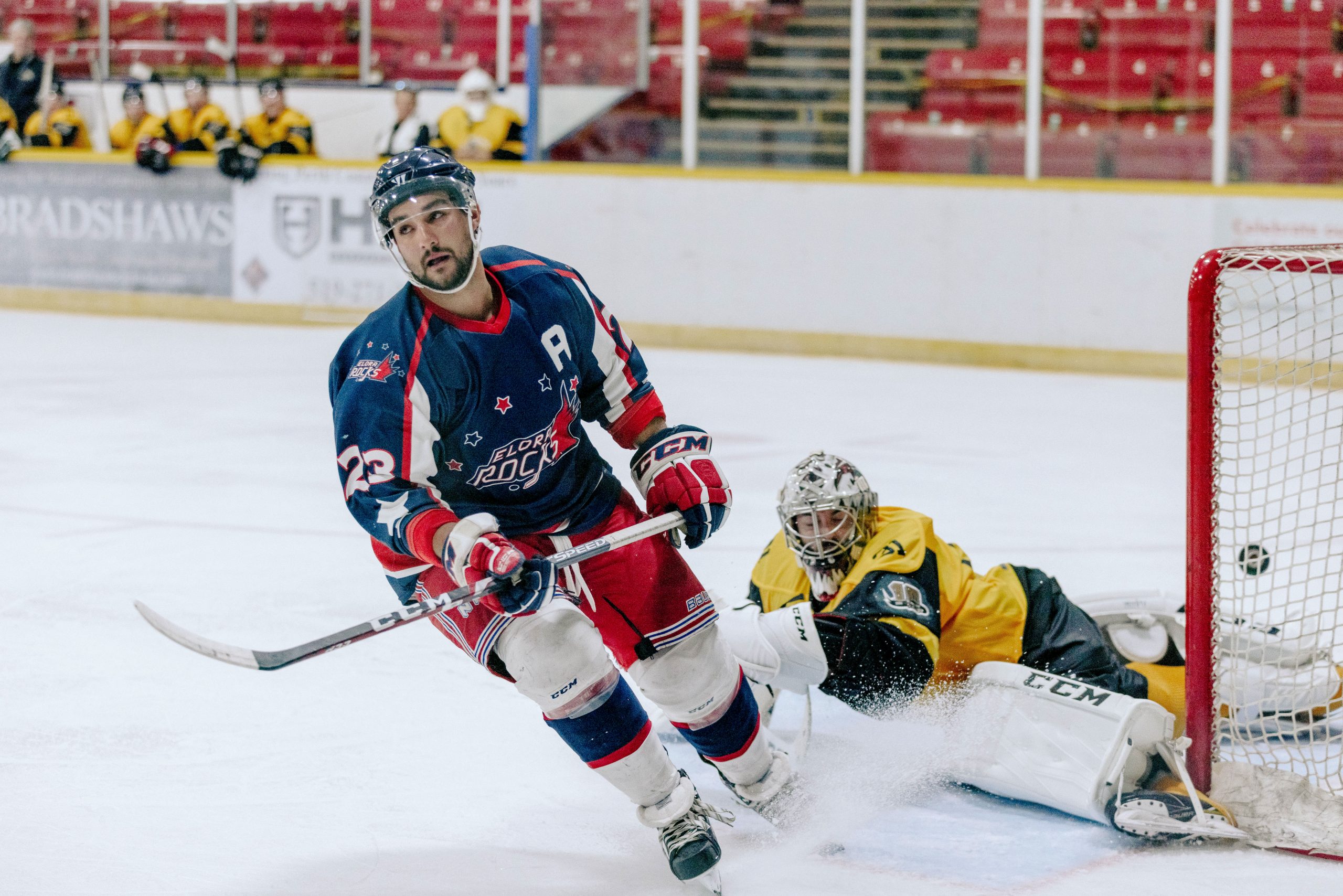 When it comes to on-ice production, Wigmore is quick to point out a few of the team’s bright spots, beginning with forward Alex Utley, who currently leads the WOSHL in points (36), goals (18), assists (18), and points per game (3.3).

“To have 36 points in only 11 games, that’s been incredible. He’s a Junior ‘C’ guy and he’s leading the league,” Wigmore said.

“Spencer Maccormack has also been leading the league as a defenceman. He has 22 points in just 14 games.”

Wigmore also praised the team’s goaltender, Colin Dunne, who has a record of 10-1 this season, and a goals against average of 3.05.

With nine games remaining on the Rocks’ regular season schedule, Wigmore said there is nothing he wants more than for the team to stay healthy, from an “injury and COVID standpoint.”

Wigmore said thus far, he’s been very impressed with how the players have bought into the team’s system.

“If our guys continue to listen and buy in, we’ll have a good shot,” he said.

“We’ve started off strong, but every team we’re playing is looking better and better so there won’t be any walk-in-the-park type of games.”

The Rocks are scheduled to return to action on Jan. 7, when they will take on the Strathroy Jets at the Elora Community Centre at 8:30pm.