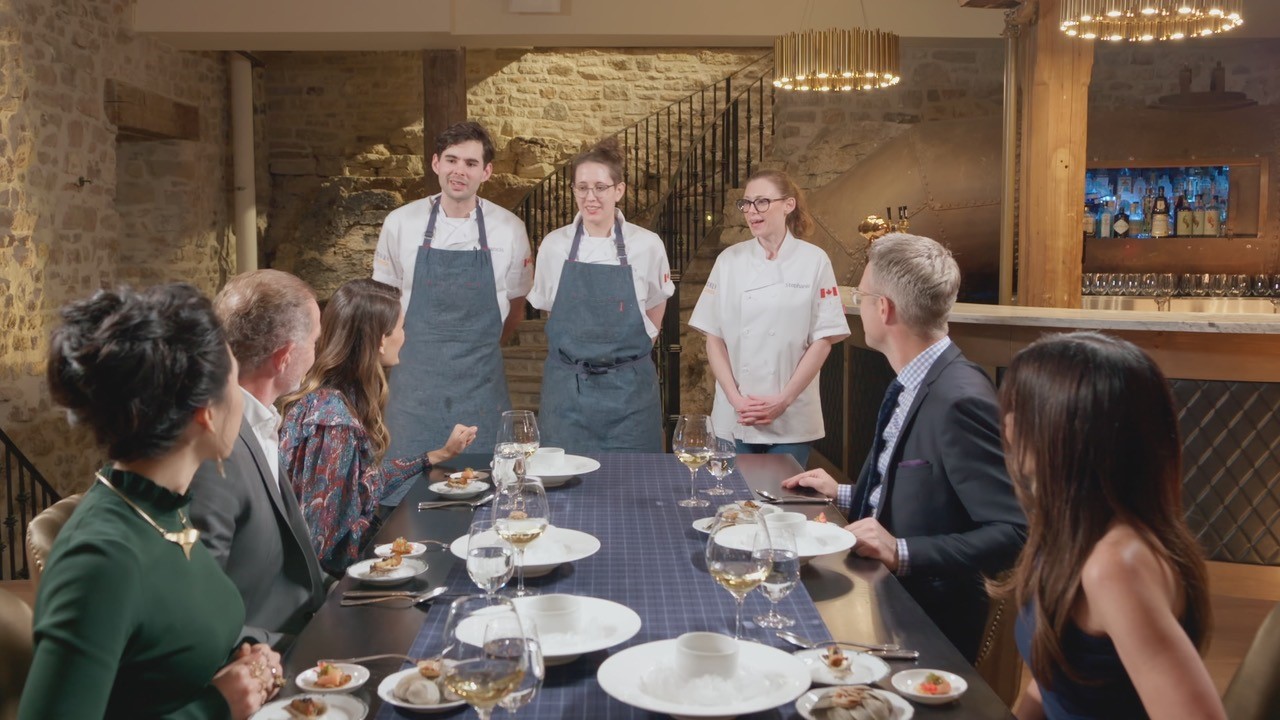 The final three contestants of Top Chef Canada, speak to the judges in the dining room of the Elora Mill, where the finale episode was filmed. Photos submitted by Top Chef Canada

ELORA – Fans of the reality show Top Chef Canada might recognize the backdrop of the Season 8 finale episode.

The episode, that aired on Food Network Canada on June 1, was shot at the Elora Mill – an honour, an opportunity, and a bit of a scheduling nightmare.

Jocelyn Maurice, a manager/partner of the Elora Mill, said the show approached them late last summer about being the host site for the finale, which would be filmed in the fall.

“They reached out to us,” Maurice said in a phone interview June 4. “They were looking for alternative venues and paid us a couple of visits.

“We had to close the hotel for the whole day of the shoot last fall. That’s a bit of a busy time for us. But the stars aligned, and we were able to work it out.”

Maurice said she’s not a regular watcher of the show but tuned in this season and got caught up in the drama and the personalities.

“It was great,” she said. “I got into it and the person I wanted to win, did win. And it was nice to see the property and the town shown in that light too.”

Eric Abboud is one of the executive producers of Top Chef Canada.

“We always like to do the finale episode at a special place and the setting of the Elora Mill is absolutely beautiful,” he said in a phone interview from Toronto. “They did a fantastic job with the renovation, maintaining the character while elevating it to a high level.”

Abboud said the Village of Elora is building a reputation as a foodie destination and that appealed to the production team as well.

“Elora is taking their food program and pushing it in new directions. That’s what our chefs do too. The finale is their ultimate meal, and they are pushing to new culinary heights.”

Viewers of the episode get a glimpse of the Elora Mill’s kitchen while the contestants are cooking, and the judges are in the dining room of the Mill that features beautiful stone walls and a wrought iron staircase in the background.

There are also scenes of the contestants walking through the town and gazing at the Elora Gorge as they plan their meals. 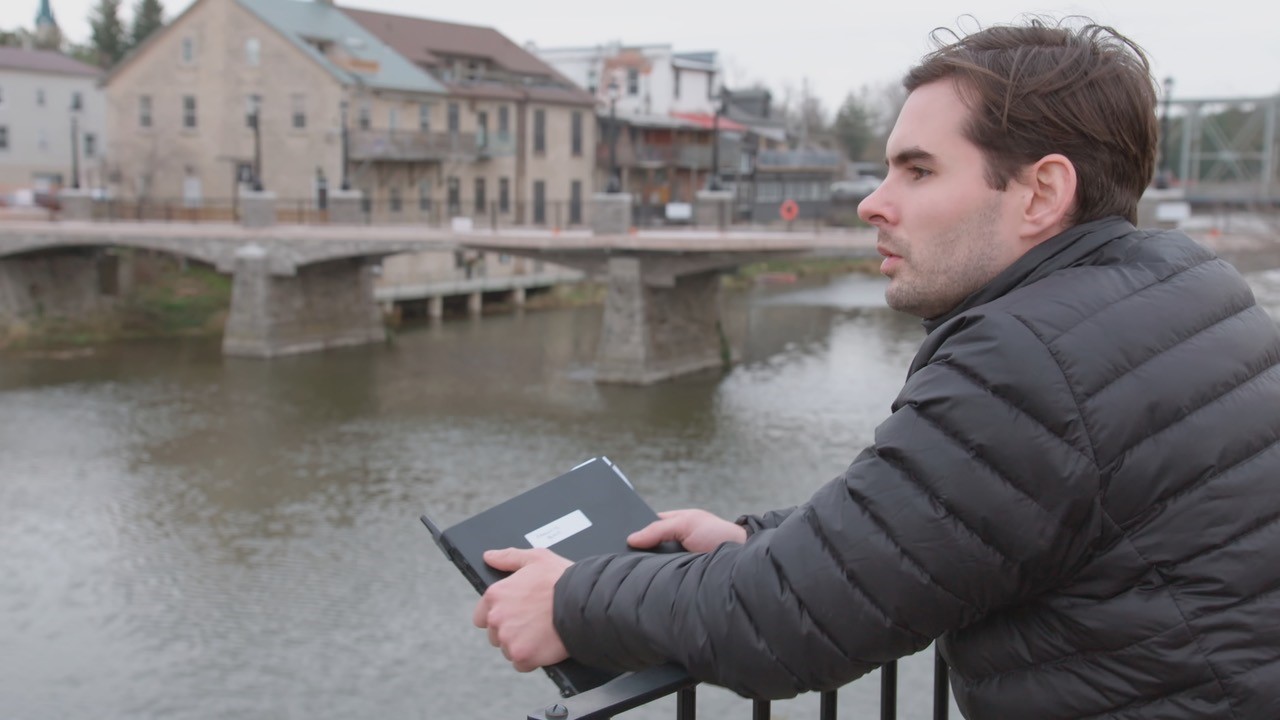 Contestant Francis Blais contemplates his menu while looking over the Grand River.

“It’s really lovely up there,” Abboud said. The contestants also shopped at the St. Jacob’s Farmers Market for the episode.

Maurice was not on-site on filming day.

“Very few staff were on the property. We had to be so secret,” she said. “Staff had to sign off that they would not disclose the winner. It was a hard secret for them to keep.”

The show aired on the Food Network on June 1 and is available to watch at https://www.foodnetwork.ca/shows/top-chef-canada/episode-guide/.

The timing of that is perfect in that the Elora Mill intends to re-open the hotel on June 18 and could certainly use the promotional bump, especially in light of COVID-19.

Maurice said the executive team made the decision to close the Mill on March 16, a day before the province declared a state of emergency.

“We laid off 210 people on March 16. We thought closing was the right thing to do. We also thought it would be for just a few weeks. It has been a hard time.”

Re-opening has also been a “slow and painful process,” she said. But on the weekend of May 30/31, when the township closed certain downtown streets to vehicles so pedestrians could safely spread out and enjoy the village, “we opened our gate for the first time in a long time. We pulled the barbeque out. Staff were elated to be seeing guests again.”

Maurice said the Mill won’t be able to operate at full capacity for some time and staff are still figuring out how and when it can offer amenities such as pool and spa services and even room service.

“There’s so much space on our property though and the weather is finally nice. We’re getting creative with the outdoors. We’re working our menu around it, creating things like bento boxes and picnics to go.

“We’re hopeful that as restrictions are lifted and people rediscover Ontario, they’ll remember that Elora is a beautiful place, the people are friendly, and there’s space to spread out.”