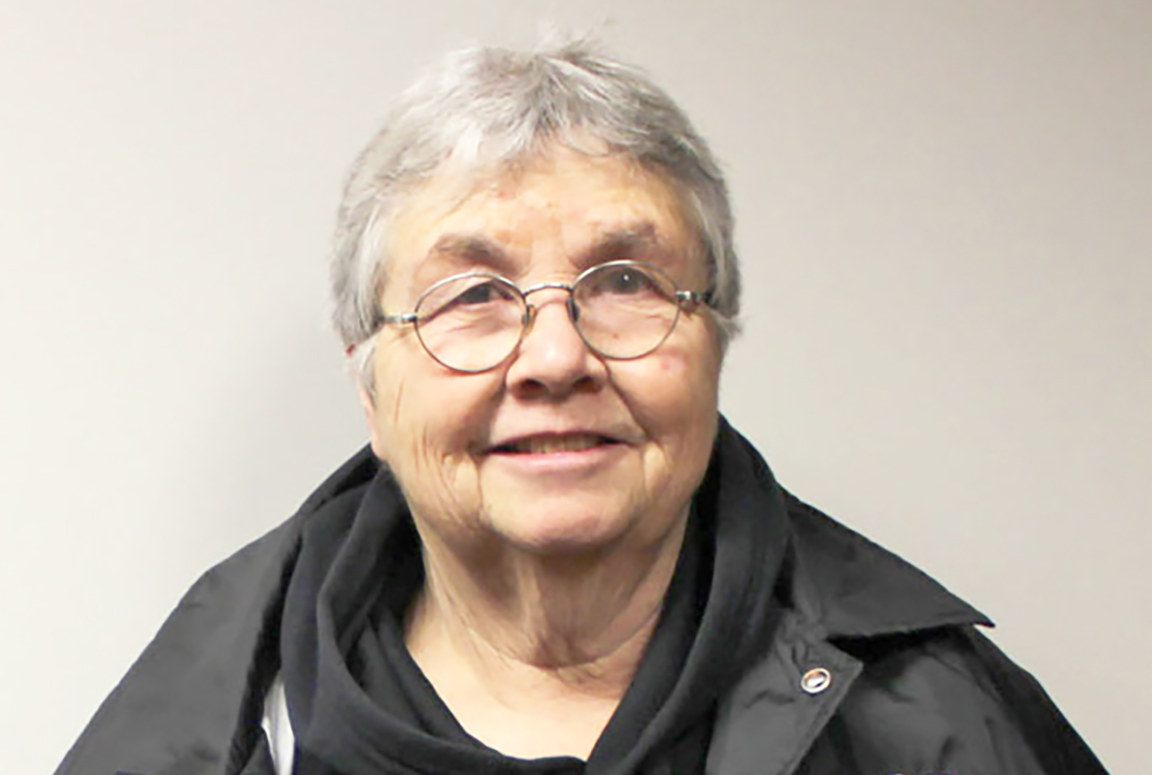 Pat Mackenzie, trainer for the Elora Jr. B Mohawks lacrosse team, was recently recognized by the Ontario Lacrosse Association for 40 years of volunteer service in the sport. Photo by Robin George

ELORA – The Ontario Lacrosse Association (OLA) has presented an Elora lacrosse trainer with an award in recognition of 40 years of leadership and volunteerism.

Pat Mackenzie, who volunteers as trainer for the Elora Mohawks Jr. B lacrosse team, was recognized at the OLA annual meeting this fall.

“I don’t even look at it as volunteering, it’s just part of me,” said Mackenzie.

Known to many simply as “Wheels,” Mackenzie said she has always loved lacrosse, and remembers watching many games at the Fergus arena with her grandpa Grieve.

She started coaching in the late ‘70s when her five-year-old nephew, James Mackenzie, started playing.

And she has served countless roles in the sport with various organizations, including trainer, equipment manager and executive member for the Fergus Thistles, Fergus minor lacrosse executive, and many more.

In 2012 she was inducted into the Ontario Lacrosse Hall of Fame in the “builder” category in recognition of all her efforts.

Mackenzie, who has served as Jr. B Mohawks trainer since 1991, said her favourite thing about being a trainer is the players – “they are a lot of fun to be around and they make me laugh, all the time.” 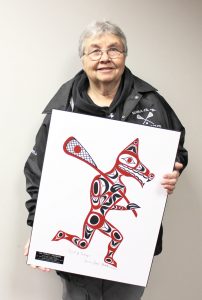 Pat Mackenzie with the award she received from the Ontario Lacrosse Association in recognition of 40 years of volunteer service. Photo by Robin George

Brett Harrison, one of these players, became very close with Mackenzie over the five years he played for the Mohawks.

Harrison said Mackenzie  was always smiling and provided support whenever he or his teammates needed anything.

“All the boys loved her,” he said.  “She has been like a mom at the rink for me, honestly.

“I really enjoy my time with her and I love her like a mom.”

Mackenzie likes seeing the players “mature and change” as they go from 16 to 21 during their time on the junior team.

Mackenzie’s job with the Elora team is made easy, she said, by the awesome executives and coaching staff.

“They’re great,” she said, noting they always ensure she and the team have everything they need, especially president Brian Welsh, general manager Kyle Goss and equipment manager Brian McDougall.

Goss said he “was lucky enough to play for the Mohawks in 2016,” so he had the fortune of seeing Mackenzie as both a trainer and a co-worker.

She is caring, dedicated, and passionate, Goss noted – “a huge part of the team, not only to players but to staff as well.”

Even referees and players on other teams know her, and will often “go over and give her a great big hug,” Goss said.

She knows different players’ strengths and wants them to be successful, Goss added.

“And she loves when we win.”

“The Elora Mohawks would not be the same the last 40 years without her,” Goss added, describing the huge impact Mackenzie makes.

The Elora Mohawks won the national Founders Cup Championship in 2018, a moment that stands out to Harrison for the joy it brought to the team’s trainer.

For Mackenzie, lacrosse is simply “a game of passion” and camaraderie.