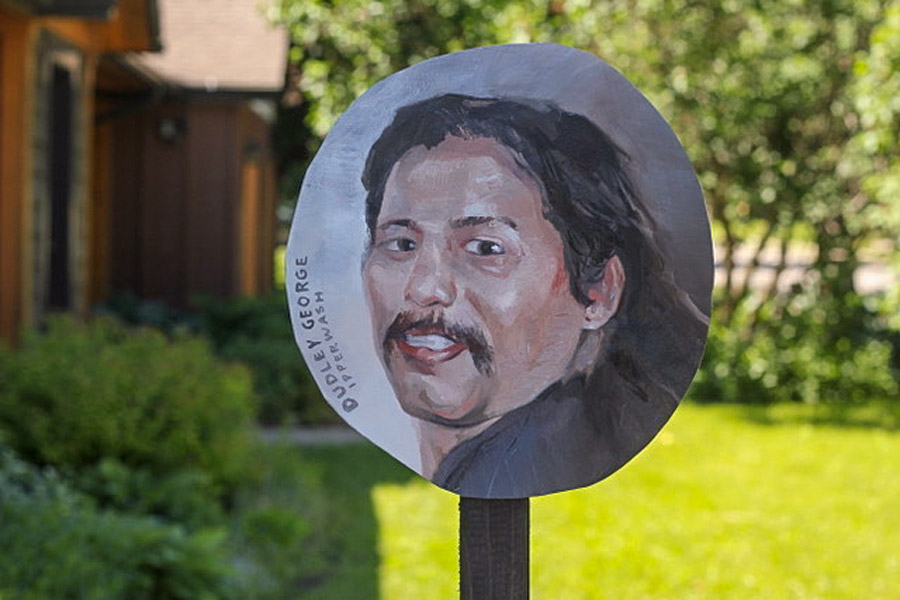 Elora artist Phil Irish has completed a series of portraits that portray Black and Indigenous people who have been killed or injured by police, including Dudley George, above. His work was on display outside his home until recently, when the collection was moved to another home in Fergus. Submitted photo

ELORA – Elora artist Phil Irish has created a series of portraits he calls Racism at Home – paintings of Black and Indigenous people who were killed or injured by police.

It started with George Floyd, the Black man killed by police in Minneapolis in May, whose death sparked a surge in Black Lives Matter marches across the U.S. and Canada.

Then Dudley George, the First Nations protester killed by police at Ipperwash in 1995.

Then Neil Stonechild, a Salteaux First Nations teenager who died of hypothermia in 1990 after police in Saskatoon left him outside overnight in -28C temperatures. 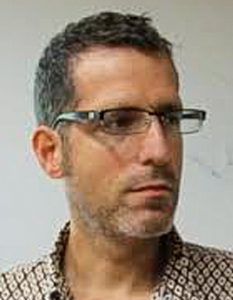 “As an artist, I think about things and start to make things,” Irish said in a phone interview on Aug. 10.

“So, when George Floyd died, I started sketching him and thinking about him and then about our own issues around race (in Canada). And then thinking of myself in the story.

“By positioning them on the lawn of my home – that was critical.”

Irish has created nine portraits in all. They are painted on aluminum with oil paint and attached to wooden spikes, which he sets in the ground in a line, like a picket fence.

He positioned them at Victoria Park for the Black Lives Matter march in Fergus in June and then moved them to his home, where they’ve been on display for about a month.

“At the march, they looked like the placards people were carrying. At the house, it’s like a protective barrier,” Irish said.

“But also, like heads on sticks. That speaks to power and victimization.”

Irish usually creates large, abstract work, so this is a departure for him.

“It’s unlike any project I’ve done before,” he said.

“I’ve never done portraits. But I really wanted to serve and honour the memory of these people. It’s a distinctive body of work.”

He said when the portraits were outside his home, he would sometimes overhear people talking about them.

On one occasion the paintings prompted a discussion on racism between a mother and her six-year-old son.

On another, he heard some tourists remark that “even small-town Ontario is thinking about these questions. 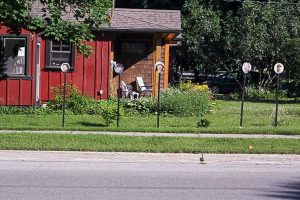 The Racism at Home series of portraits is now on display at at 490 Garafraxa St. E. in Fergus.
Submitted photo

In his artist’s statement, Irish writes, “We think racism and police brutality is an American problem, but it is central to our national story.

“I can’t return home without being confronted by my place in the problem.”

Irish recently moved the collection to the home of county councillor Diane Ballantyne, at 490 Garafraxa St. E. in Fergus, at her invitation, and intends to move it around to different locations over time.