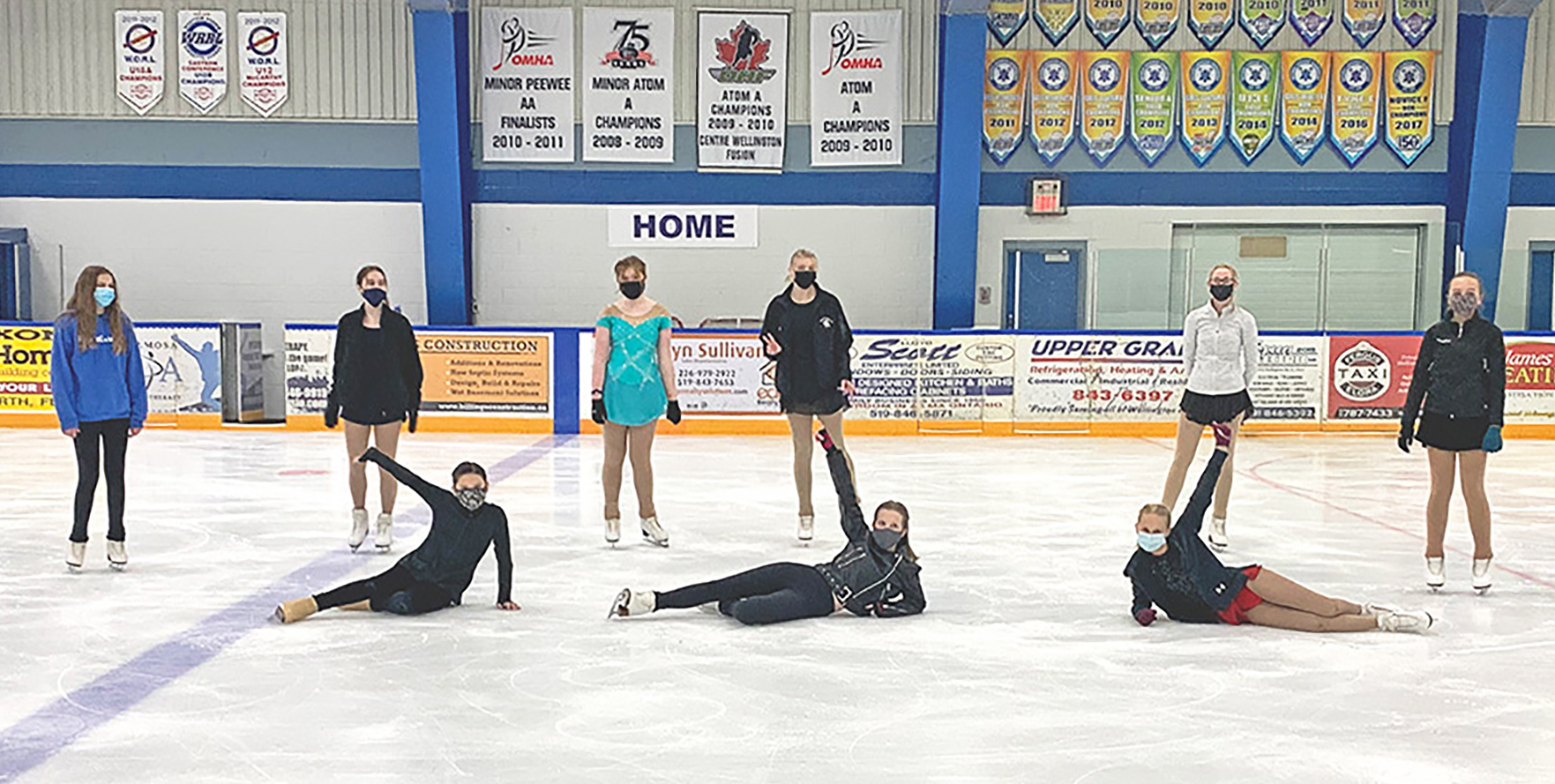 A small group of figure skaters from The Elora and District Skating Club performed live on Facebook for their family and friends earlier this year. Advertiser file photo

ELORA – The Elora and District Skating Club has won the 2020-21 Club Award from Skate Ontario.

The award is rare for a small-town skating club to receive, officials say, noting the Elora club was recognized for its hard work and dedication to members during the pandemic.

“The Elora and District Skating Club … went above and beyond to engage their members regardless of if they were permitted on the ice or not,” states a news release from Skate Ontario.

“It was amazing how this club pivoted a number of times to try their best to keep their athletes connected and active.”

Elora and District Skating Club president Crystal Humphries said receiving the award is something the entire community should be proud of.

In any other year, she added, the club would not even be on the radar for such an award.

“Many bigger areas did not reopen at all, and I’m not saying that’s a bad thing, but we were noticed more easily and stood out for all of the programming adjustments we made,” she told the Advertiser.

Humphries said the past season was extremely difficult for the Elora club.

Despite being forced to pivot its programming multiple times during the difficult year, Humphries was thrilled with how the club was able to deliver a strong season to its members.

In fact, the club was able to adapt so well to pandemic restrictions that it actually created new programs that were very well-received.

“Like many other organizations, we faced a lot of start-ups and shutdowns,” Humphries said.

Humphries explained the skating club also faced challenges dealing with requirements from Skate Ontario, which included the requirement that young members be accompanied by a parent.

“Normally we like to have the younger skaters learn on their own,” she said.

“We were able to pivot our programming to allow for ‘parent and tot’ programs, as well as power skating.” 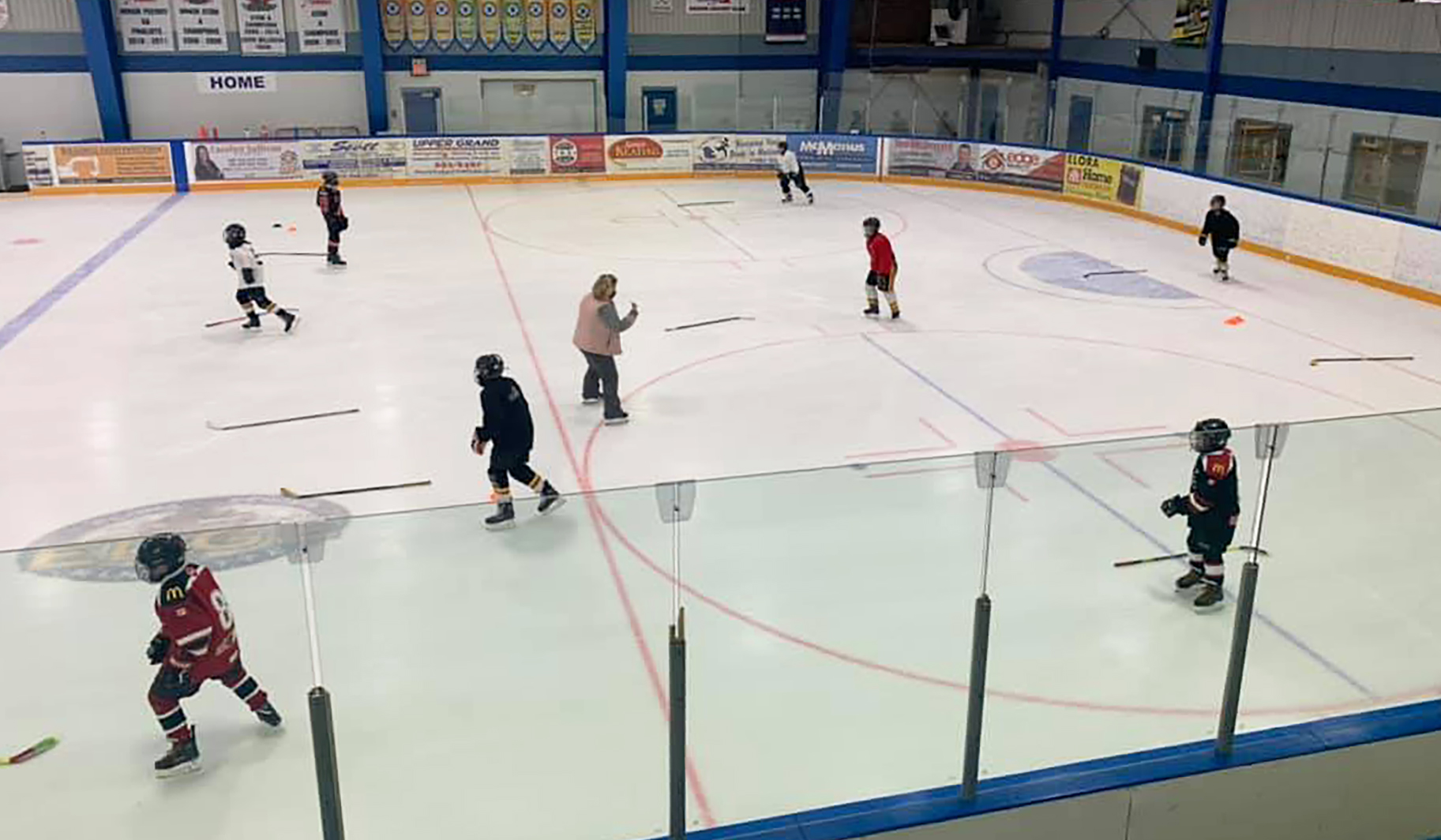 The Elora and District Skating Club had to get creative with its its programming this year, including the addition of power skating for hockey players unable to compete in their regular season. Submitted photo

The club also offered virtual off-ice programming during COVID shutdowns, and a virtual show at the end of the season.

“Everyone stepped up to the plate,” Humphries said.

“We were able to do this without our regular volunteer youth coaches by hiring a new coach and having myself volunteer to coach in the parent and tot program this year.”

The club also had to deal with limited ice capacity (when restrictions allowed for the ice to be used at all).

Humphries said rotating schedules were created to allow all the club’s skaters to access the ice.

The new power skating program was geared towards a U12 group of hockey players unable to compete due to pandemic restrictions.

“We hadn’t offered this before, so that meant hiring a new coach,” Humphries said.

“It was a challenge for us, but it ended up being a successful program and spots filled up quite quickly.”

Humphries added the club worked closely with the township and public health to ensure it not only met, but exceeded, all health and safety protocols.

Humphries said the club’s board and its coaches wanted to offer as much programming as they could safely deliver to keep its youth active and healthy in a year when local recreational opportunities were limited due to the pandemic.

“This award for the club acknowledges not only the hard work and dedication of its members, but its desire to truly make a difference for youth in our community,” Humphries said.

Humphries said in Elora, the club embraces a community approach.

“We don’t see being small as a bad thing, we actually embrace it. We are super focused on our members, and we know every single one by name,” she said.

“This (Skate Ontario) award was received because of the hard work of the board, coaches, volunteers, and members.”

Humphries hopes the award will bring awareness to skating as a sport and will show how important the sport is to people in the area.

For more information about the club visit eloraskatingclub.com.