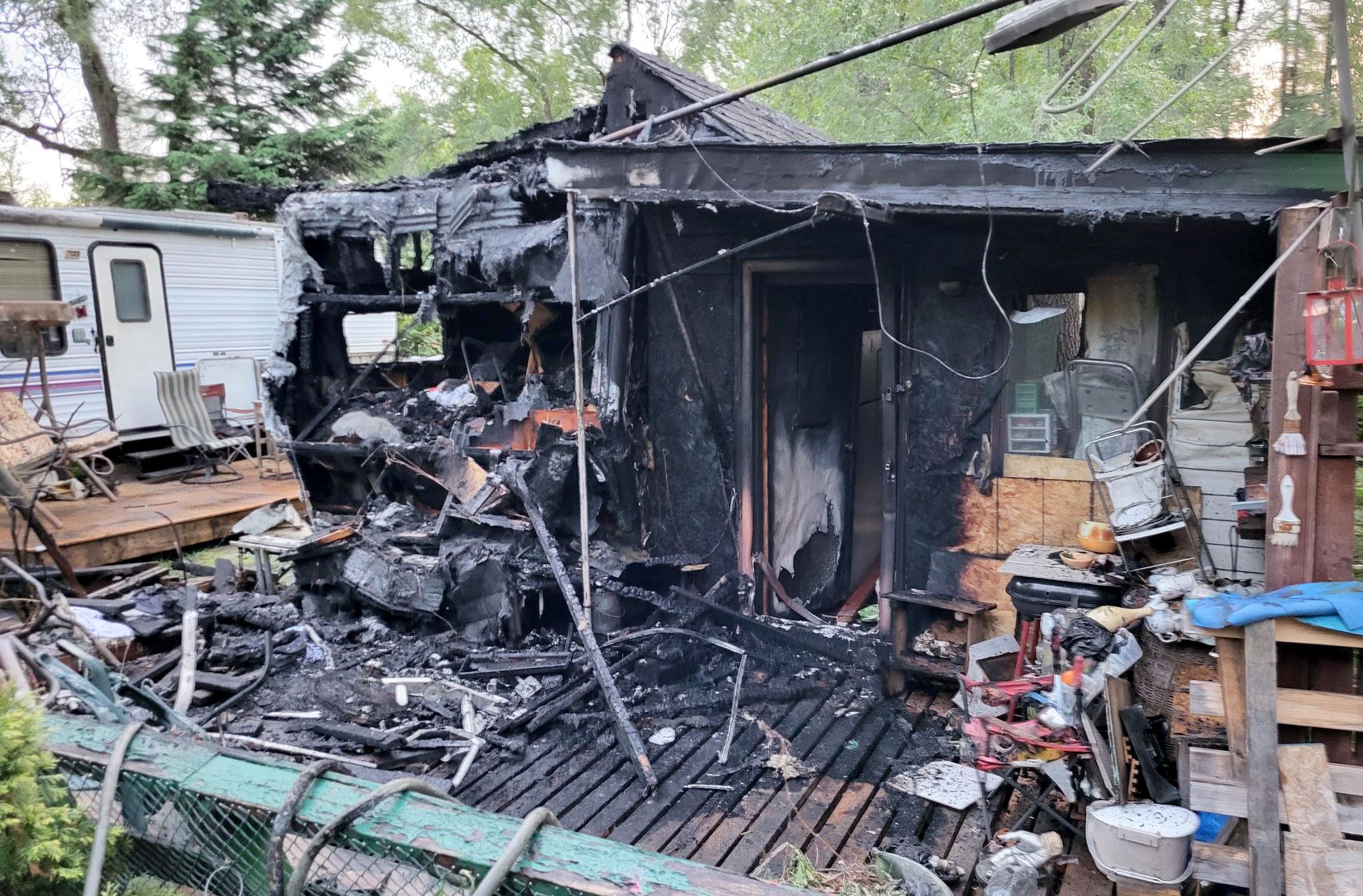 A trailer was lost in a structure fire at McClintock’s Trailer Resort, near Puslinch Lake, on June 21. Submitted photo

PUSLINCH – An electrical fire has destroyed a trailer near Puslinch Lake.

Brent Smith, chief fire prevention officer with Puslinch Fire and Rescue, said the call came in at 7:50pm on June 21 for a structure fire at McClintock’s Trailer Resort.

Cambridge Fire was the first to arrive at the scene.

Between the two stations there were four vehicles on site, with 14 firefighters from the Puslinch department.

Smith commended the Cambridge department for its “excellent job,” adding that “in the trailer park, because it’s so tight, it’s hard to contain it to one unit but they did that, so it was really good.”

He added, “We lost a trailer, but we didn’t lose multiple trailers.”

The owner was out of town and the site was padlocked and secured, so the fire wasn’t considered suspicious, Smith explained.

The cause of the fire was determined to be electrical and while there were propane tanks on site as well, they were fortunately not connected, he added. 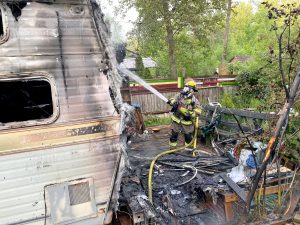 The fire prevention officer estimates damages to be between $35,000 and $50,000 for the trailer itself – which he noted was an older model – the contents inside and a nearby wood structure that was also lost in the fire.

He noted the structure was a complete loss and with no insurance on it, Smith is reminding the public about making sure to have insurance even if it’s a trailer, especially when it’s stationary.

“Citizens should be checking their home policies to just to make sure they have enough coverage because it’s so expensive to build right now,” Smith explained.

“You want to make sure you’re not under insured just in case,” he said, adding “these things happen.”