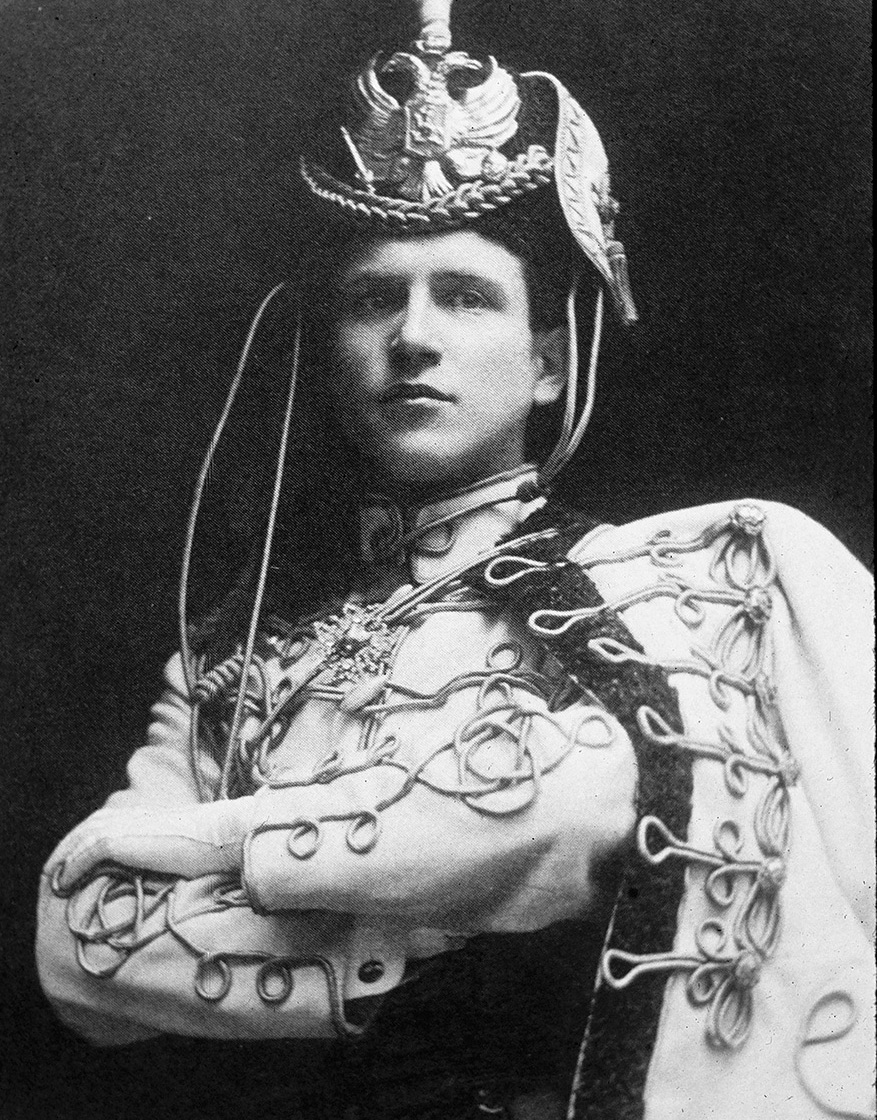 It is likely that Edward Johnson is familiar to local music fans. A native of Guelph, he played a major role in 20th century music in North America.

Less well known is the first music festival in Guelph. That was back in 1929, and Johnson played the pivotal role in bringing it off. It was only a short affair, three performances in two days, but it had an impact on the community that continues to resonate to the present day.

In 1929 Edward Johnson was at the top of his profession, the leading tenor at the Metropolitan Opera in New York. But he never severed his connections with his hometown, where he was born in 1878.

As a boy, young Eddie Johnson made a local name for himself as a member of Chalmers Presbyterian choir in Guelph. He resisted his father’s pressure to enter the legal profession, and as a youth indulged his fascination with music, singing occasionally at events in the Guelph area.

With no chance of furthering himself in Guelph, and sparse opportunities anywhere in Canada, Johnson headed to New York in 1899 for further study and an attempt at a professional career.

Soon he was touring the eastern part of the continent, specializing in light opera and the sentimental songs popular at that time. He appeared in an opera in Boston in 1902, and six years later made his debut on Broadway in Oscar Straus’ A Waltz Dream. That performance made him a star.

With letters of introduction from Enrico Caruso and others, Johnson then went to Italy for further study. Soon after his arrival he married his wife Beatriz, also a musician, and a daughter of a Portuguese viscount and amateur composer. They had one daughter, Fiorenza.

Using the name Edoardo di Giovanni (a translation of his real name; North American singers were then regarded as inept neophytes in Europe), Johnson began singing major roles in Italy. He reached the top two years later when he sang at La Scalla.

With the death of his wife in 1919, Johnson decided to return to the United States. He sang for three seasons at the Chicago Opera Company, and in 1922 joined the Metropolitan Opera in New York. Soon he was a top star there. Most critics found his tenor voice not really outstanding. Johnson’s skill came in projecting his roles and connecting with his audience. In that respect he had no peer.

After his return to North America, Johnson returned to Guelph regularly. Despite his growing fame, he did not put on airs, and was still known in town as Eddie. He performed in Guelph in 1921, filling the old Royal Opera House with fans. A year later he was back, performing at the Guelph Armoury with the Cleveland Orchestra, again to an overflow crowd.

In 1927 Johnson arranged his schedule so he could take in events surrounding Guelph’s centennial.

Through he 1920s, he helped arrange visits from other operatic and classical performers to Guelph with the city’s Presto Musical Club, a group of amateur performers and music aficionados that dated back to the late 1890s. Those visiting Guelph in those years included pianist Vladimir Horowitz.

During his 1927 visit Johnson discussed music education with some of his old friends and with civic leaders. The musical program in Guelph’s schools was a rudimentary one: a single teacher, Georgina Barton, handled the instruction in all the public schools and at the only high school in the city, Guelph Collegiate.

Johnson always attended Rotary Club meetings when he was in town, and that group made him an honorary member. His involvement with Guelph Rotarians helped him maintain contacts and to push his plans for musical education in his hometown.

After reflecting on the state of things and discussing the matter with old Guelph friends, Johnson decided to step in. He offered the board $25,000 over five years to fund a music program in the schools, and he insisted that the Roman Catholic schools be included as well. The first cheque arrived in 1928, and the board hired J.L. Yule as the director of the program, with Georgina Barton continuing as assistant.

The program devised by Yule and Johnson broke new ground in education, and was watched by educational authorities elsewhere. Yule and others in Guelph were anxious to demonstrate the achievements of the program, and to foster a greater musical appreciation in the city. With Johnson’s help, they planned a musical festival for the Royal City for May 1929.

Craig Evans headed a committee to plan the festival, assisted by Reginald Geen of the Toronto Conservatory of Music. Mindful of the value of publicity and promotion, Johnson announced that he had selected Mason & Risch as the official piano for the festival. That bought many columns of free publicity, and an advertising campaign by the maker featuring Johnson, Guelph, and the music festival. There were a few locals, perhaps, who were disappointed that he snubbed the Bell Piano Co. of Guelph, but that firm was then on its last legs, struggling to stay out of bankruptcy.

C.W. Kelly’s music store also took advantage of the festival, advertising copies of Johnson’s Victor recordings, some of which had been recorded eight years earlier; despite his popularity, Eddie Johnson was not a prolific recording artist. Kelly’s store took much pride in pushing those records. The firm’s founder, Charles Kelly, had been Johnson’s first vocal coach.

Guelph’s First Music Festival, as it was billed, would take place over two days, May 7 and 8. The first night would feature students from the Guelph schools. The following afternoon, Luigi van Kunitz and the Toronto Symphony would offer a session for school students, and that evening would perform again for the public along with Johnson himself.

After a Friday night (May 3) performance in Cleveland, a stop on the Metropolitan Opera’s spring tour, Johnson hopped on a train for Guelph to help with final arrangements for the festival. Early the following week he told reporters that he was pleased with Guelph’s music program and the attention it was receiving in world-wide music circles.

“We don’t only want these boys and girls to make a living, we want them to learn to live,” he told reporters.

Johnson expected slow but steady growth for the program, and emphasized that it was not designed to turn out professional musicians, but it would help those who wanted to pursue that course. Recalling his own difficulties in getting a start in music, he remarked, “I want to remove some of the obstacles from the thorny path I trod myself.”

The spring was a high point in Eddie Johnson’s career. At 41, his voice was in peak form. A week earlier he had lunched with president Herbert Hoover, who was scheduling musical performances at the White House.

“Ex-president Coolidge was not a musically minded man,” Johnson noted with a hint of disgust.

The first night of the festival, Tuesday, May 7, 1929, consisted of the finals of a musical contest among the various Guelph schools, with the emphasis on vocal music. The venue for all the events was the six-year-old Guelph Collegiate and Vocational Institute, at the time considered one of the best schools in the province, with 44 classrooms and a large auditorium.

Due to the involvement of the schools and Johnson’s easy ability to generate publicity, the house was packed. The Guelph Mercury put the audience at 3,000, but that number is dubious: the regular seating capacity of the auditorium was only 1,200. Whatever the exact number, there was barely room to breathe. A couple of photographs of that night exist, and they show extra chairs almost blocking the aisles and people crammed against the walls.

Winners of the competition finals included Gordon Duke, 13, Marjorie Bates, 12, and Jack Brown, 13. J.L. Yule directed a massed school choir of 200. The GCVI Glee Club and several smaller groups performed to loud applause. Altogether, there were 24 selections on the program. The audience erupted into cheers when Eddie Johnson appeared on stage to present the prizes.

[Next week: Day two of the 1929 music festival, and its aftermath.]

*This column was originally published in the Wellington Advertiser on May 27, 2005.