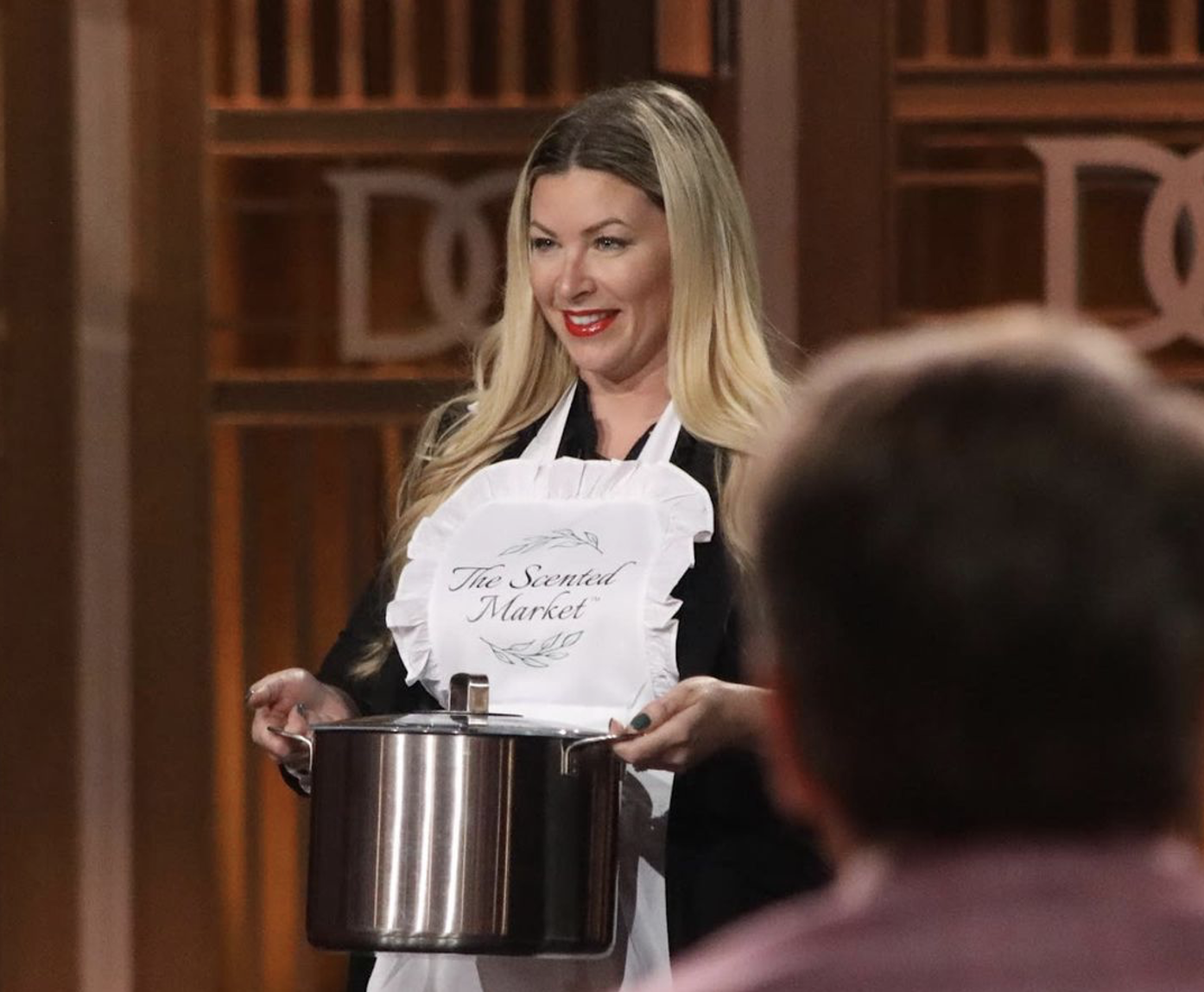 Kristy Miller, founder of The Scented Market, appeared on the season finale of CBC’s Dragon’s Den, which aired on Oct. 26. Submitted photo

FERGUS – “It’s all about community,” said Kristy Miller, founder of The Scented Market, who recently appeared on the season finale of CBC’s Dragons’ Den.

The business sells candles and other home and body products, with stores in Fergus, Guelph, Paris and Niagara.

Miller had lots of options to choose from after five “dragons” on the show offered to invest in The Scented Market.

She accepted a joint offer from Arlene Dickinson and Michele Romanow of $250,000 for 15 per cent of her company.

“They both represent women in business and supporting women entrepreneurs, so I knew that was the partnership I wanted to make,” said Miller.

She added she “knew that strategically they would be really great partners in growing the online portion of the business as well as the marketing side.”

The Scented Market opened its downtown Fergus location in January, after many customers expressed a desire for a store there, Miller said.

Around 250 people faced temperatures of minus-40 degrees to show up at the Fergus store on the day of the grand opening, with about 40 lining up outside, Miller said.

“Beautiful women had icicles hanging from their eyelashes; they were so cold,” she said.

Attendees included then Mayor Kelly Linton as well as some township councillors.

Swag bags for the grand opening had items from other local businesses.

“I’m really never in this just for me or my store,” Miller said. “I always want to be a part of the community.”

She is excited about her company’s “Tis the Season” candles, which smell like balsam fir and a hint of citrus.

“Not too overpowering; just the perfect scent,” said Miller, who loves giving it as a gift. 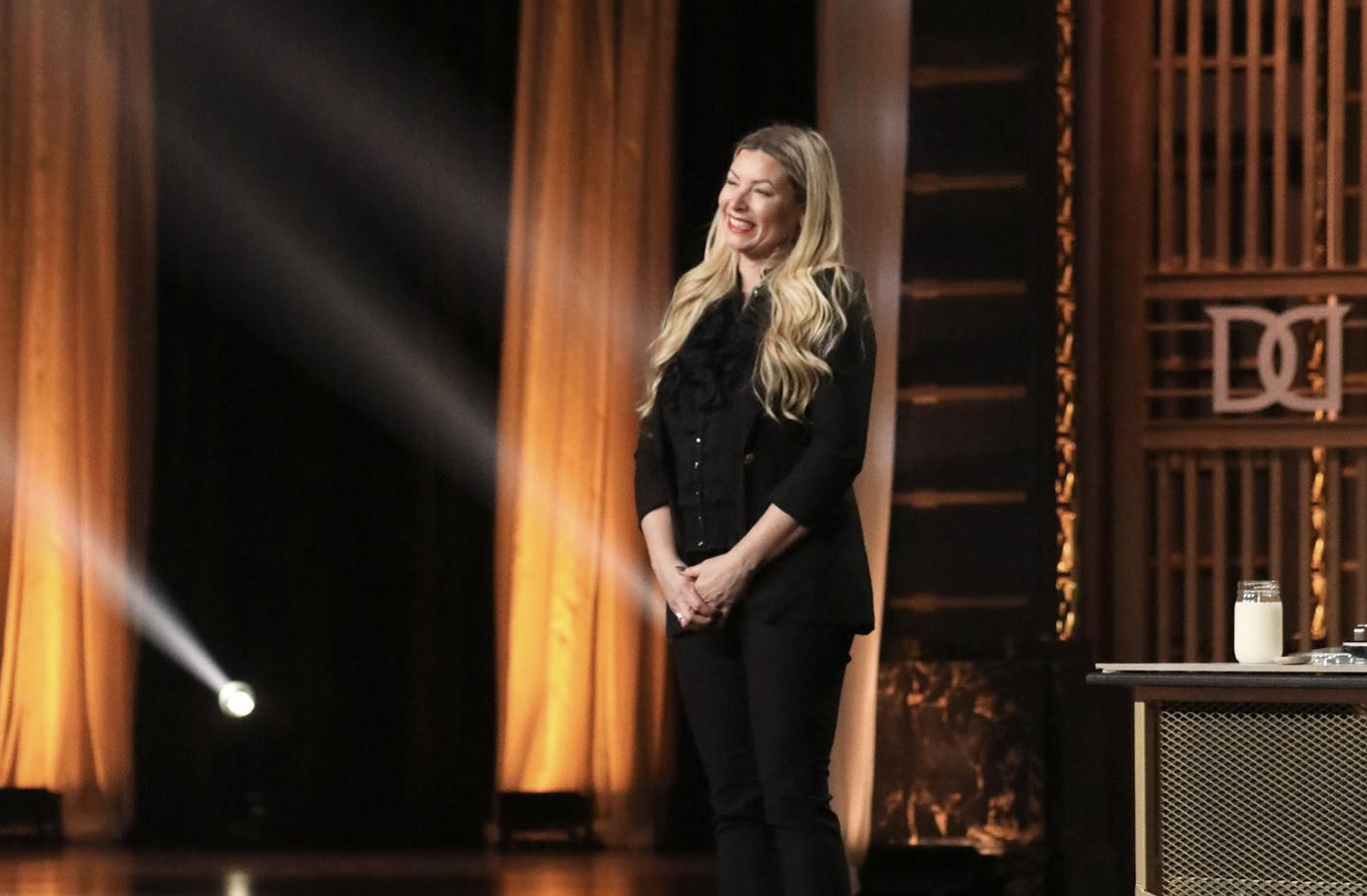 Kristy Miller accepted a joint offer from “dragons” Arlene Dickinson and Michele Romanow of $250,000 for 15% of her company, The Scented Market. Submitted photo

“Mostly why I started this business is I love a good investable piece that is repurposable,” she said, noting candle jars and bowls can be returned by customers and repoured at a reduced price.

“I feel like consumer waste is so high nowadays that anything that we can repurpose or reuse is so great, and I live my life like that, both personally and professionally,” Miller said.

“We are not necessarily 100% there yet, but every day that’s top of our list.”

She said The Scented Market is her “candle journey but it’s also about so much more; it’s about me being a role model or an ambassador for female entrepreneurs.”

She wants to inspire other moms or women interested in starting up a business, including something small on the side.

“When you put in your time and your hard work and you stick to your core values, truly anything is possible,” Miller said.