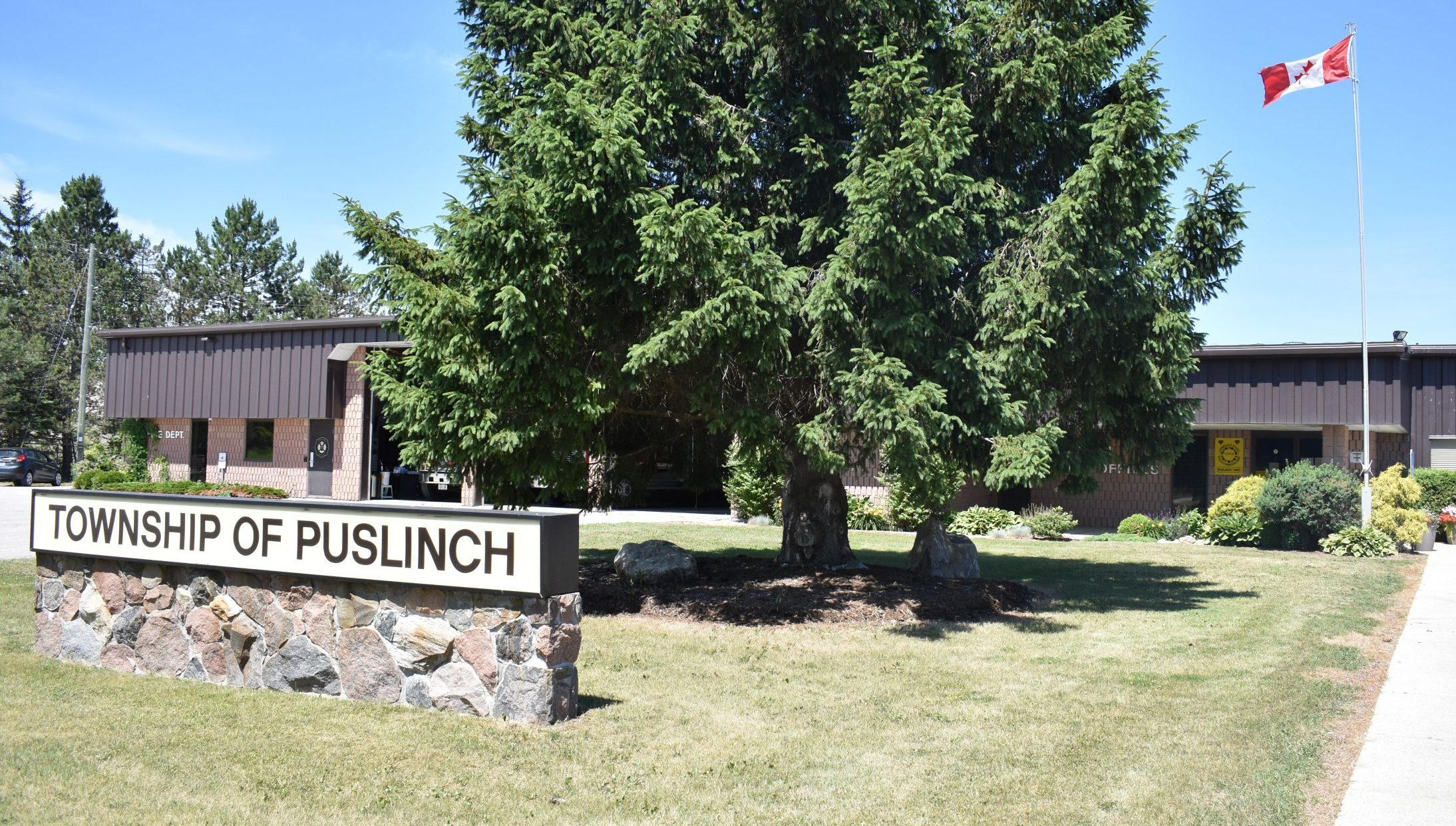 PUSLINCH – Dufferin Aggregates has been granted an hours of operation extension and an alternative haul route through Morriston during construction at the intersection of Wellington Roads 46 (Brock Road) and 34.

At the Sept. 2 virtual meeting of Puslinch council, Kevin Mitchell of CRH Canada Group Inc., which operates in Puslinch as Dufferin Aggregates, said the agreed upon haul route between Aberfoyle Pit 1 (125 Brock Road) and Aberfoyle Pit 2 (4445 Victoria Road South) will be impacted by the construction set to begin on Sept. 8.

Construction is expected to last about five weeks.

The haul route normally takes material extracted from Pit 2 on Victoria Road north to Wellington Road 34, west to Brock Road, then south to the Pit 1 entrance beside Nestle Waters Canada in Aberfoyle.

The pit is annually licensed to operate from 8am to 6pm, Monday to Friday from May 1 to Nov. 30.

“Only last week we found out that the haul road was going to be closed due to construction work at the Brock Road and Wellington Road intersection and unfortunately we weren’t provided any notification by the county,” Mitchell said.

“And we found ourselves scrambling last week to figure out how we were going to actually haul material in.”

He added, “We don’t have material on site, there’s no other way to feed the plant and we were looking at potentially five weeks of being shut down.”

Mitchell said if the operator had been given more notice they would have been able to stockpile the material.

Wellington County proposed a solution to keep the same haul route to Pit 1, using flag people to guide the trucks filled with aggregate through the construction zone.

Once the trucks are empty they will return to Pit 2 on Victoria Road via an alternate route by travelling south east on Brock Road to Badenoch Street (Wellington Road 36), north east to Victoria Road and then north to the site.

Council did not have any concerns with the temporary return alternative haul route through Morriston during construction.

However, councillor Matthew Bulmer requested that Dufferin Aggregates provide notice of the temporary haul routes and hours of operations to property owners along Wellington Road 36.

Bulmer also asked that Puslinch’s director of public works inspect Victoria Road, which is township owned and not necessarily built to haul-route standards, before the temporary haul route takes effect and produce a report about any damage sustained once the haul routes return to normal.

“To be honest we’d be looking back to the county,” Mitchell said.

“I guess to be very frank, if they’d had come to us in May, and the staff today maybe aren’t aware of the fact that we have this agreement, but if they’d given us notice in May we wouldn’t have to be here before you today.”

Mitchell also requested that weekday hours of operation be extended to 7am to 8pm from the original 8am to 6pm.

He also requested to be able to operate the haul route on Saturdays from 7am to 4pm.

Finally, he asked that these extensions be in place until the end of the hauling season on Nov. 30.

“That would allow us to work with the construction guys, maybe not use the route a day or two when they’re doing things and when they need to change the grade and temporarily really close the road and also to get some inventory in and out to build it up over that period of time,” Mitchell explained.

However, only Bulmer was amenable to Saturday operations.

“I think that the residents … it’s COVID; they’re home but I think that quiet enjoyment on Saturdays is an important part of why people live where they do.

“But I do think it’s tolerable during the week – more so, at least in the immediate short-term.”

Some councillors were also concerned about the extension of hours into the evening, as families who are home more during the COVID-19 pandemic are out enjoying the final evenings of summer.

“We’re running out of daylight now, we’re getting into September, families are enjoying those last few good temperatures and light out in the evenings,” said Mayor James Seeley.

Originally he suggested only extending operating hours in the morning.

“Your trucks will be loaded and it will take some time to load and they’ll be gone and nobody will know they snuck in an hour earlier,” he said.

However, Goyda and Bulmer said a one-hour extension isn’t enough for Dufferin Aggregates to build enough inventory to get through the construction period.

Even though Mitchell said he would be more than happy to take the one-hour extension and revisit the agreement at the next council meeting on Sept. 19, council chose to extend the weekday operation from 7am to 7pm during the construction period.

“It’s easier than trying to sell going through Morriston on a Saturday,” councillor John Sepulis added.

He told council he will report back before the Sept. 19 council meeting to evaluate if the amendments are enough – and if not, council could discuss further extensions.

“This council and myself realize that you are a corporate citizen of this township and I think the county missed some things that I’m going to try to make sure maybe this doesn’t happen in the future and proper notices are given,” Seeley said.

“I’ll be bringing it up to the roads committee meeting for the county in September.”