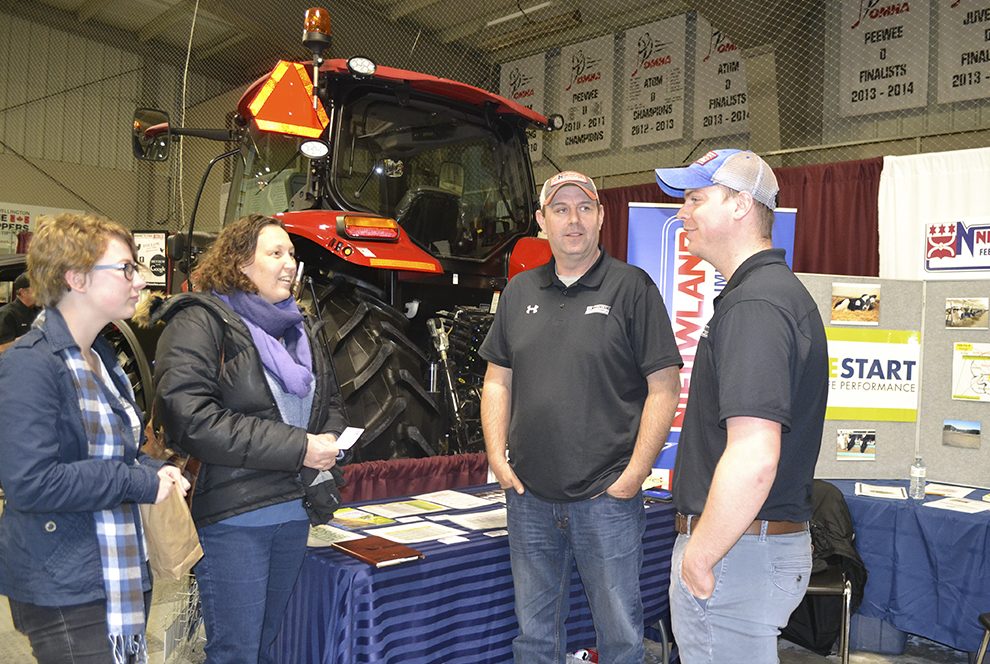 The Drayton Kinsmen Farm Show is set for April 12 and 13 at the PMD arena. Advertiser file photo

The Drayton Kinsmen Farm show will return for its 39th edition this spring after three years of pandemic-related cancellations.

The show is set for April 12 and 13 at the PMD arena and organizers are hopeful it will return to its former scale, with more than 100 exhibitors both inside and outdoors, drawing as many as 3,000 attendees and earning thousands of dollars for cystic fibrosis research and local community betterment projects.

“We’re super excited about being able to have this show again and to be able to make to make those funds for our community once again,” said Kinsmen member Gary Van Ankum.

“It’s been a long three years not having it.”

While operating without its major fundraiser was difficult, Van Ankum said the club adapted to the challenge.

“Not having our biggest fundraiser has forced us to think outside the box and we’ve come up with other ways to raise funds for the community,” he said in a Jan. 19 telephone interview.

“We definitely miss it. It’s a big part of being a Drayton Kinsmen.

‘I’ve been in the club for 20-plus years and (the show) is our winter and spring. That’s what we work on and do … So it’s definitely been very different.”

Noting the club still has a waiting list of exhibitors, Van Ankum said the club anticipates the show’s return will be well received.

“Going by the numbers from the Woodstock Outdoor Show this past September, they had record numbers of people through,” he explained.

“So we’re hoping we get the same response we always have, if not better.”

While all the traditional elements of the show will be back, Van Ankum pointed out there’s always something new to see as some exhibitors step away and are replaced “with new and interesting companies.

“There’s going to be some new exhibitors this year … We always try to keep it local and to keep a variety of types of businesses,” he noted.

Van Ankum said, as usual, half the admission income will go to cystic fibrosis research and the remainder of show proceeds will be used for the club’s ongoing community betterment projects.