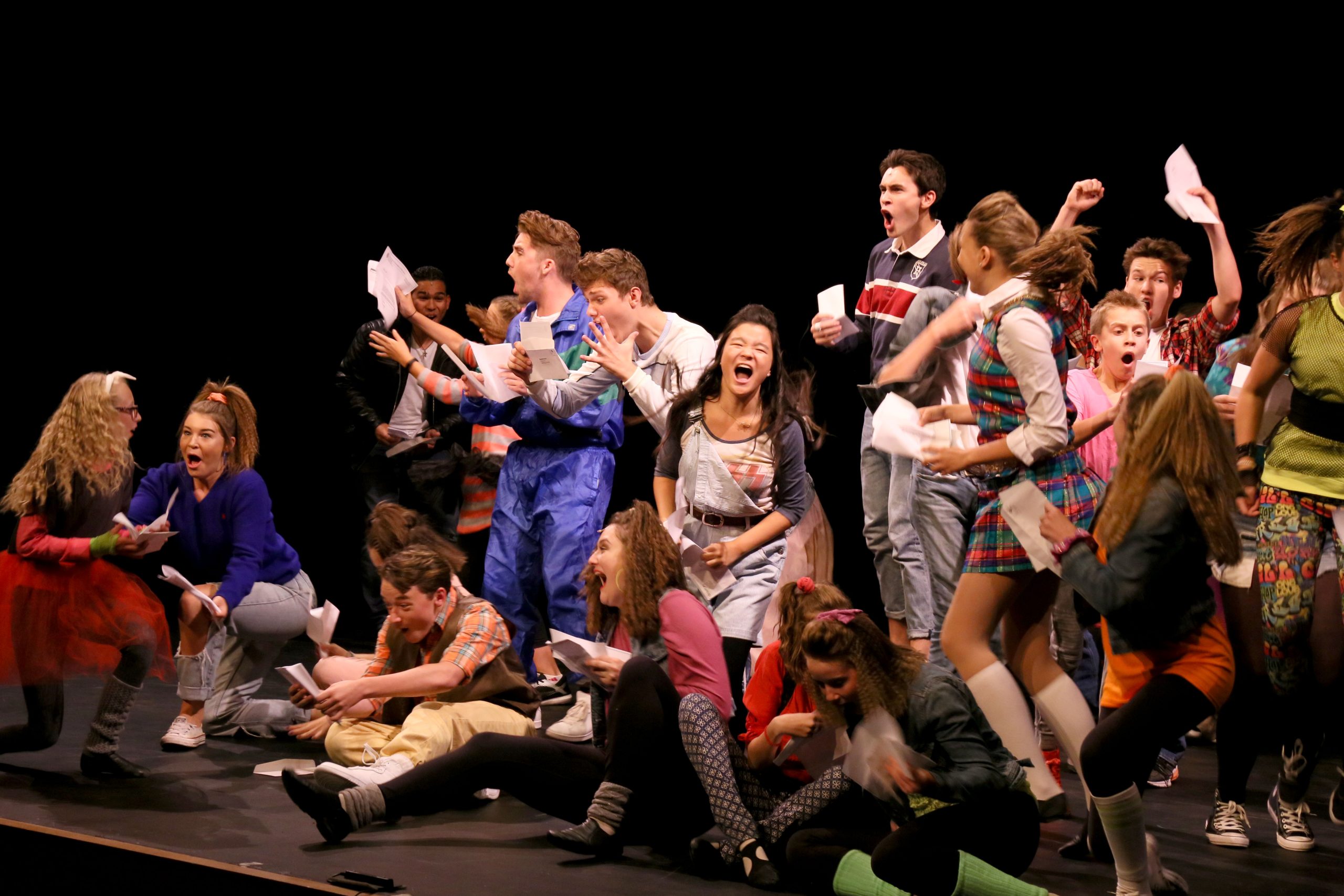 Camps – Drayton Entertainment will be offering a series of summer camps over seven weeks in July and August. Submitted photo

WATERLOO – It’s going to be a summer of performing arts fun at the Drayton Entertainment Youth Academy, officials say.

The new arts education facility operated by the award-winning not-for-profit professional theatre company of the same name will offer 22 different camps over seven weeks from July 1 through Aug. 12.

Young performers will have the opportunity to meet new friends and expand their theatre skills building on the fundamentals of singing, acting, and movement by learning production numbers, solos, scenes and monologues from a different, age-appropriate musical each week.

The Drayton Entertainment Production Centre is adjacent to the academy, so students in the Technical Theatre camp will have the opportunity to learn and work in the same space where professional productions are built.

“We are thrilled with the response to our March Break Camps – it’s clear that kids are excited to be in the new Academy space this week making new friends and honing their skills for future success, on stage and off,” says Alex Mustakas, artistic director of Drayton Entertainment.

“Our variety of summer camps will give young artists even more opportunities to grow and connect, all while being taught by some of the best professional artists in the country.”

All camps are overseen by the academy’s director of education David Connolly.

Connolly’s impressive resume includes work on major musicals like the pre-Broadway production of First Wives Club in Chicago and numerous Drayton Entertainment productions including Kinky Boots, Priscilla Queen of the Desert, Disney’s Newsies, Mamma Mia!, and many of the company’s popular panto productions. As the only amputee to have ever performed on Broadway, David is a proud advocate who’s deeply committed to matters concerning inclusion in the arts.

As an educator, he has been an adjunct professor, director, and advisor to the Musical Theatre Performance Programs at Sheridan College, Randolph College, Fanshawe College, and St. Lawrence College.

Camps will run from 9am to 4pm with complimentary early drop off at 8:30am and late pick up until 4:30 pm.

Tuition is $395 per participant per week. There are family and frequency discounts available – there is a 10 per cent discount for each additional member of the immediate family from the same household, and a 5% discount on weekly tuition when students register for three camp weeks or more.

There is also an early bird incentive – students who register before April 15 will be invited to attend a special final dress rehearsal of a Drayton Entertainment musical this summer.

The training programs at the new Drayton Entertainment Youth Academy are designed to cultivate community and collaboration, ignite imagination, and boost confidence, while providing youth interested in theatre with the opportunity to hone their skills and develop a deeper appreciation for live performance.

Participation in the summer camps programs is limited to 20 participants per age bracket per week in order to guarantee personal faculty-student attention.

Auditions are not required. To ensure that everyone feels comfortable and confident with their decision to participate in programs in-person at the Youth Academy facility, all students will be held to the most recent health and safety standards and regulations set by the Government of Ontario. Drayton Entertainment staff, instructors, and volunteers are fully vaccinated.