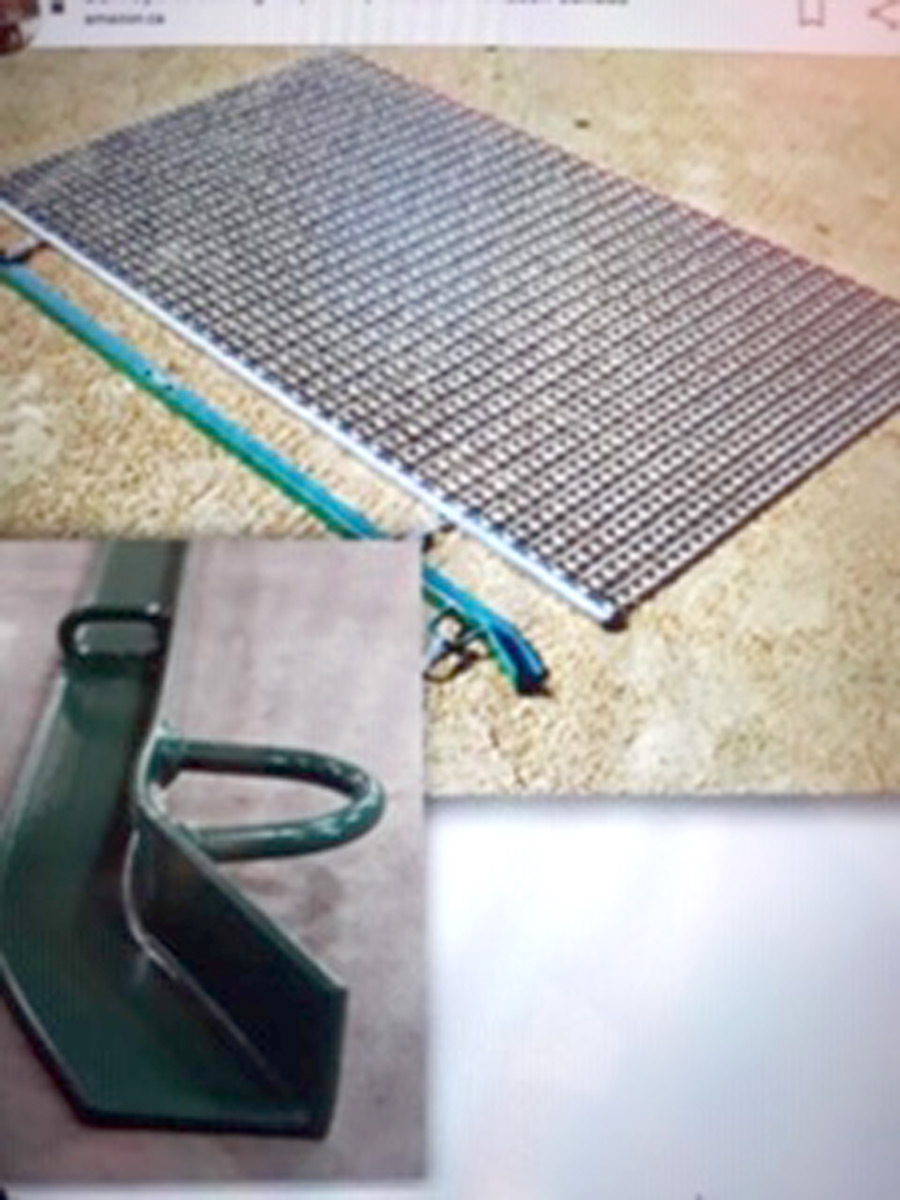 Drag stolen twice - An infield drag similar to this has been stolen from the Drew ball diamond property twice in the past six months. Area residents are being asked to watch out for suspicious activity in the area to prevent future thefts. Submitted photo

MINTO – Residents of the Drew community are asking local residents to help keep watch on the local ball diamond after a infield drag device was stolen for the second time in six months.

“I am hoping to raise awareness. The more people who know about it, hopefully the more eyes we can have to watch out.  And just maybe someone did see the theft,” said Drew Community Association president Nicole Hymers in an email to the Community News.

“We are a small group of volunteers that run and take care of the diamond, pavilion and hall.  Endless hours are put into keeping it all running and having a nice, clean, maintained place for the community. We usually have a large barbecue in July that is our main fundraiser. This year … we couldn’t host that barbecue (due to COVID-19),” she noted.

The first drag, which is approximately 5’ X 4’ and valued at  $400 to $500 was stolen early this past summer.  The association had a new one built, but found last week that it had also been stolen from behind a pavilion at the ballpark.

“This is not only a very costly circumstance for a non-profit volunteer-run committee, but   it makes it even harder to provide somewhere for the community to go and play ball,” says Hymers.

“To replace the drag for the third time, we are fortunate enough to have talented neighbours and volunteers to make us one. But we can only replace things so many times.”

A police report has also been made and Hymers notes anyone who would like to help or has information can contact her at 519-338-9920.