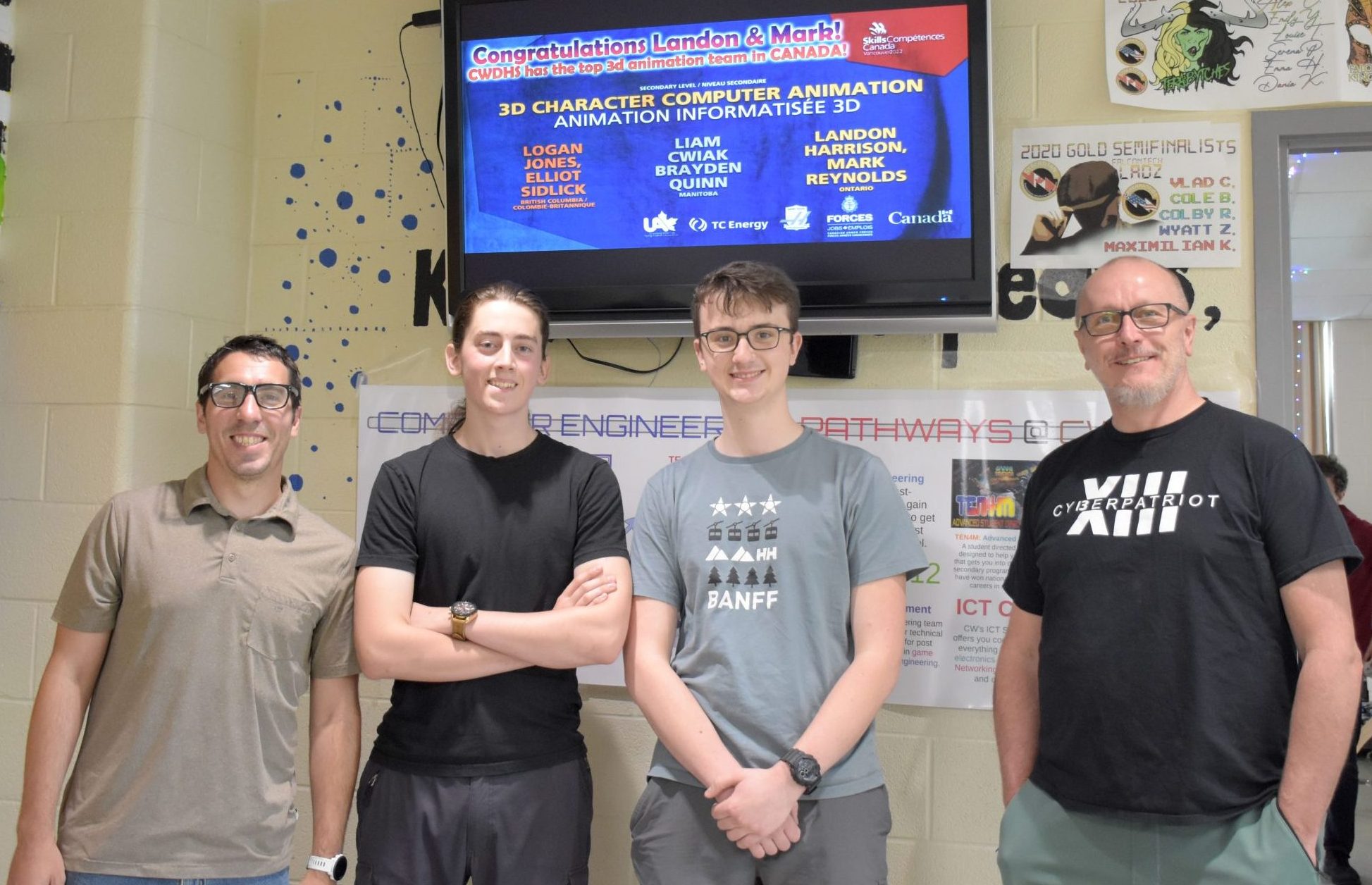 FERGUS – Students at Centre Wellington District High School (CWDHS) put their skills to the test and took home several medals from the 2022 Skills Ontario Competition, with one team also taking home gold at the national level.

Students from the CWDHS computer engineering class competed for two weeks during May, with two students moving on to the Skills Canada National Competition May 26 to 27.

Due to the lingering impacts of the pandemic, the annual competitions both took place virtually this year.

CWDHS Grade 11 students Mark Reynolds and Landon Harrison won gold at the provincials before going onto nationals, where they once again took home gold in 3D character animation for their animated short film.

They were provided with an outline and a time limit to make the animation, which had to be a story based around one thing.

“We had some technical difficulties to start off with the first day of competition,” Reynolds said.

“It was a bit of a nightmare, because we were just moved into provincials without doing regionals, just because there wasn’t enough people this year.

“And we didn’t really know what to expect.”

The duo is relatively new to the world of 3D animation, noting they didn’t have much experience beforehand, with the basis of their knowledge stemming from the school’s game development course.

It was their computer tech teacher, Tim King, who pushed them to start animating and give the Skills Ontario competition a shot.

Given the challenges posed by the pandemic, King said it was hard to get students to participate in this year’s events.

“It was a difficult year and getting people to do that little bit extra was nearly impossible,” he explained.

“But you’ve always got a few students who are just willing to do that little bit extra.”

In previous years, King explained, there’s usually time to prepare the students and get them ready, but by the time he convinced students they could be successful, they were even more short on time.

“Usually, people kind of fall into it. … But this year, it just felt like everything was under pressure,” he said.

However, he pointed out, CWDHS sent more people to the provincial competition from the school’s computer tech class alone, than the rest of the school board combined.

“It does feel kind of cool to bring home a gold for the school,” Reynolds said.

“However, it’s relatively lacklustre because we weren’t at the competition in Vancouver or Toronto. There was no big award ceremony.”

“There also weren’t as many competitors as there are usually,” Harrison added.

“So we didn’t have as much competition as there would have been.”

The format for the 3D animation competition was similar to Pixar animation, as King described it, meaning hand drawn, whereas the skills Harrison and Reynolds were learning in their game development class was 3D model based.

King said the class doesn’t look at animation principles at all, so when they got the scope of the assignment, the two students had to figure out the art side of it.

“Mark and Landon are both exceptionally talented artists,” King said.

“So in a way, this is a collaboration between visual arts and computer tech sort of coming together and producing this new medium.”

Harrison and Reynolds said they’re definitely going to go for the medal again – and they’ve already started practicing for the competition.

Since competing, they pair said they’ve been able to transfer what they’ve learned to incoming game development students through animation workshops.

“I would encourage other people [to enter the skills competitions] if they can, but not 3D animation, because we’ll destroy them,” Reynolds said.

Having applied for 3D animations in post-secondary and not getting in, King said for him on a personal level, it “feels like a 30-year loop to come back and finally push through a subject.

“I’ve always been interested in it since I was a teen so it’s really thrilling to see their success,” he added.

“And we built this thing from scratch. This is a homegrown CW course, it’s not available anywhere else.”

Grade 12 student Max King and teammate Kohan Wesselink were among those to medal at the provincial level, taking home bronze in Geographic Information Systems (GIS).

Max, a returning bronze medalist, said although they got bronze again this year, he felt they made a genuine improvement and the judges’ feedback was stronger.

“I was up against more teams this time as well,” Max said.

“So I was up against heavy competition, especially for schools that teach GIS to students. We didn’t have it.”

Being that the school doesn’t teach GIS, Wesselink said it was all very new for him to learn, especially just a few weeks before the competition.

“It’s kind of fun because it’s very different when you’re in the competition versus training,” he explained. 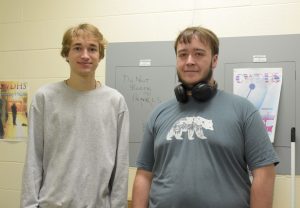 As a first-time competitor, Wesselink said he enjoyed the experience and is interested in trying his hand at it again next year.

He said for him, the biggest challenge was finding someone he could work well with.

He noted he and Max collaborated well together and were able to share ideas throughout the competition, which helped a lot.

While he was content with placing fourth, Grover said he could’ve put more work in.

Next year, he said he’s going to begin his prep early and work through the course of the year to try to bring home another medal. 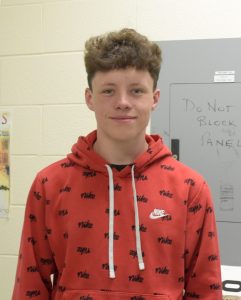 While he enjoys playing around with electronics engineering in his free time, Grover said the tasks he faces in the competition are a little different.

“The theory is all the same, but the actual application is a little different,” he explained.

“So it’s a little more centred around actual application instead of just things you could do for fun.”

The grade 10 student said he plans on going to university for electrical engineering, but he also has an interest in software engineering if electronics doesn’t pan out.

“Both things I love doing and just I liked the physical aspect, because I’d probably go a little crazy if I had to sit at a desk every day,” he said.

CWDHS student Wyatt Zymerman took home the bronze medal for Information Technology (IT) and Network Administration, the sixth consecutive provincial medal in that category for CWDHS.