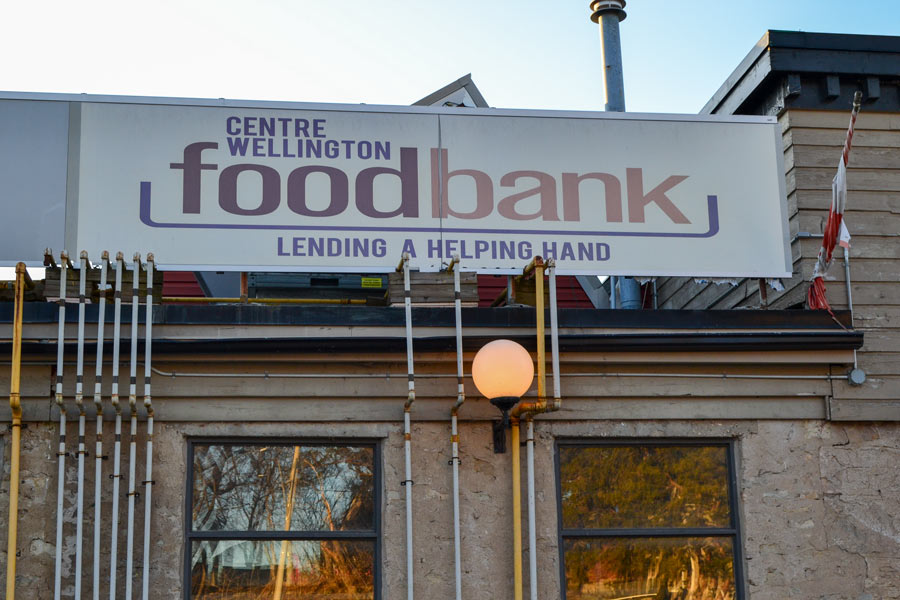 Food bank - Centre Wellington Food Bank is in good shape right now, but the impact of the coronavirus may change the picture. Photo by Joanne Shuttleworth

WELLINGTON COUNTY – The initial impact of COVID-19 is having a varied impact on food banks in Wellington County.

For some, it is business as usual, while others have seen a sudden spike in activity.

All remained focussed on the safety of their volunteers and the people they serve.

So far, the demand there is unchanged and Theurer said the food bank will continue as long as there is food and volunteers.

She noted the food bank does order some supplies from the local grocery store and in the most recent order, only half the food came in.

He did not discount changes in the future.

“But for the time being, the food bank is still receiving regular donations of items from toilet paper to foodstuffs,” Aleksandrowicz said.

He noted some individuals had offered additional money in light of the COVID-19 pandemic.

To those people, he suggested saving the money in order to make a donation later in the year. He said right now the food bank has quite an emergency reserve as people are stepping up to help out.

“There is no run of people coming to the food bank and we have plenty of food,” he said.

Aleksandrowicz added part of the reason the food bank is doing well is its food rescue and recycle program.

Currently the food bank has five vendors, from grocery stores to restaurants, involved, with the possibility of another 10 joining in. The vendors donate items which are either not selling or unwanted.

Aleksandrowicz estimates the food bank is currently receiving upwards of 3,000 pounds of food each week.

He said what the food bank now needs is a refrigerated vehicle to transport already-cooked meals from local restaurants.

Aleksandrowicz said several years ago, the food bank received leftovers from a restaurant and was able to offer its own spur-of-the-moment banquet at the food bank.

He stressed demand could increase if people begin to lose their jobs as a result of COVID-19.

At East Wellington Community Services, staff indicated that while the food bank remains open, items are being delivered to clients so they do not have to come in person.

Coordinator Iris Richardson has seen a spike in demand at the Harriston Food Bank.

On March 17, she said “It’s been fairly quiet, until today. Today the phone has not stopped ringing.”

Richardson explained that since January, the food bank has typically dealt with three to four requests for hampers per week.

“Today there has been six with another three to four anticipated for Thursday.”

Barb Burrows of the Palmerston Food Bank said there were a few more clients than usual last week.

She added this is typically the time of year when donations are down. “They usually pick back up in the summer.”

Overall, she said supplies are in good shape in Palmerston.

Burrows said the centre is leaving it up to the volunteers whether or not they come in, noting, “We have a lot of older volunteers and we would never make them come in.”

Palmerston does not offer delivery and clients pick up their own items.

“We maintain social distancing to the best of our abilities.” Burrows added “we are looking after the needs of our volunteers and those in need … no matter what.”

Daphne Rappard clarified she is not directly involved with the Community Pantry, except at Christmas time, when the Christmas Bureau “takes over” for the month.

She said, “I am sure changes need to be made to the current once-a-month Community Pantry access restriction, as people’s cash flow will be severely impacted by the COVID-19 crisis.”

The Advertiser did not receive a response by press time from food bank officials in Clifford and Drayton.