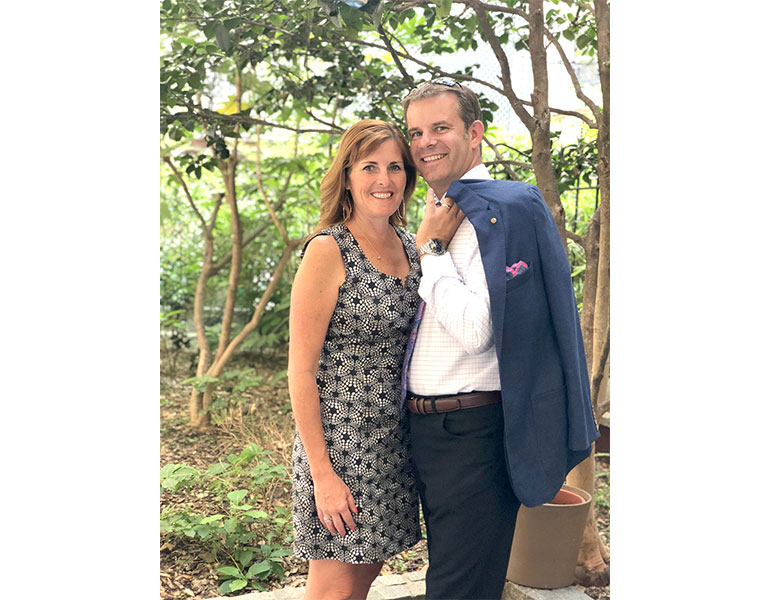 ST. JACOBS – With the support of area residents Brad Carr and Susan Wagler, award-winning Drayton Entertainment will build on its artistic programs to help serve established, current and future audiences.

The West Montrose couple has made a multi-year commitment totalling $500,000 in support of Drayton Entertainment’s new Youth Academy training facility, which will serve as a hub for its expanding arts education initiatives, as well as operations and programming support as part of the not-for-profit charitable organization’s multi-year recovery effort following the devastating COVID-19 pandemic.

In return, the St. Jacobs Country Playhouse Auditorium will be named The Carr Family Auditorium.

“We have watched as Drayton’s programs have expanded over the last few years to include people at all ages and stages of life,” says Brad Carr.

“In particular, opportunities have increased exponentially for young people to be exposed to the arts through arts education, engagement, and outreach.

“Our family is excited to be part of the process as more youth throughout the province learn and grow under this new umbrella.”

The Carr family has a long history of supporting Drayton Entertainment. They have been attending productions at the St. Jacobs Country Playhouse since its opening in 2005.  Brad and Susan are actively engaged in the community, supporting Lisaard and Innisfree Hospice, MCC, and KidsAbility, among other charitable organizations and causes.

“This vital support will set us up for another 30 years of success as we continue adapting and evolving our acclaimed theatre model beyond live theatre experiences to include other related activities, such as inspiring and empowering the next generation of artists onstage and behind-the-scenes, as well as providing positive experiences, which transcend the arts to shape future leaders and community-minded citizens,” says Drayton Entertainment artistic director Alex Mustakas.

Drayton Entertainment’s Youth Academy is currently under construction at 145 Northfield Dr. W. in Waterloo. The $3 million project will transform an industrial warehouse into 10,000 square feet of cultural infrastructure including rehearsal halls, classrooms, music rooms, acting studios, and more. Students will also have access to Drayton Entertainment’s adjacent Production Centre for the Technical Arts, generating thousands of hours of new arts activity every year.

A Tuition Bursary Endowment Fund will be implemented to remove the cultural, economic, communication, and physical barriers which impede participation for marginalized and underrepresented groups, including youth identifying as Black, Indigenous, and/or Persons of Colour (BIPOC), LGBTQ+, new Canadians, and Persons with Disabilities, states the organization in an Oct. 12 press release.

The donation from the Carr family is an important springboard for this ongoing fundraising effort. A grassroots capital campaign is underway to raise the remaining funds.