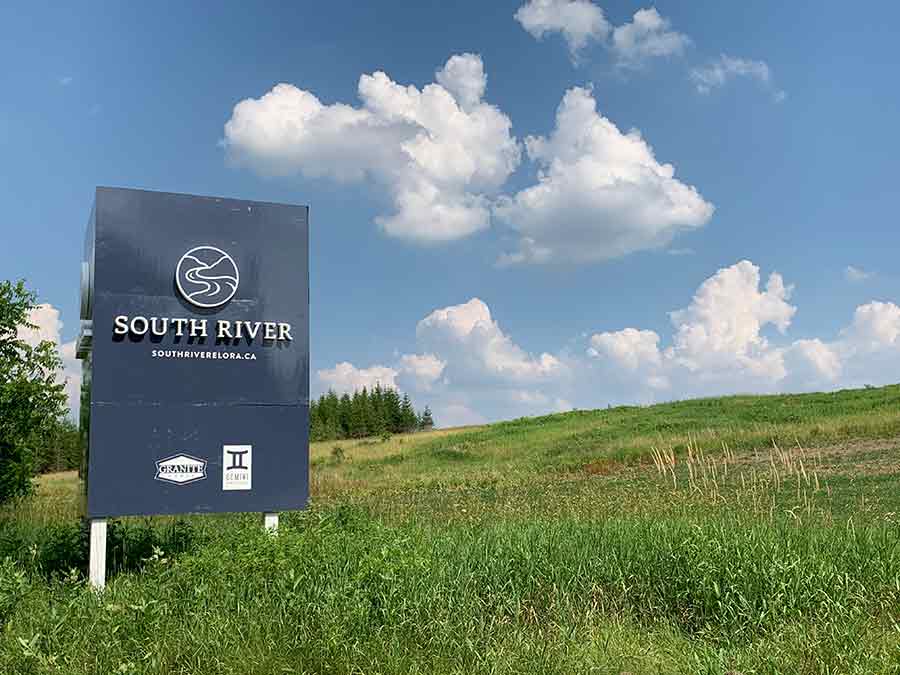 Agreement - Centre Wellington Township council agreed to enter into a subdivision agreement and service finance agreement with Haylock Farm Ltd., a move that will kick-start a new subdivision in Elora.
Photo by Keegan Taylor

ELORA – Centre Wellington Township council agreed to enter into a subdivision agreement and service finance agreement with Haylock Farm Ltd., a move that will kick-start a new subdivision in Elora.

At its June 29 meeting, council heard a presentation by Jeremy Grant of the Seaton Group, who explained the 434-unit subdivision will be built in two phases. Haylock will be first and was the subject of the meeting. Youngblood will come in about five years.

“It depends on the economy,” Grant said.

The subdivision is located on the south side of South River Road between Cecilia and Gilkison streets, and will have a mix of housing and lot size, two parks, sidewalks on both sides of streets, and interior trails that connect with nearby public trails.

Stone walls and rail fences will run throughout the development, “to reinforce the architecture of Elora,” he said.

The project boasts environmental features including a groundwater management system; extra depth of topsoil, tree preservation, and plantings of native trees including on boulevards.

Servicing upgrades and storm outlets will be required along South River Road and with council’s approval, the township and the company can formally execute an agreement. Essentially though, the company will front the cost of the road improvements, some of which will be recovered through development fee credits.

The project was draft approved in Jan. 2019 and has met the 47 conditions determined through an LPAT hearing, said Brett Salmon, director of planning, in his presentation to council.

Salmon said the cost of the road improvements is about $2 million – $1.36 million will be covered by the developer and $800,000 will be recovered.

Councillors had some concerns that the subdivision does not contain commercial space leaving residents there somewhat isolated.

But in the end, council unanimously approved the project.