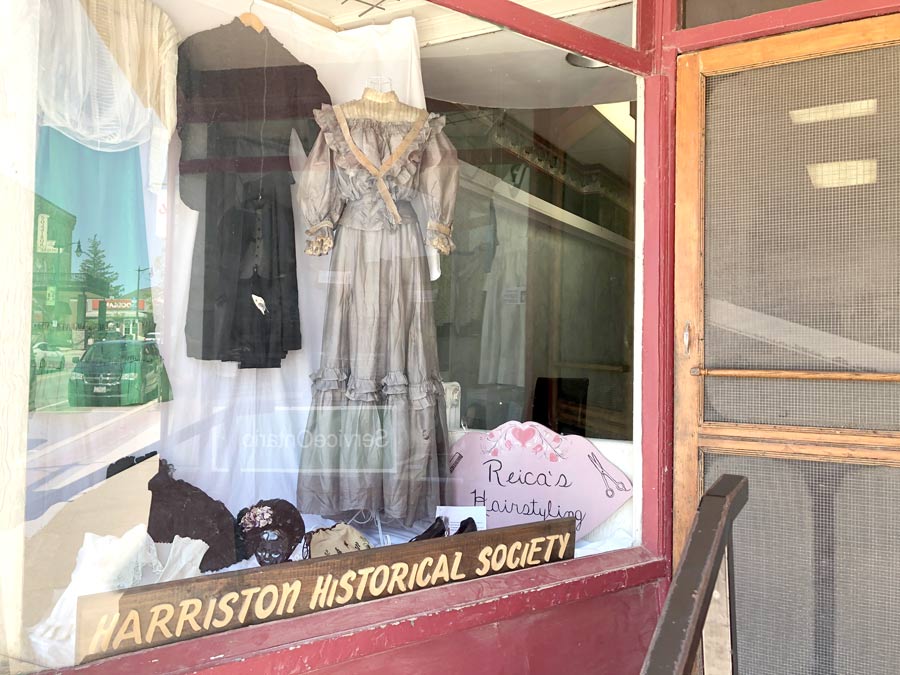 Story starters - The Town of Minto Cultural Roundtable is encouraging local residents to tell stories through window displays designed to “get people talking and reminiscing.” The above display was set up by the Harriston Historical Society in the window at Reica’s Hairstyling. Photo by Patrick Raftis

HARRISTON – What is storytelling?  Unfortunately it’s an art that’s in a downward spiral.

Before man learned how to write he had to rely on his memory to learn anything. For this he had to be a good listener, and relate what he heard.

All information, including family history, was shared verbally down through the generations until someone eventually wrote it down.

Recently the Town of Minto Cultural Roundtable decided to encourage people to tell stories through window displays designed to “get people talking and reminiscing.”

It was also hoped such displays would draw people downtown. The first to pick up on the theme was the Harriston Historical Society.

In collaboration with the Harriston-Minto Fall Fair, which is celebrating its 160th anniversary in 2019, society volunteers chose the theme of vintage clothing.

The two windows framing the alcove leading to Reica’s Hairstyling and the Service Ontario office were chosen.

In the windows are several ladies’ outfits with high collars, mutton sleeves and of course long skirts.

On the other side of the entry way in the second window, is a brown print (long skirt) suit with matching silk peplum waist blouse.

A man’s suit, with vest and pocket watch, spats and hat complete his ensemble.

Of particular interest are the baby clothes of one-time mayor of Harriston, Percy Dryden (1887-1982).

The thrust of it all is to have people studying the exhibit, joining friends, going for morning coffee, and starting a few tales of “I remember when.”

The historical society is currently working on yet another display.

For the summer months there will be a three-room History of the Harriston Fall Fair exhibit in the Minto Arts Gallery (third floor of the Wellington County Library, Harriston Branch).

During the annual Harriston Street Festival, on the Aug. 10 and 11 weekend, there will be a barbecue beside the Town Hall on Saturday.

On Sunday the society is hosting one of the town’s greatest storytellers, local entertainer Neil Aitchison.Minto