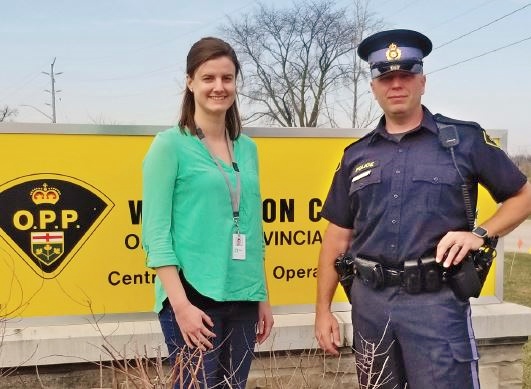 MINTO – Council here has received on update on the Wellington County Community Safety and Well-being Plan.

All municipalities were mandated by the Ministry of the Solicitor General to create their own plan by mid-2021.

Wellington County, through Safe Communities Wellington County (SCWC), was able to create and complete the community safety and well-being plan for the entire county, with all municipalities agreeing to support the process.

Although the local plan was completed in June, SCWC coordinator Christine Veit told council during a Dec. 21 online meeting she held off presenting it to local councils in the hopes it could be done in person.

Three years in development, the plan was created through a SCWC leadership table in partnership with Wellington County OPP and the County of Wellington.

While the plan covers the entire county, each municipality is required to be represented on the leadership table, and “contribute to safety and well-being initiatives and strategies that are implemented.”

Each municipality is required to provide an annual update to the Safe Communities leadership table, explained Veit.

Priorities identified for attention in the plan, in order of urgency, include:

“Here’s the good news. While originally, we thought that there would be drastic differences in the priorities of each municipality, there actually wasn’t,” she noted.

However, she added, “that definitely does not mean that every municipality will have the same strategies. 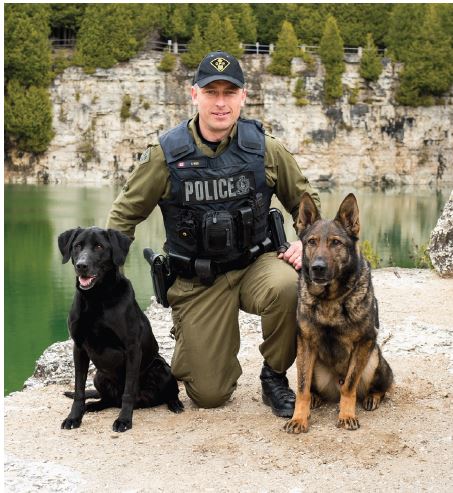 “What we decide to do at a county level may be different from what you want to do,” said Veit, who recommended council consider the plan a guideline and a place to start to improve safety and well-being in Minto.

Veit offered a vision of what successful implementation of the plan will look like.

“The goal of the municipality is to mitigate situations of elevated risk, proactively identify those risks, then promote and support programs that achieve successful outcomes,” she explained.

Social development is the first element of a four-stage intervention component of the plan, which includes addressing the underlying causes of social issues Veit noted.

“This includes opportunities for employment income, adequate housing, access to education, and other supports that promote social and economic inclusion,” she explained, adding that the “Market Bucks” program implemented through the Minto Farmers’ Market is “a great example” of a proactive strategy to address concerns of this nature.

“You have tons of wonderful things you’re doing,” Veit pointed out.

Local youth initiatives are also examples of applying proactive strategies to identified risks “that are likely to result in harm to individuals or communities if left unmitigated,” said Veit.

“A great example for the Town of Minto is the partnership with the Integrated Youth Services Network and the Groves Hub, as well as the amazing work that Minto Mental Health is doing as well.”

In addition to social development, harm prevention, risk intervention and emergency response are the other levels of intervention in the plan.

Risk intervention, Veit pointed out, is aimed at identifying and responding to situations of “acutely elevated risk” and mobilizing immediate interventions before an emergency or crisis driven response is required.

While not specific to Minto, Veit said a partnership between the county, Loyola House and Holiday Inn Express to help with homelessness across Wellington County is “a fantastic initiative,” providing risk intervention.

“It’s amazing. The framework recognizes that it is beneficial to maximize efforts … to reduce harm to individuals who have their needs met before the situation escalates into a crisis and to prevent increases in demand for more costly downstream interventions with police and other emergency response systems,” she stated.

Veit explained that over the next 12 months Minto will be required to:

Councillor Ron Elliott asked if the group was working on any initiatives aimed at reducing speeding on local roads, particularly in urban areas.

“Many, many times, I’ve got calls throughout our town about speeders,” said Elliott.

“All our communities have main highways… and they don’t seem to slow down until they get to the main intersection of communities. It’s a little scary for kids going back and forth for school and seniors going across the street.”

Veit pointed out reducing motor vehicle accidents is the group’s “number one priority.”

“So we are working diligently with the OPP trying to figure out the hotspots and figure out what we can do as a community group to be able to support them so it doesn’t get to the enforcement piece,” she said.

“As I mentioned, we don’t want to let it get to the emergency response, we want to make sure that we try and prevent and educate.”

She also noted the group was set to launch a “Take 10 Minutes” campaign, to encourage motorists to “add an extra 10 minutes when you’re hopping in the car, so you’re not aggressively speeding.”

Mayor George Bridge pointed out speeding hotspots are also being dealt with as part of the County of Wellington Roads Master Plan.

Councillor Jean Anderson noted the second priority in the plan is falls among seniors.

“Our seniors are getting unnoticed in the midst of COVID because they’re not being seen by their doctors, they’re having virtual visits,” Anderson stated.

“I don’t know that we have enough of those people identified as high risk because, again, they need to see their doctor,” Anderson added.

“So the emergency department is seeing unprecedented numbers of people who are coming in with a not very urgent problems, but they’re coming because somebody needs to see it, rather than talk to them over the telephone.”

Veit noted falls have traditionally been the number one priority for local Safe Communities groups, but vehicle accidents were moved up “because we did have an uptick of aggressive driving.”

She pointed out the falls action group has some “fantastic strategies” including working through the Victorian Order of Nurses on virtual exercise programs.

“And that really high-risk group of frail, elderly seniors, we don’t have a way of connecting with them.”

Bridge thanked Veit and SCWC members for “all your hard work” on the plan and said staff would follow up to ensure the town’s requirements are met.

“This is another group that’s done wonders for the county,” said Bridge.