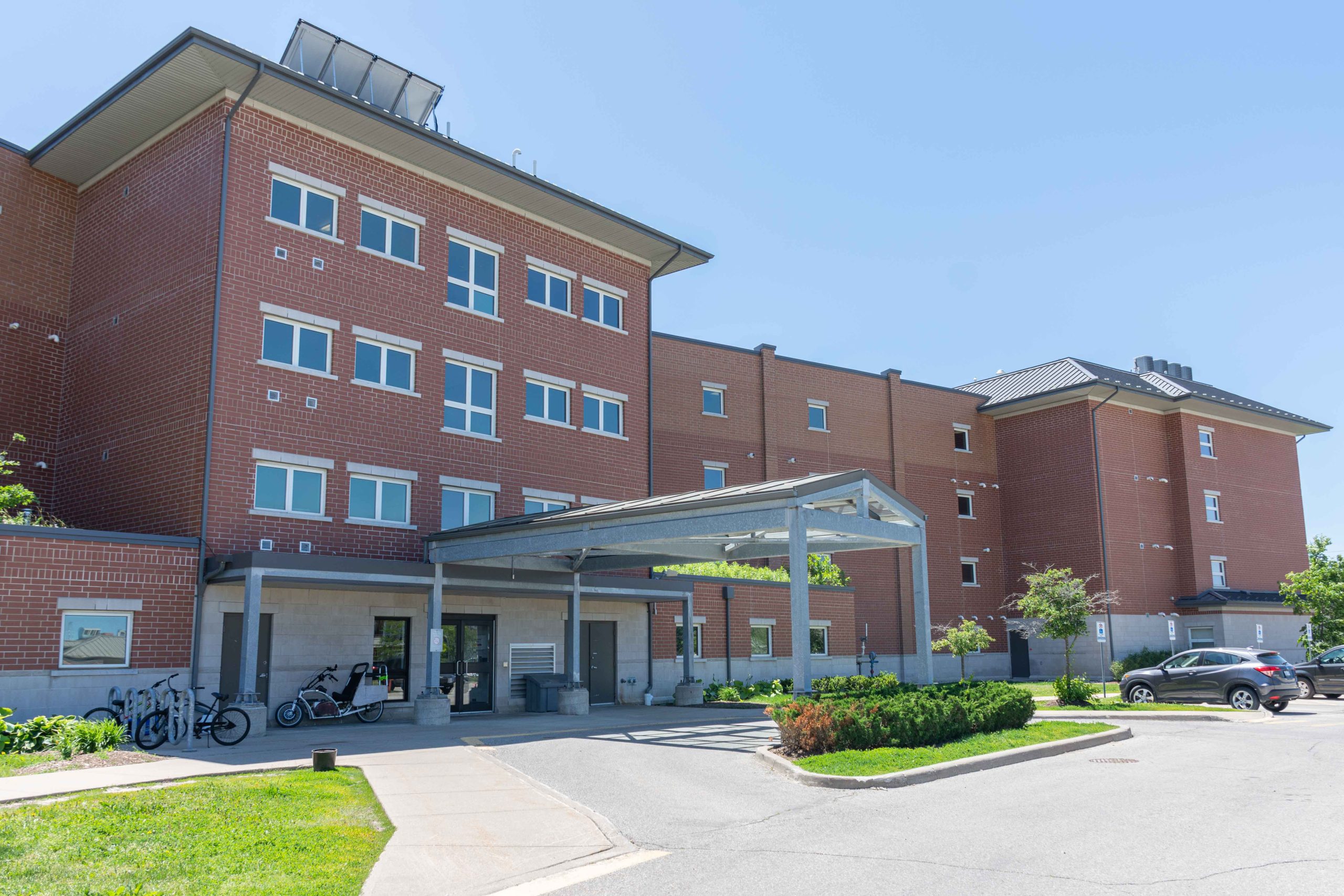 The county’s social services committee has endorsed a recommendation for a $1.5-million air conditioning installation at Fergusson Place, the county-owned affordable housing building at 165 Gordon Street in Fergus. The committee also endorsed the replacement of windows, doors, siding, downspouts and eaves at 46 family social housing townhouses located in Guelph at a cost of $750,000. Photo by Jordan Snobelen

GUELPH – This summer may be the last some families living without air conditioning at the county-owned Fergusson Place building will have to put up with the heat.

The county’s social services committee has endorsed a recommendation for a $1.5-million air conditioning installation at the county-owned affordable housing building, located at 165 Gordon Street in Fergus.

There are 55 total units at Fergusson Place, according to county social services administrator Eddie Alton.

But not all have an air conditioning unit to cool off during heat waves, like ones experienced last week, when temps ranged from 30 to 33 degrees Celsius, prompting multi-day heat warnings.

When Fergusson Place was built, the county had a passive air exchange system installed, Alton explained by phone.

“But with the temperatures the way they’re going, it doesn’t seem to be sufficient,” he said.

During a June 8 social services committee meeting, county purchasing manager Jackie Osti told the committee installation of the independently-controlled units is “quite extensive.”

Contractors were pre-qualified for the job – meaning the companies are believed to be capable of delivering on what’s required – with two bids received in May.

“The really big part of that [cost] is the equipment and mechanical, electrical components and architect on that project,” Osti told the committee.

Staff have recommended Dakon Construction be awarded with the construction work at a tax-in cost of $1.3 million.

Originally, $1.7 million was budgeted in 2021 and 2022 for the overall work – including construction, engineering, and a $122,600 contingency – but with quotes now on the table, the entire project would ring in at $1.5 million.

The $200,000 difference would be placed back in to the county’s Housing Capital Reserve, from which the entire project would be paid.

Should county council approve the committee’s recommendation to award the job, Alton said work could begin in July and finish within three to four months.

The committee also addressed a second tender, this one for the replacement of windows, doors, siding, downspouts and eaves at 46 family social housing townhouses in Guelph.

The replacements were identified through a building condition audit.

Five quotes for the work were received by the county from five companies, with bids ranging from $649,091 to $2.77 million.

Drayton-based Mapleton Exteriors outbid the competition with the lowest quote of $649,091 – working out to around $14,110 per property.

“Mapleton Exteriors has done most of our projects for this type of work on our family units, so they’re an excellent contractor,” Osti told the committee.

Warden Kelly Linton spoke of the discrepancy in bids received to a background of laughter from the committee.

“Were they building the windows out of gold or what?” Linton said of the highest bid received from Toronto-based Brook Restoration Ltd.

“I don’t think we’ve seen that before,” the warden remarked.

Osti said all the contractors who bid on the work had attended a mandatory site meeting.

“It’s hard to explain what they were thinking,” Osti said.

The committee carried the recommendation for construction work to be awarded to Mapleton Exteriors at a tax-in cost of $660,500.

To pay for it all, $177,700 would be pulled from the county’s housing capital reserves and $572,300 would be covered by the City of Guelph through a cost-sharing arrangement with the county (based on the share of residents living in social housing in Guelph) because the county looks after social services for both the county and the city.

The committee’s recommendations will go to council for approval before agreements are signed and the work can proceed.