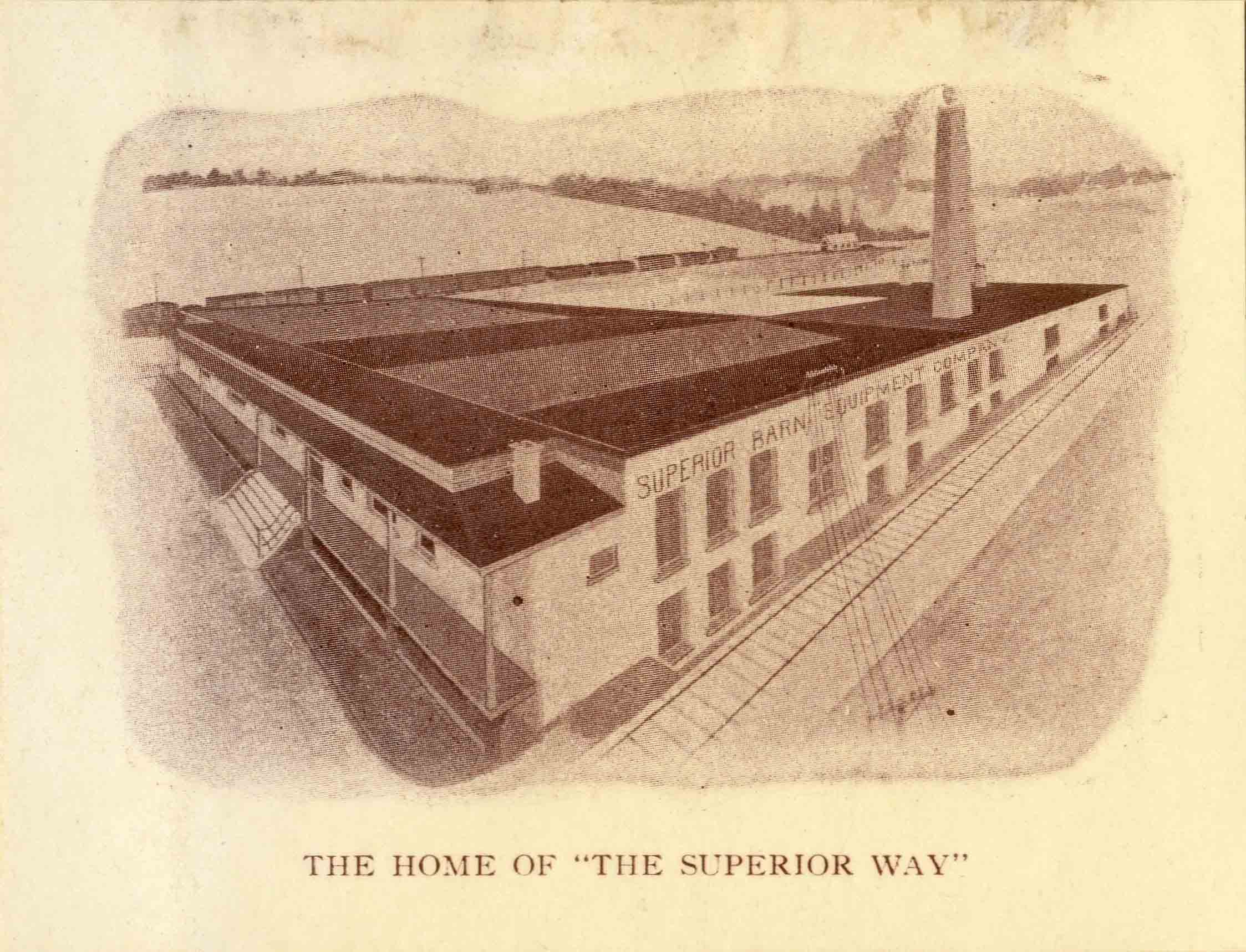 (This is the concluding column of a series on the Fergus Dressed Meat and Cold Storage Co. building. This building, on the Beatty Line in west side of Fergus, was later used by Superior Barn Equipment, and is currently the home of Sharpe’s Feed and the Fergus Welding and Machine Shop.)

Optimism was high at the end of 1905 when the Toronto-based William Ryan Co. began production at the Fergus Cold Storage plant in the last weeks of 1905, specializing in hams and other pork products.

Though using modern equipment, the plant was small by the standards of the meat packing industry. These were the years when the nationally known names were establishing themselves in the marketplace: Swift, Burns, Canada Packers, and Schneiders.

Only a few smaller regional firms would survive for any length of time; for example, Fearman’s in Hamilton, and White’s in Stratford.

Very few details of the Toronto-based William Ryan Co. seem to have survived. The firm seems to have concentrated on wholesale distribution of perishable food. The relatively small Ryan firm may have had some difficulties as the entire food industry began to be concentrated into a smaller number of firms.

Retail chains such as Carroll’s, Loblaw’s, and Dominion stores had their origins in these years. There were fewer and fewer independent grocers dealing with independent distributors.

Although the Ryan Company brought in some experienced supervisors to its Fergus plant, the operation seems to have been plagued by the same production problems that had made the plant unprofitable for Black and Shortreed.

According to oral traditions, the firm raised some of its own hogs in barns that once stood to the south of the Fergus-Elora highway.

William Ryan and Co. concluded in 1913 that the Fergus plant could not be operated at a profit, and closed it down after little more than seven years. For the next three years the building sat idle.

A purchaser for the building did not appear until 1916, when George and Bob Maude acquired it for their small manufacturing business, producing steel barn stabling and equipment.

The Maudes started their business in 1911, basing their designs on technology developed at the Beatty Bros. firm.

Snubbing their much larger rival, they named their firm Superior Barn Equipment. Within five years, their success had taken them from a backyard shed-type operation to a respectable small industry.

The Cold Storage building provided adequate space for their growing business, and the railway sidings along either side of the building gave them ready access to transportation.

Superior Barn Equipment expanded steadily through the First World War. The increase in the assessment of the property is a good marker for its growth: from $1,800 in 1916 to $3,275 in 1919.

By 1919, the Maudes saw great opportunity in future expansion, and desired to challenge the Beatty Bros. in a regional and even national market.

The problem was lack of capital. Their solution was to form a limited company, which they arranged through a Toronto legal firm specializing in corporate organization.

The restructured firm, Superior Barn Equipment Co. Limited, would have 3,000 shares, worth a par value of $100 each. In return for the existing facilities, the Maudes received 1,000 shares.

George Maude became president of the firm and its managing director, and Bob Maude its treasurer.

Along with the infusion of new capital, George Maude planned to set up a dealer network across the country. He encouraged new dealers to subscribe for stock in the company, in an effort to have the firm owned by people close to the industry, rather than by unknown distant investors and speculators.

He also hoped to sell stock locally. Like the original organization of the Fergus Cold Storage Company in 1902, it was an attempt to mobilize local capital into a local business. Superior Barn Equipment was a local success story for a time.

(This column will look at the history of Superior Barn Equipment more fully at a later date, in conjunction with the history of the Beatty Bros. business, because the stories of the two firms are interlinked in several respects. I thank several Fergus residents for loaning me Superior Barn Equipment documents, and I would like to hear from anyone who worked for the firm.)

*This column was originally published in the Elora Sentinel on Jan. 19, 1993.