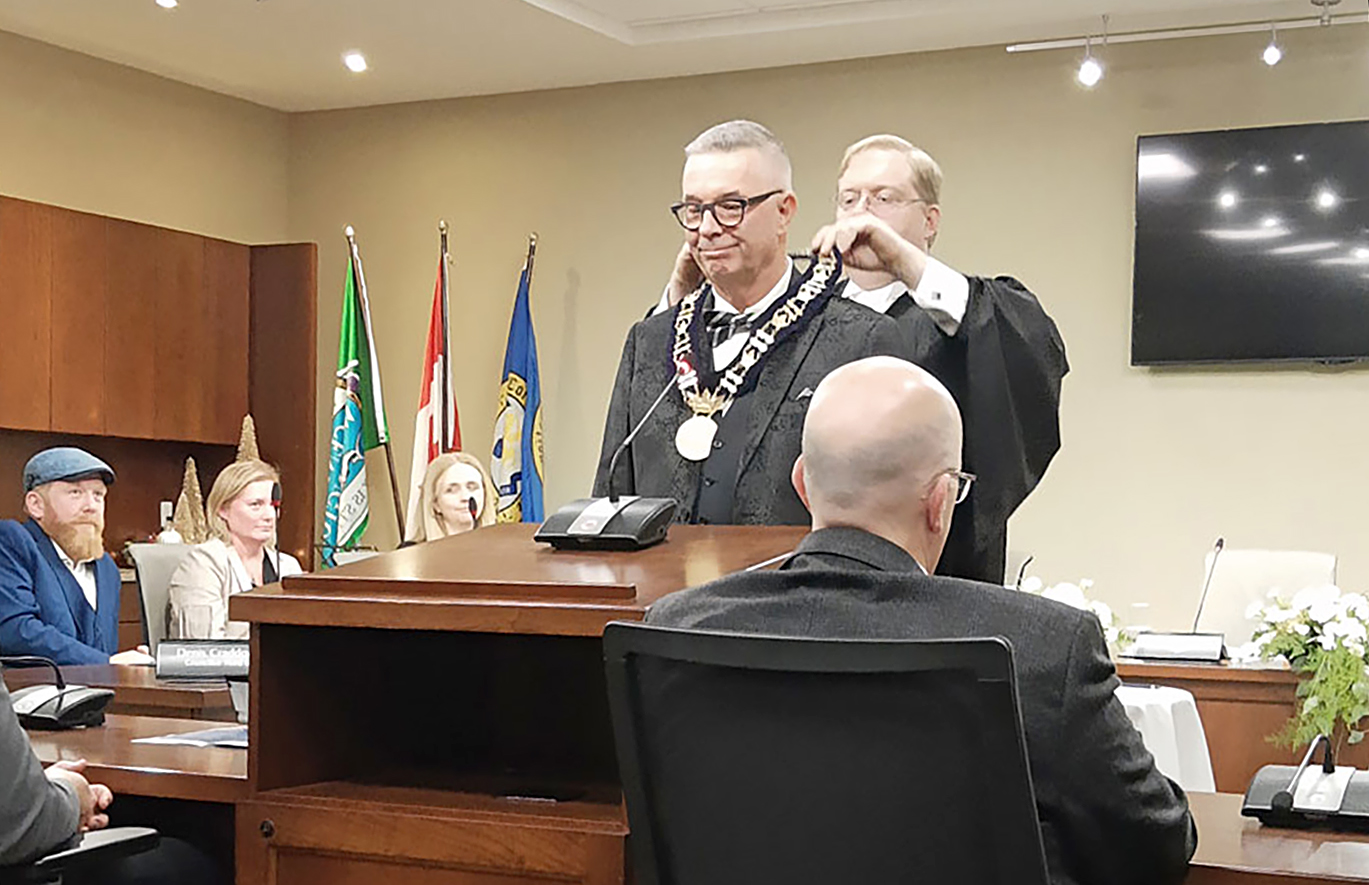 ELORA – It was a short but stately ceremony at township hall on Nov. 21 as Centre Wellington’s newly-elected council was inaugurated.

A piper ushered them in, a choir sang O’Canada, and Eric Davis of SV Law saw to the legalities as the mayor and councillors took their oaths.

Mayor Shawn Watters, who was previously a township councillor and county councillor, noted this was his sixth inauguration, “and it never gets easy,” he said.

He thanked his friends and family for their support during the election. 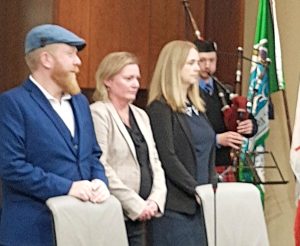 And he thanked staff for their continued professionalism and expertise in preparing the new council for the challenges ahead.

To his new council: “At times you’ll be scrutinized by the public and it may get tough,” he said. “You’ll get through it… Remember you are not an island.”

Watters said the new council will listen, be respectful of differing opinions, and come together on decisions.

And there will be many difficult decisions ahead as he outlined what he sees as the priorities of this council:

“For council to meet these challenges we must work together,” Watters said.

But for now, “Relax, smile, be proud. This is your night,” he said. 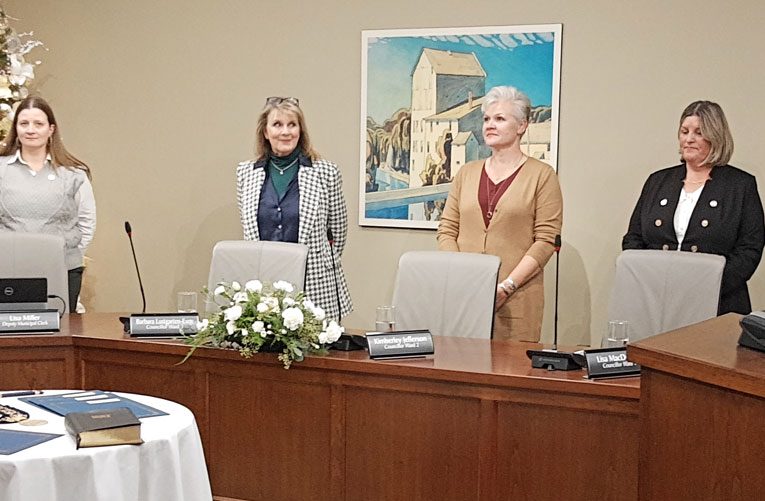