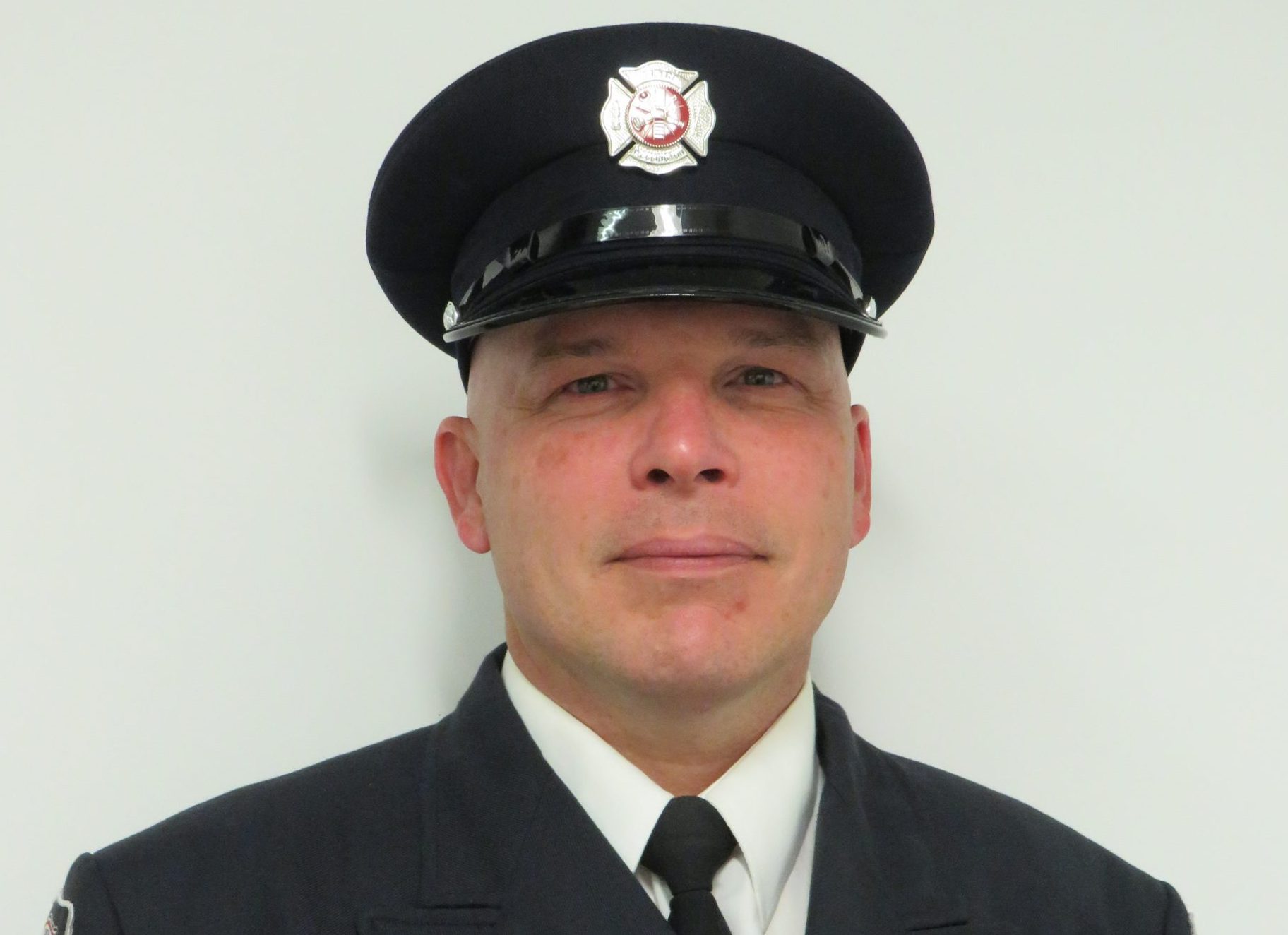 Centre Wellington firefighter Jamie Hiller has received the Medal of Merit from the Fire Fighters’ Association of Ontario for his quick thinking after a vehicle accident in Fergus in 2019. Submitted photo

CENTRE WELLINGTON – Firefighters, whether volunteer or full-time, are accustomed to saving lives, but they aren’t usually called to duty in their off hours.

But for Jamie Hiller, it seems to be his modus operandi.

In 2019, Hiller, a volunteer firefighter in Centre Wellington, found himself at the scene of two accidents where his training and quick thinking saved lives.

Hiller was awarded the Medal of Merit by the Fire Fighters’ Association of Ontario.

According to the release, Hiller was off-duty on Jan. 19, 2019, travelling north on Highway 6 in Fergus with his daughter in his car, when a vehicle pulled out in front of him without warning.

Hiller avoided a collision with the vehicle and noticed that the driver was slumped against the driver’s side window as the vehicle continued to cross both lanes of traffic before crashing into a snowbank.

The driver was unresponsive and Hiller flagged down a snowplow and asked the driver to call 911.

“With disregard for his own personal safety and understanding the seriousness of the situation, Hiller smashed out the rear passenger window, allowing him to crawl inside the vehicle,” states the firefighters’ association.

“Once inside, he was able to reach through the seats and put the vehicle in the park position, unlocking the driver’s side door.

He then climbed back out of the vehicle through the window and did a quick assessment of the driver, who was without vital signs. Hiller pulled the driver away from the vehicle and proceeded to perform CPR.”

The driver was taken to St. Mary’s Hospital Cardiac Unit in Kitchener and he survived.

“The only reason (the driver) was still alive was thanks to the quick action by a local off-duty firefighter,” states the release.

“It feels good,” Hiller said in a phone interview on Jan. 11. “I knew a nomination was put forward, but I had no idea I’d receive the medal.

“I think it comes down to looking at the events surrounding the incident. I’m glad it turned out positive. It definitely was a group effort.”

That wasn’t the end of Hiller’s off-duty heroism that year.

In June of 2019, he was again driving with his daughter, this time in the area of Northfield Drive near Conestogo.

In this instance, a garbage truck stopped abruptly in front of him and the driver got out looking frantic.

“I drove around him and saw he had run over a car,” Hiller said. “Then I heard screaming. Someone was trapped in the vehicle.”

Once again, Hiller leaped into action. He smashed the car window, went inside – head first –  and saw that the driver was unconscious.

It was the passenger who was screaming – a young woman – “and the car was crushed around her body. I’ve seen thousands of accidents, but I’ve never heard someone scream like that,” Hiller said.

He told some nearby construction workers to call 911 and was able to relay what equipment would be required for this rescue.

Hiller is a 28-year veteran with the Centre Wellington fire department and said it’s “just a fluke” that he was present at these accidents.

While he was awarded the Medal of Merit, he credits the whole emergency response team.

“As first responders, it’s like a ballet. Everyone has a part to play, and they know their part really well,” he said.

The Medal of Merit is awarded for an emergency event where a firefighter or firefighters show good judgement, and/or take a calculated risk to save a life.

Since its inception in 1983, 55 Medals of Merit have been awarded for 33 separate incidents involving firefighters from 25 fire departments across Ontario.

Hiller said he also helped with a rescue several years ago, when a vehicle was T-boned, rolled and the occupants were trapped.

His daughter was with him at that time as well.

“So she’s seen her dad in action for three rescues,” he said. “She’s very nervous to get her driver’s license.”

If there’s a message Hiller would like to get out to the community at large, it’s to learn CPR.

““Everyone should know it. It’s not hard to learn and the benefit can be huge,” he said.