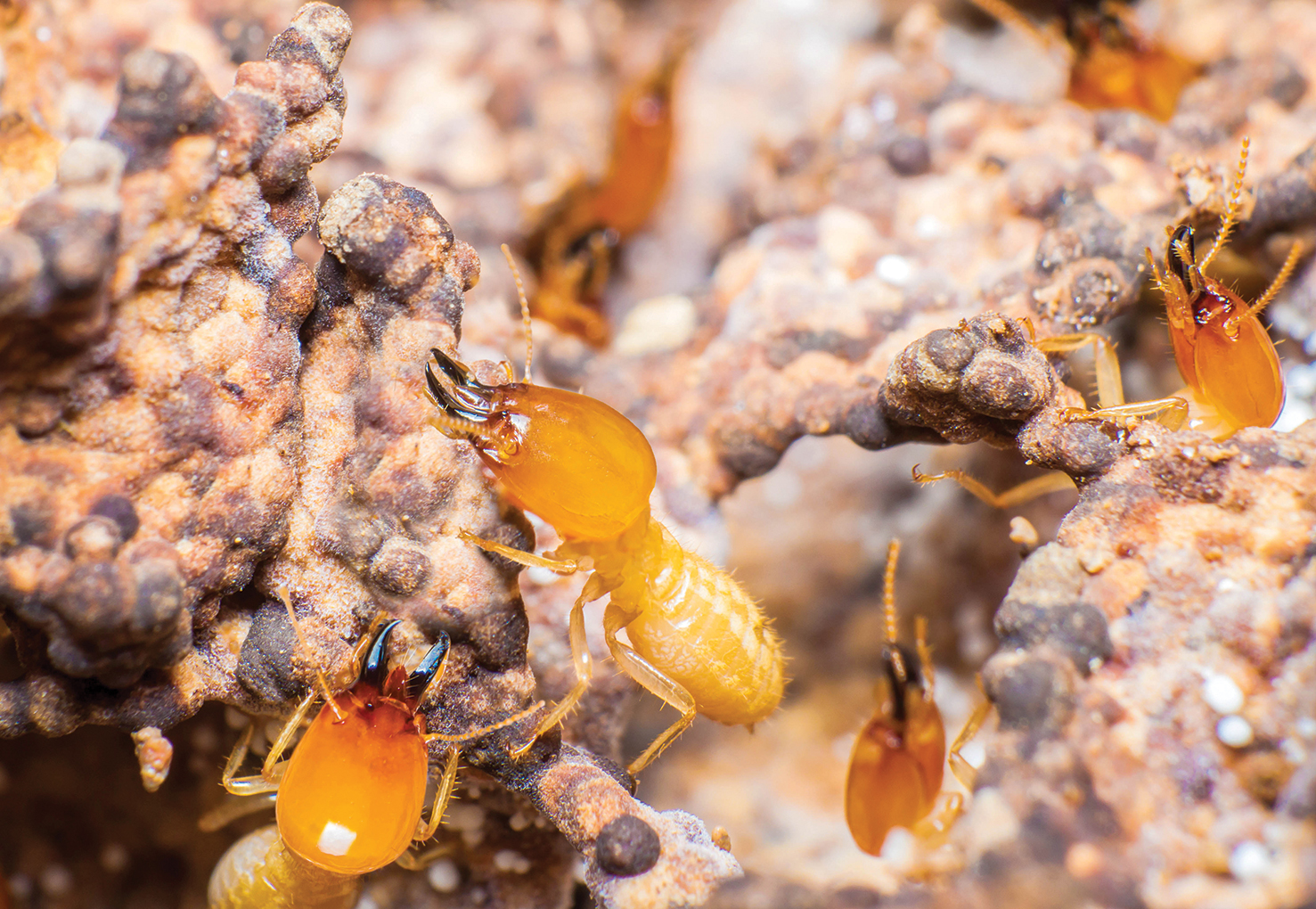 ELORA – Centre Wellington councillors hope Dr. Timothy Myles can do in Elora and Fergus what he did in Guelph – use his termite eradication program to rid the area of the destructive pests once and for all.

Council took the first step at its July 27 meeting when it approved a motion to consider a termite management program during 2021 budget deliberations, and to explore funding options other than drawing from the tax base.

Until council decides on ongoing funding, Myles will survey properties in known termite zones, map them and get an idea of the extent of the problem here.

Myles is an urban entomologist and among the foremost world authorities on the biology, systematics, control and management of termites.

He managed the City of Guelph’s termite problem from 1998 to present and has done work for other municipalities, including Kitchener and Woolwich Township.

He spoke to council on Monday.

“I think Centre Wellington has a bigger problem than Guelph did,” he said.

Centre Wellington’s termite zone maps are at least 20 years old, “and there are 1,300 properties in the designated areas. We’ll work in blocks starting at the core.”

It will cost about $15,000 for this initial work, which Brett Salmon, managing director of planning and development, said could be absorbed by the building division’s operating budget.

But the actual program will cost about $60,000 per year and it will take a multi-year approach. Council will decide during budget talks whether it can afford the program.

Fergus resident Tammy Rutherford could not be more delighted with council’s initial support for the program.

She told council she bought a house in Fergus some 22 years ago and 12 years ago realized there were termites in the home.

“People don’t like to talk about it,” she said. “They are afraid their real estate value will decrease. But there are hundreds of homes in the termite zone and the problem is getting worse.”

She advocated for an eradication program rather than the piecemeal treatments homeowners must pay for on their own.

Those treatments don’t get rid of the problem, she said; they just move termites next door for a while. And then they come back.

Councillor Neil Dunsmore asked about educational materials for the public and bylaws so builders will use termite resistant materials.

“We work with builders in the termite zone,” Salmon said. “South River Road (development) knows about termites. There is a (termite control) bylaw on the table but it probably should be updated.”

“Like bridges, this will take an entire community response. We all need to pitch in,” said councillor Ian MacRae.

The termite survey work is scheduled to take place each weekend in August, for five consecutive weeks.

Homeowners in the affected areas will be notified of the inspections with a request to allow access to their properties.