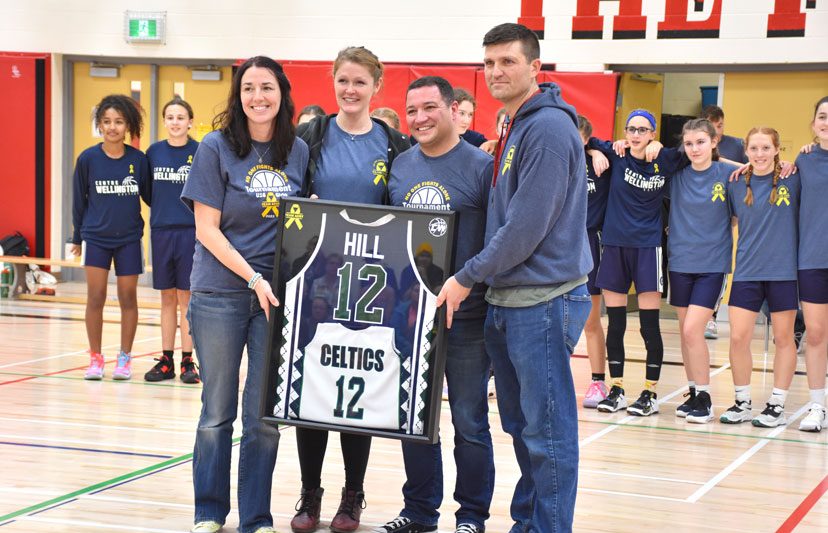 The Centre Wellington Celtics held a small ceremony during a basketball tournament on Jan. 21 to remember Addison Hill, the 14-year-old who died from cancer last year. The team retired her number 12 and Team Addy sold hoodies and T-shirts to raise money for Sarcoma Cancer research and Toronto Hospital for Sick Children. From left are: Addy’s mother Jessica Hill, coach Marie Adams Robertson, father Dave Hill and coach Andy Abra, with the team in the background after some moving speeches. Photo by Joanne Shuttleworth

The 14-year-old, who died from sarcoma cancer in July, was an avid basketball fan and out of respect for “Addy” as she was called, and to honour her memory, the Centre Wellington Celtics U-16 team decided to retire her number.

“I’m feeling the love in the room. It’s very uplifting.”

Addy started playing basketball in the spring of 2020, when COVID-19 lockdowns prevented the Celtics from practicing properly in a gym.

Instead, she practiced on her coach’s driveway and fell in love with the game.

But she scarcely got to play before she was diagnosed and surgery and chemotherapy treatments prevented her from returning to the court. 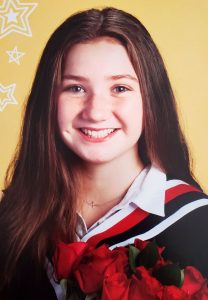 “Addy was great to coach, but she was hard to coach,” said coach Marie Adams Robertson during a short ceremony before the Celtics played in a Jan. 21 tournament at Centre Wellington District High School.

She called Addy “determined, to the point of being obstinate.”

But she was talented, worked hard, and contributed to the team, Adams Robertson added.

“It’s been an honour to be part of Addy’s life.”

The circle that formed around Addy now calls itself Team Addy, and it has held several fundraisers throughout the year, raising more than $200,000 for Toronto’s Sick Kids Hospital to continue pediatric cancer research.

Team Addy T-shirts and hoodies were sold at the game and the group intends to continue raising funds in Addy’s memory.

“But the community support has been monumental.” 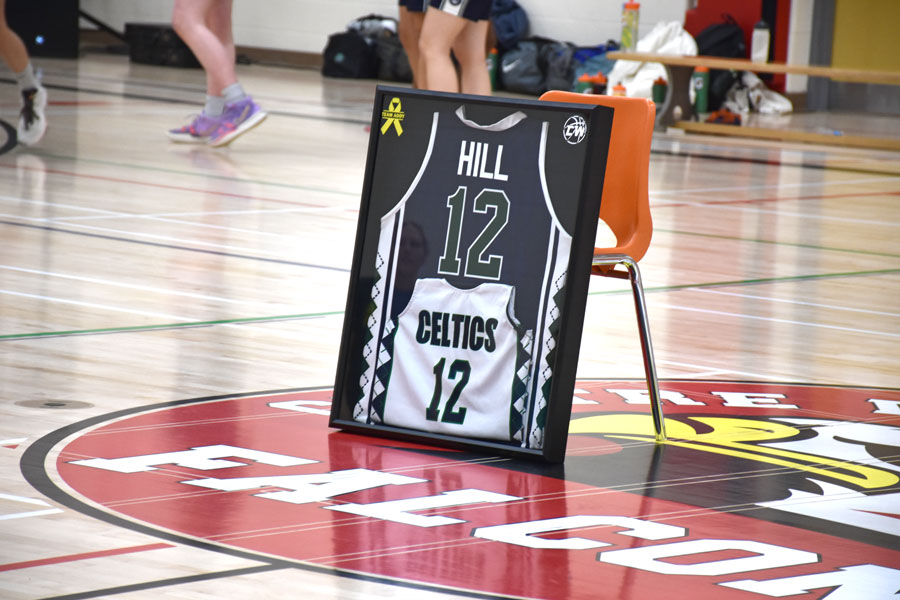