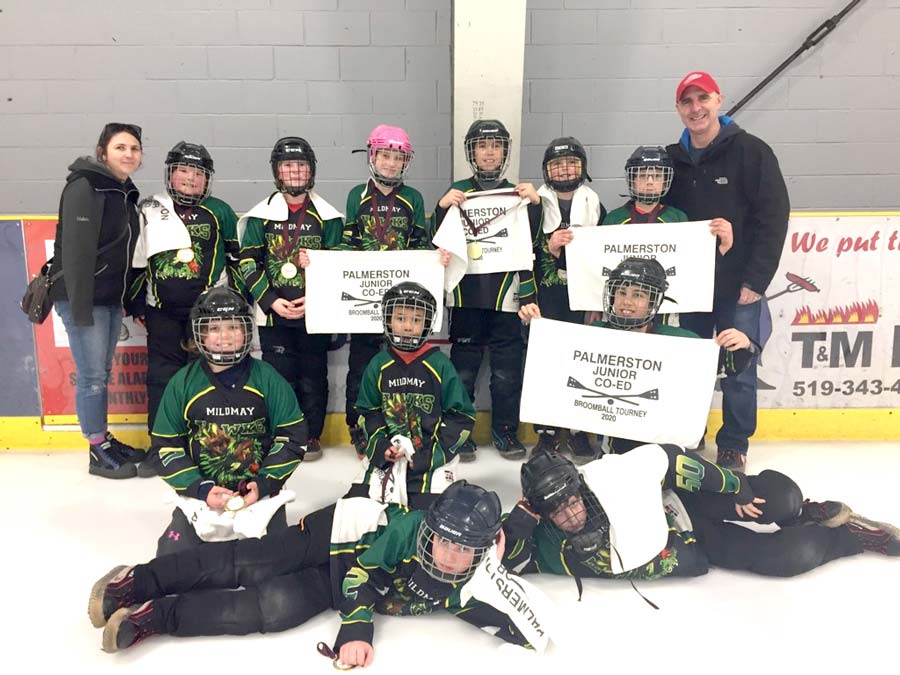 MINTO – The 15th annual Palmerston Junior Co-ed Broomball Tournament drew teams from as far as Windsor and Barrie to arenas in Palmerston and Harriston from March 5 to 8.

Organizers Al and Connie Walter report the tournament, with 33 teams, was one of the largest ever.

“Probably over 1,200 people came through the arenas as there were a lot of fans for the games,” they note.

The Palmerston Express made the finals in the Atom division before losing 1-0 to a team from Seaforth.

Mildmay White downed Mildmay Blues 2-0 for the championship at the Bantam level.

Organizers pointed out a tournament of this scale couldn’t be run without numerous volunteers. They thanked the timekeepers and other volunteers who worked the door, supervised the silent auction, sold raffle tickets and businesses who donated items for the auction and draws, as well as the referees, some of whom donated their stipends back to the tournament.

Organizers also thanked coaches for their efforts in running the teams and the Palmerston Junior Broomball executive members “who put a lot of time into this to make the event run well.”

All proceeds from the event to back into the Palmerston Junior Broomball program.

Submitted by Al and Connie Walter