OTTAWA – Senator Rob Black wants to draw attention to the critical state of soil in Canada.

As one of Canada’s most precious natural resources, soil conservation is a top-of-mind matter for the agriculture and agri-food sectors states an Oct. 7 press release issued by the senator’s office. 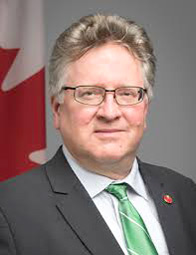 Black, a Centre Wellington resident,  highlights the fact the last federal report on soil health, entitled Soil at Risk: Canada’s Eroding Future, was published 35 years ago by the Standing Senate Committee on Agriculture, Fisheries, and Forestry.

“In the decades that have passed since that report came out, the agricultural industry has changed and grown,” said Black.

“Some farmers have transitioned to more soil-friendly practices, such as no-till farming, planting cover crops, and crop rotations.

“However, a concerning amount of Canadian soil has already been eroded and continues to lose its organic matter.”

While the global community continues to face the COVID-19 pandemic, the release states it is imperative that the Canadian government continue to support domestic workers across the agricultural and agri-food sectors.

“The future of this country is intrinsically linked to the health of its ecosystem, which in itself hinges on soil health,” the release continues.

Black states he will continue advocating for a new study on soil health in the second session of the 43rd Parliament.