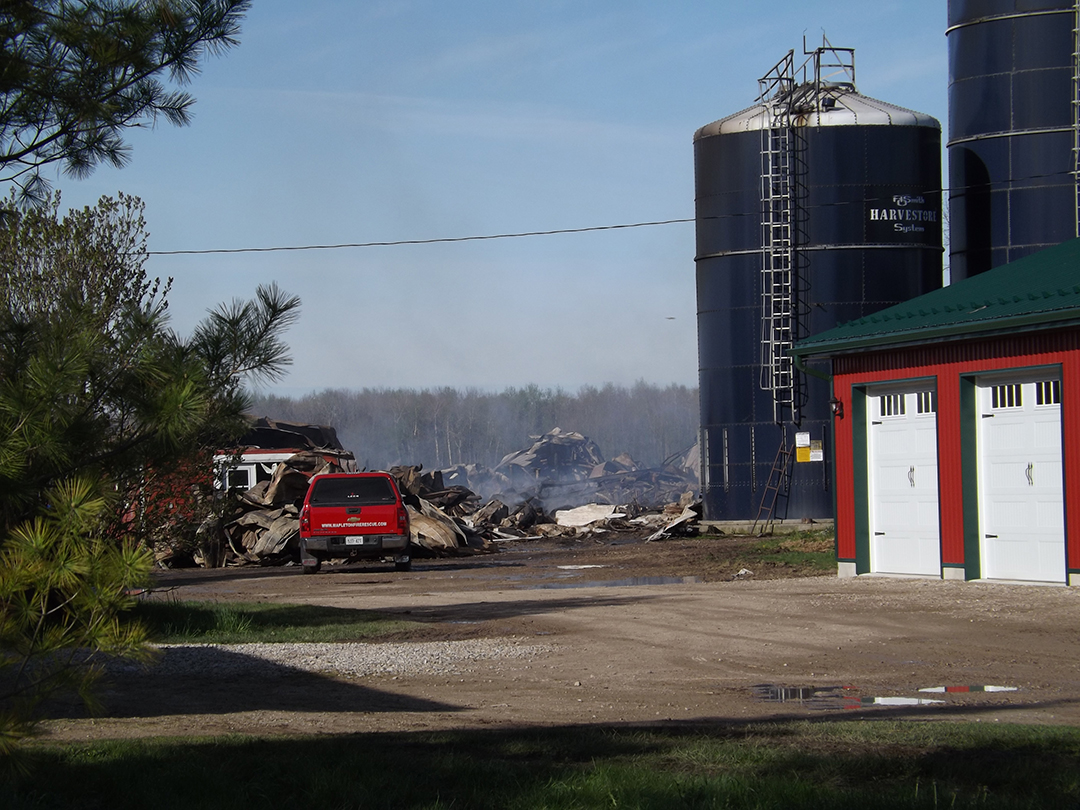 An undetermined number of cattle were lost as fire destroyed a dairy barn in Mapleton on May 20. Mapleton firefighters were called to the blaze on Concession 6, south of Moorefield, at around 5pm. Fire Chief Rick Richardson said the fire was accidental and started in the upper level of the barn. Richardson said the farmer was able to release some cattle from the burning barn and firefighters got others out. Wellington County OPP initially estimated around 50 cattle were unaccounted for, but in a May 21 update the OPP estimated 12 had perished. Richardson said on May 21 some of the freed cattle suffered smoke inhalation and later had to be put down. While a complete damage estimate was not available, Richardson said the bank barn was completely destroyed, though the milk house portion and some surrounding silos may be salvageable.  Photo by Patrick Raftis