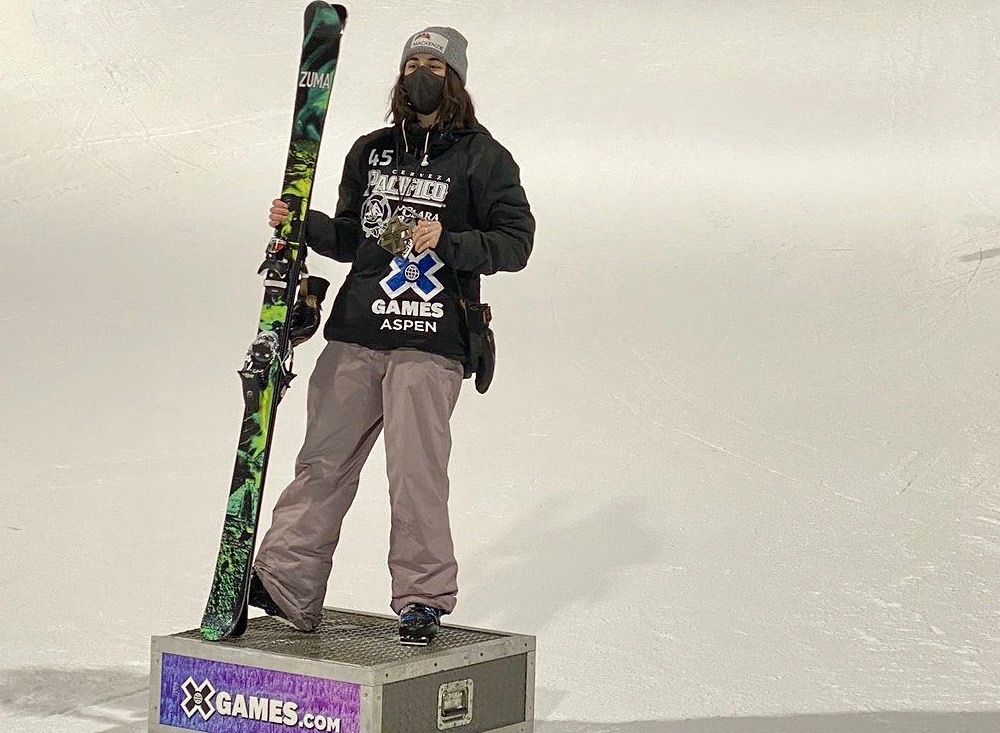 ERIN – Rachael Karker was twisting and turning in the air on way to making a comfortable landing.

The 23-year-old from Erin reached the women’s ski superpipe podium at this year’s Winter X Games (Jan. 25 to 28) in Aspen, Colorado, taking home a bronze medal.

“I’m really happy and proud of myself to get back to that point and still land on the podium,” said Karker.

The X Games is considered the Olympics or Super Bowl of extreme snow sports.

This year, spectators were not allowed in attendance. However, it was televised on TSN.

Karker started off getting some big air on the pipe, then came down to complete a flair (a backflip with a 180-degree horizontal rotation), followed with a 900 (a 900-degree spin of two and a half rotations) on the right and left side, a 720 (making two full 360-degree rotations) and finished off with a switch.

Karker has not skied in about 11 months due to the COVID-19 pandemic cancelling the Dew Tour and her International Ski Federation World Cup appearances.

She was also recovering from some injuries.

“I’m nervous, a lot,” said Karker. “At every event, I’m nervous, but I get freaked out when I’m not nervous because that means I’m not paying attention to what I’m doing.

“That can get dangerous. Things go wrong when you are not paying attention.”

She skied for the first time in January, trying to get her footing.

Representatives of the X Games, an invitational event, called her up to compete with only 10 days to prepare.

“Some of my competitors had a year since the last X Games, and I still managed to reach the podium, which I’m really happy about — just by being consistent and trusting I know what to do at this point,” said Karker.

She learned to ski at about the age of two in Caledon. She would race with her family every weekend at Hockley Valley Resort.

Karker left the sport at the age of 10 to compete in artistic gymnastics and later focused on the trampoline.

“I came back to skiing because my brother, Austin, was in freestyle, and I really wanted to try it,” said Karker.

“I came back around 15 and started skiing in the park and eventually transitioned into halfpipe at 17.”