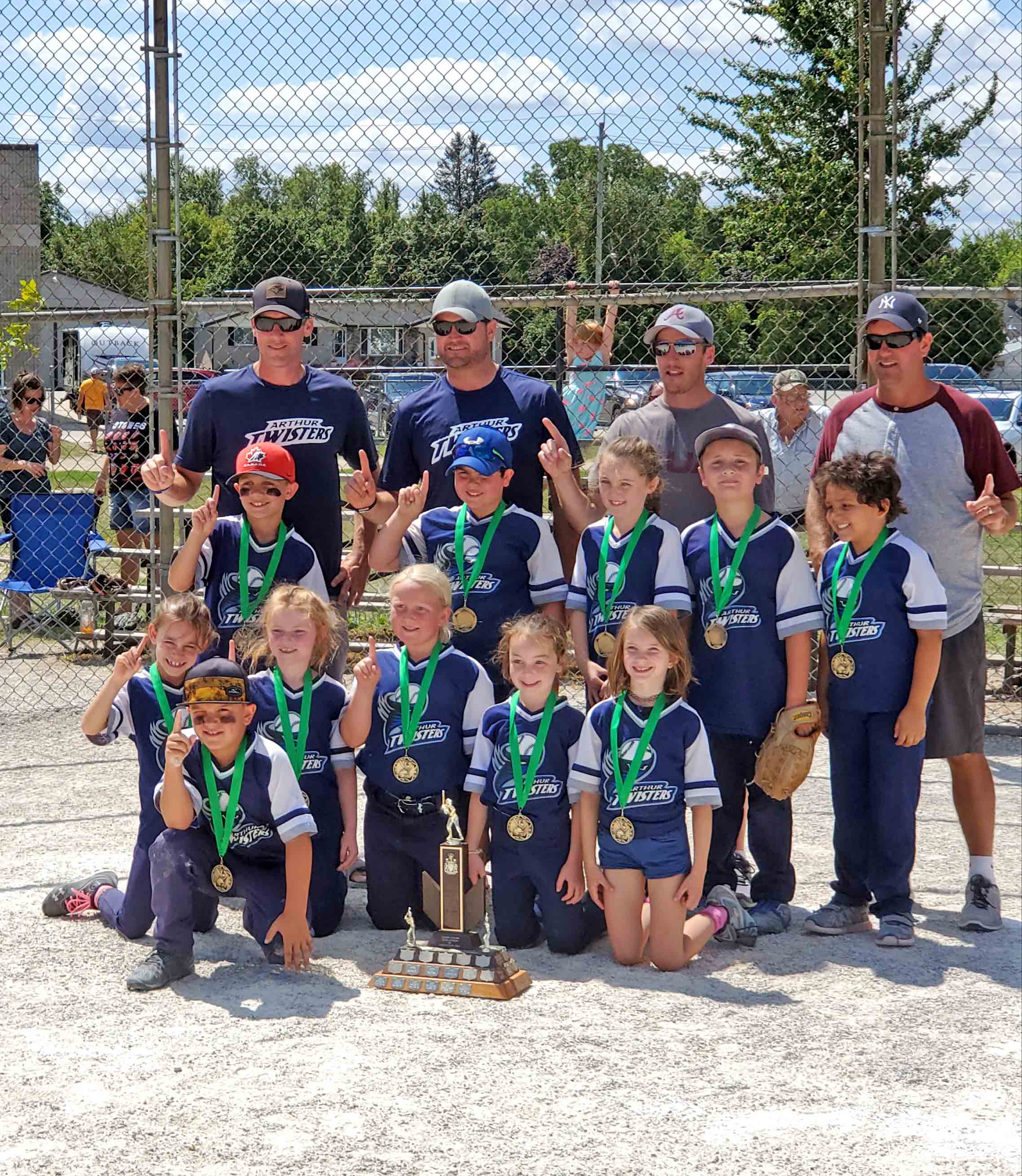 The Arthur Twisters Blue, mixed mites, won gold this year. The team lost one game during the season and went undefeated during the championship tournament. The team took home the gold on Aug. 11. “They were a great team and worked hard this year to come out on top,” state team officials. “They had a great coach in Brad McClennan. He helped them become the best team out of the 13 in the league this year.”       Submitted photo